Belgian squad WRT has “surprised everyone” by challenging for the LMP2 title in its maiden season in the FIA World Endurance Championship, according to Ferdinand Habsburg.

After winning prestigious GT races like the Nurburgring 24 Hours and Spa 24 Hours, WRT has ventured into prototype racing this year with a twin programme in the WEC and European Le Mans Series, running an Oreca 07 in both categories.

Having wrapped up the ELMS title with a round to spare, WRT is now gunning for LMP2 honours in the WEC, with back-to-back victories in Le Mans 24 Hours and Bahrain 6 Hours putting it in the lead of the championship ahead of this weekend’s title decider.

United Autosports’ Philip Hanson is also in mathematical contention for the title, but at best has an outside chance of defending his crown in the car he shares with Filipe Albuquerque and Fabio Scherer.

“When you speak of expectations, the team always expects to win,” Habsburg told Autosport. “At the moment we are hitting the target.

“But I think if someone had told WRT that in their first year of prototypes, that they will win ELMS, that they will Le Mans and that they will be leading the World Endurance Championship after the penultimate round, I think they would sign that deal any day and they'd be super happy with it.

“They deserve everything that they've earned this year. They surprised everyone and have earned their respect up and down the grid. I think it will pay off in the long term to have put all this effort in.” 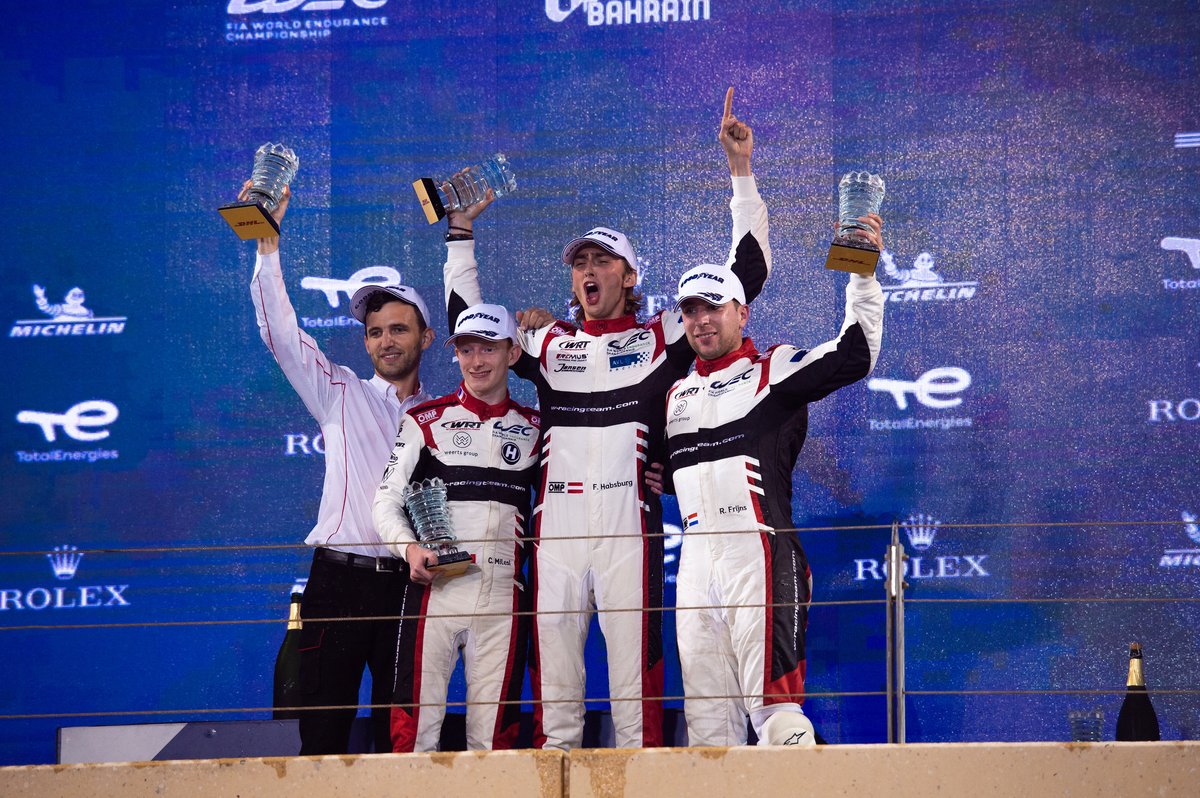 With a maximum of 39 points on offer in the Bahrain 8 Hours, including an extra point for pole position, Habsburg feels WRT must win the title decider this Saturday to guarantee itself the title.

“[The points situation] keeps us on our toes, we've got to win, we've got to win on Saturday,” he said. “If we don't win we have a high risk of losing the championship and we are super aware of that.”

“I think the pressure is on and whoever deals with that pressure best will win the championship. I don't think we are necessarily better than JOTA or United, I think we all are on a very very high level and at the moment we have the edge but we need to keep at it, otherwise we are going to lose it.”

Habsburg joined WRT during its second season in the DTM with a customer Audi RS5, impressing the outfit with a strong run of results including a podium finish at Zolder before making the move to prototypes with the team in 2021.

Asked if he wishes to remain with WRT for the 2022 season, Habsburg said: “I would like to, yeah. My contract with WRT ends this year and I'll be absolutely chuffed and honoured to be re-signed by them.

“I think we always speak about what the future can hold. I think we have a good relationship and get on with everyone really well and I hope that they are happy with my performance this year, and if it seems solid enough Vincent [Vosse, team boss] might have me for another year.

“But I think Vincent has got very big plans, he's got a lot of cards to hold and he's got to prioritise the team and I think that's what he does best. if I am a part of that, that's awesome. If not, we will stay good friends. And if not next year, maybe the year after.”