Loic Duval topped the times with a 1m45.719s set on his fourth flying lap aboard the #8 Audi R18 e-tron quattro at the start of the one-hour session.

That initially put him just over half-a-second up on team-mate Marcel Fassler in the #7 Audi, before the two Porsche 919 Hybrids set their fastest times to separate the Audis.

Brendon Hartley ended up second with a 1m46.051s in the #1 Porsche to trail Duval by just over three tenths.

Romain Dumas was just under three hundredths slower that his team-mate in the second of the Porsches on a 1m46.080s.

Kazuki Nakajima was the fastest Toyota driver in fifth position, ending up on a 1m46.883s in the #5 TS050 HYBRID.

Rebellion Racing was back on top in the battle of the LMP1 privateers, Alexandre Imperatori's 1m52.538s putting him seven tenths up on ByKolles driver Oliver Webb. 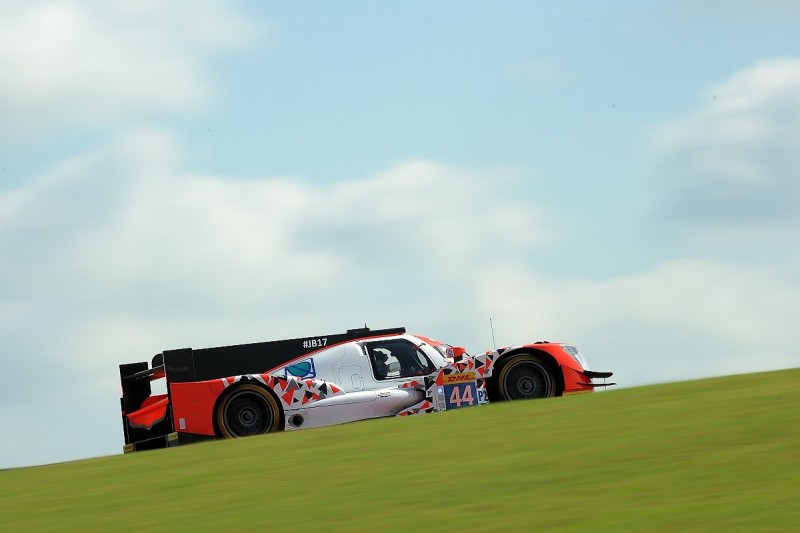 Roberto Merhi was quickest in LMP2 for the Manor team.

The Spaniard's 1m55.696s in the Manor ORECA-Nissan 05 put him less than a tenth up on second-placed Bruno Senna in the RGR Sport Ligier-Nissan JSP2.

Alex Brundle was third fastest in the G-Drive ORECA a further two tenths back.

Aston Martin was quickest in GTE Pro with a 2m03.368s from Marco Sorensen.

That put the #95 Aston Martin Vantage GTE eight tenths up on the second-placed sister car, with Fernando Rees at the wheel, and a full second up on the best of the AF Corse Ferrari 488 GTEs with Gianmaria Bruni driving.

Harry Tincknell was less than a tenth back in the fastest of the Ganassi Ford GTs.