The Brazilian's participation in the blue riband round of the World Endurance Championship on June 17/18 has been confirmed along with that of the Racing Team Netherlands LMP2 squad put together by Lammers.

They will drive a Dallara-Gibson P217 together with team backer Frits van Eerd, who is also contesting the European Le Mans Series with Lammers.

Lammers, who won at Le Mans with Jaguar, said: "I'm delighted to hear that we have been excepted for my 23rd Le Mans and Racing Team Netherlands' first entry

"We are extremely proud to enter some Brazilian flavour into Le Mans."

The Dutch-entered Dallara will be one of 25 LMP2 cars on the grid, which represents an increase on the 23 that started last June's race.

All four of the constructors licensed to build cars for the new P2 formula are represented.

There are a total of 15 ORECAs, including the 10 that will contest the WEC, six Ligiers, three Dallaras and a solo Riley entered by the US Le Mans regular Ben Keating.

LMP2 has taken up the entries that have been lost in LMP1 and GTE Pro.

The DragonSpeed squad, a race winner in the European Le Mans Series last year, has received a Le Mans entry for the first time.

The LMP1 entry that has been hit by Audi's withdrawal and Rebellion's move to LMP2 has been bolstered for Le Mans by confirmation of a third car from Toyota. 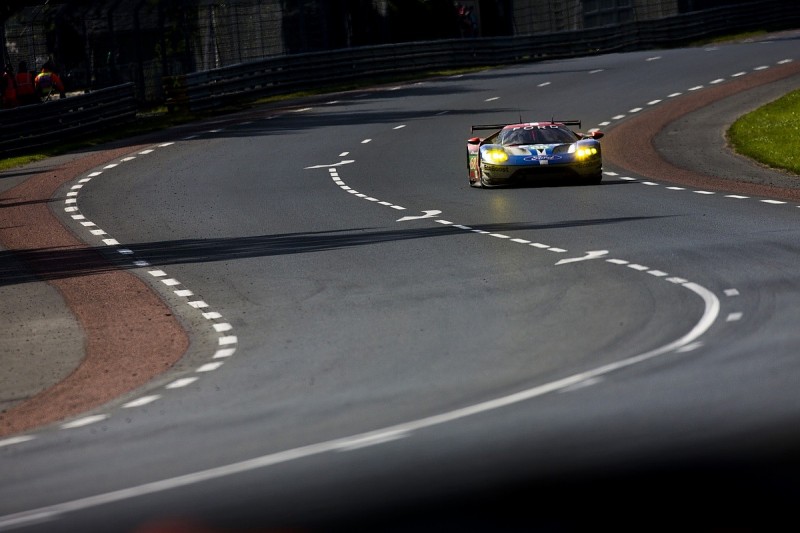 FORD GETS ITS FOUR ENTRIES

Ford, winner in GTE Pro last year, will again be present with four cars field by both the US and British-based arms of the Chip Ganassi squad.

Ford Performance director Dave Pericak said: "We are very pleased today to have all four cars back to defend our position."

Brazilian Pipo Derani, winner of last year's Daytona and Sebring US enduros, will join its UK-based Ganassi squad for Le Mans and the first two rounds of WEC.

He will take the seat alongside Andy Priaulx and Harry Tincknell filled by Marino Franchitti last year.

American Billy Johnson will again drive with Stefan Mucke and Olivier Pla in the other British-entered Ford GT.

There are a total of 16 entries in GTE Am, including two Ferrari 488 GTEs from 2017 class winner Scuderia Corsa.

Debutant teams at Le Mans this year include the British Tockwith and TF Sport teams, which have solo entries for an LMP2 Ligier-Gibson P217 and an Aston Vantage GTE respectively.

There is no entry for a car featuring innovative technology, the former 'Garage 56' spot, this season.