A total of 28 cars, which compares with last year's 32, were on the list when the entries for both the WEC and its blue-riband round, the Le Mans 24 Hours, were revealed in Le Mans on Thursday afternoon.

Just five cars will contest the LMP1 division as expected, following the withdrawal of Audi and top privateer Rebellion Racing's move to LMP2.

The two full-season factory entries from Porsche and Toyota are joined by the privateer ByKolles CLM-Nissan, whose drivers will include ex-Formula 1 racer Robert Kubica.

Toyota will also field a third TS050 HYBRID at the Le Mans 24 Hours and at the Spa round in May, a move confirmed on Thursday morning. 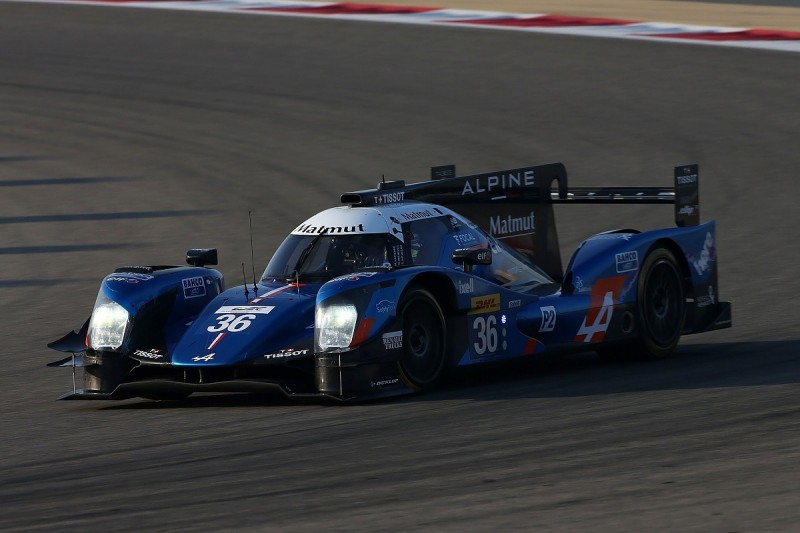 The entry in LMP2 remains stable at 10 cars, but only one of the four constructors licensed to build cars to the new regulations will be represented, ORECA.

Reigning champion Signatech will field a pair of cars badged as Alpine A470s and has so far confirmed Nicolas Lapierre and Stephane Richelmi in its two cars.

TDS Racing moves up from the European Le Mans Series to field two cars, one in conjunction with Russian entrant G-Drive Racing.

The British Manor squad continues in LMP2 for a second year and will enter its two ORECAs under the CEFC Manor TRS Racing banner in deference to a new sponsor.

Rebellion Racing and Jackie Chan DC Racing, which is running in conjunction with the British Jota Sport squad, had already announced their plans.

It has confirmed that champions Nicki Thiim and Marco Sorensen, and Darren Turner and Jonny Adam will drive the two cars.

Porsche returns with two of its mid-engined 911 RSRs and has so far confirmed three drivers in Frederic Makowiecki, Richard Lietz and Michael Christensen.

Ferrari is back with two cars entered by AF Corse and has listed James Calado and Davide Rigon in its two entries.

The UK-based Ganassi team returns with two Ford GTs and an unchanged driver line-up, other than signing Pipo Derani to partner Andy Priaulx and Harry Tincknell at Silverstone, Spa and Le Mans.

Five cars will take part in the GTE Am class, including newcomer Clearwater Racing from Malaysia with a Ferrari 488 GTE and a roster of drivers including marque regular Matt Griffin.

The European Le Mans Series has attracted 36 cars, a tally made up of 13 LMP2s, 16 LMP3s and seven GTE cars.