Jackie Chan DC Racing driver Gabriel Aubry and the Algarve Pro team will not take part in this weekend's Spa round of the World Endurance Championship after failing COVID-19 tests.

A second positive test undertaken at Spa for Aubry, an LMP2 race winner with the Jota-run Chan/DC team in the 2018/19 WEC, has ruled him out of the Spa 6 Hours.

He was initially tested in Paris earlier in the week, the results of which were positive but inconclusive.

Because the Frenchman raced in the Spa European Le Mans Series round last week with the Algarve Pro, the Anglo-Portuguese LMP2 team was forced to self-isolate and undergo COVID tests.

Three members of the team, including a driver who has so far not been named, recorded positive results.

Algarve Pro is now in quarantine at its hotel in the locality of Spa and will not be taking part in the sixth round of the 2019/20 WEC.

It is expected that Aubry will be replaced in the Chan/DC ORECA-Gibson 07 LMP2 car alongside Ho-Pin Tung and Will Stevens by Ryan Cullen. 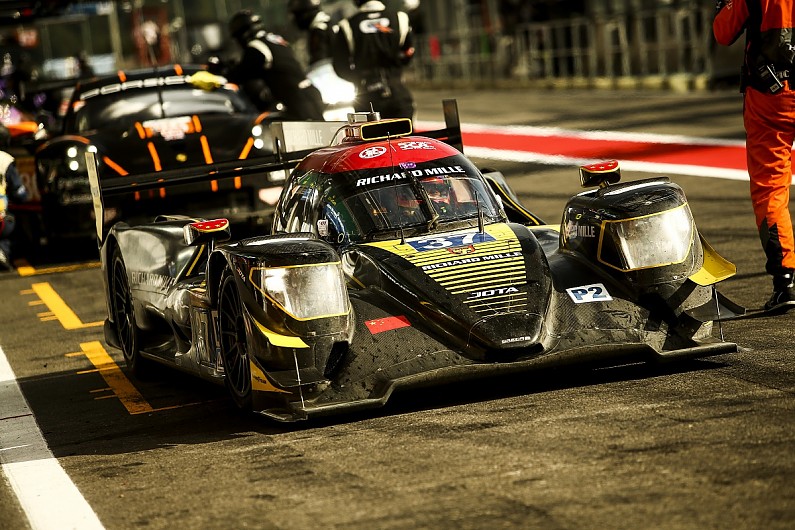 The Irishman, who is racing with DragonSpeed in P2 in the ELMS this year, did not drive in second free practice on Friday morning while he awaits the results of a COVID test.

All other results of those who were identified as coming into contact with Aubry by the WEC's system of contact tracing came back as negative.

These were three members of the Jota team, three technicians from tyre supplier Goodyear and one mechanic from the Rebellion team.

It has been decided as a precaution that these personnel will have to self-quarantine and have a further test in a few days, which means they will take no part in this weekend's event.

None of the positive cases of COVID-19 have so far developed symptoms.

Aubry revealed that he had chosen to undergo testing on his own initiative after a friend he had been in contact with contracted the COVID virus.

He was only informed of the results of this initial test after he arrived back in Spa.