Watching as the Porsche 919 Hybrid flies as though on rails through the sixth-gear left-right-left sequence of corners aptly named the Porsche Curves, your first thoughts are ones of awe.

The spectacle transports you back to the dream cars you once sketched as a nine-year-old in school lessons, except now, that futuristic vision has become a reality, capable of lapping the Circuit de la Sarthe at an average speed of more than 150mph.

The visceral excitement that results from seeing the 919 Hybrid punch out of the corners with a total power output of almost 1000 horsepower is such that it takes quite some time for the brain to make any connection between the prototype out on track and anything that might be seen in everyday use on the road.

This is where Porsche Intelligent Performance comes in. The days of tinkering with engines to extract every last ounce of horsepower, with efficiency a mere afterthought, have been consigned to the past. The 919 is a highly specialised racing car, but one designed with the development of technologies for use in production vehicles very much in mind. 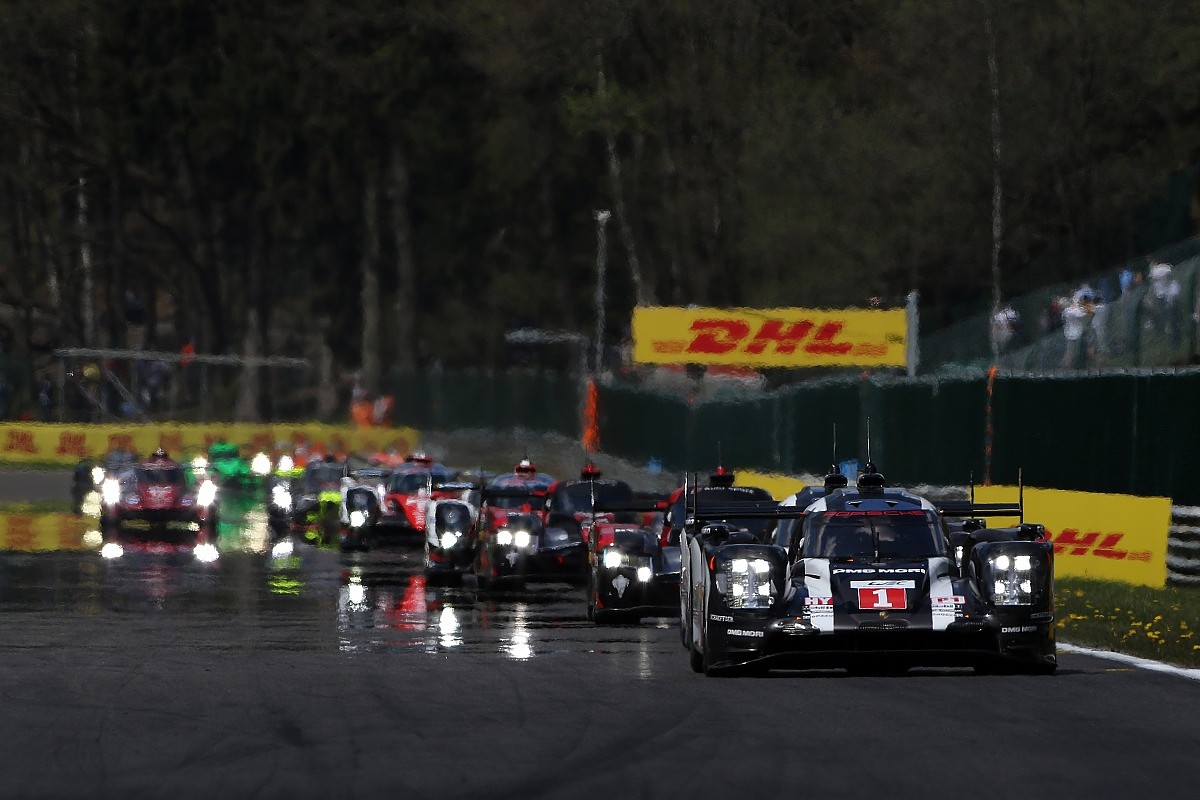 Engineering and design teams have a wide range of parameters that are permitted under the championship's technical regulations, with the choice of petrol or diesel engines - naturally aspirated or turbocharged - and one or two energy recovery systems.

Porsche's innovative solution is to pair a turbo-charged V4 engine, which drives the rear axle, with two hybrid systems powered by lithium-ion batteries; one motor generator unit (MGU) mounted on the front axle to harvest braking energy and another housed within the exhaust tract to recover energy while at full throttle. Together, these allow the driver to deploy more than 400 additional horsepower that can be harnessed to overtake a rival, or used strategically to catch slower traffic at the most opportune point of the circuit.

If the hybrid technology is properly utilised, heavy and inefficient engines focused purely on maximum power are no longer required to set fast laptimes. Indeed, while the four-cylinder unit used in the 919 Hybrid is 'only' a 2.0 litre, this was more than enough for Neel Jani to set a best time just three seconds slower than the fastest lap from last year's British Grand Prix when the WEC visited Silverstone in April.

However, the engine does have to be immensely durable, as the rules stipulate that only five new units per car are permitted during the season before penalties are applied. To give you an idea, the 5,383.46 km completed by last year's Le Mans 24 Hours winners Nick Tandy, Earl Bamber and Nico Hulkenberg in the #19 919 Hybrid would allow you to make four return trips from London to Le Mans and back, or get you from London to California as the crow flies.

Aside from the engine, the 919 Hybrid's state-of-the-art battery management and cooling systems have also provided Weissach engineers with invaluable data for future projects, as seen on the Concept Study Mission E four-seater show car unveiled at the Frankfurt Motor Show in 2015.

But as with any pedigree racing car, the 919 Hybrid will inevitably be judged by its performance on track. Pushing the boundaries with technological developments is part and parcel of modern motorsport, but breakthroughs emanating from proven winners are rightfully given much more credence than those from unsuccessful programmes that fail to properly demonstrate the benefits of including these technologies in the first place. Thankfully, the 919 Hybrid has upheld its side of the bargain on that score, and then some.

Tandy, Bamber and Hulkenberg's triumph at La Sarthe - the first for Porsche since Laurent Aiello, Allan McNish and Stephane Ortelli's victory with the 911 GT1-98 in 1998 - was also a record-breaking 17th for the marque in the 24 Hours and brought Audi's run of five successive victories to an end. 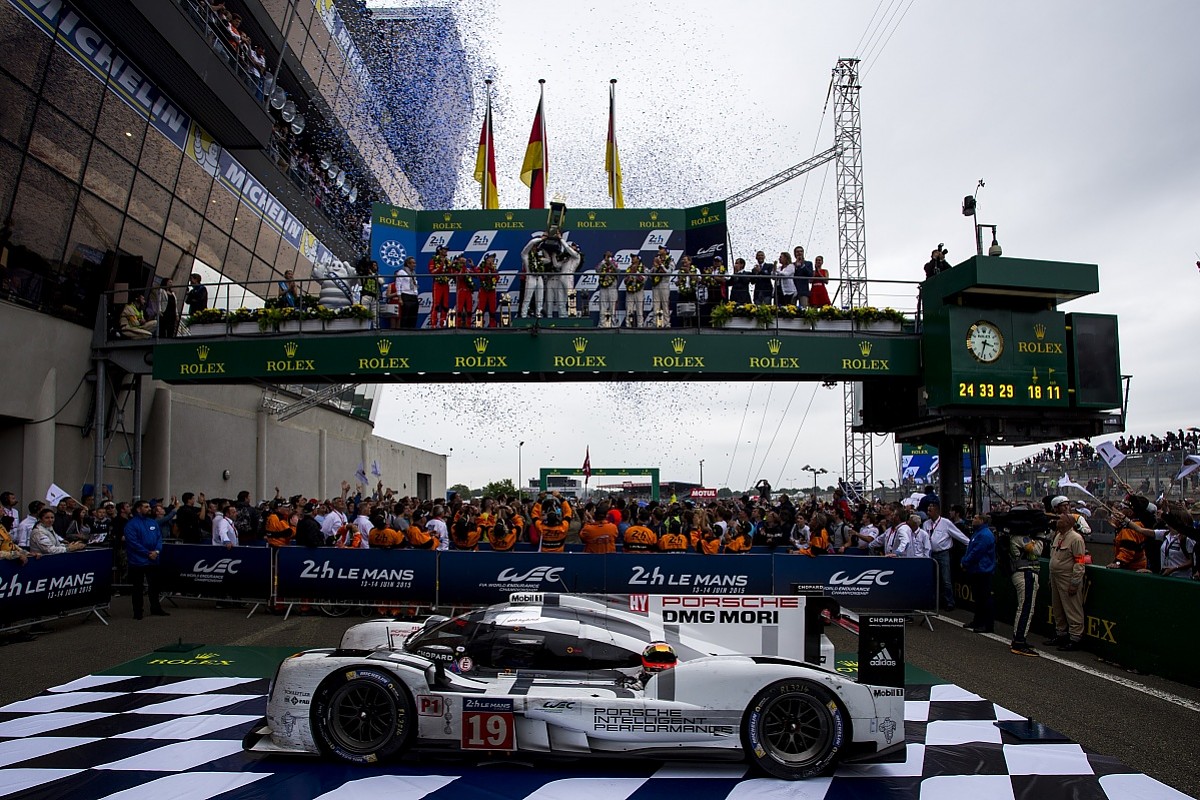 The achievement was all the more remarkable for coming in only the 919 Hybrid's second year of competition, after a season to learn the ropes in 2014 that ended with a first victory in the 6 Hours of Interlagos.

While the #19 car enjoyed the spoils of victory, they were followed home by the sister #17 919 Hybrid driven by Mark Webber, Brendon Hartley and Timo Bernhard, as Porsche secured a 1-2 finish. The latter trio would go on to win the next four races at the Nürburgring, Austin, Fuji and Shanghai before wrapping up the title at the final round at Sakhir, Bahrain, a round won by their team-mates Neel Jani, Romain Dumas and Marc Lieb in the #18 car.

In addition to the drivers' world title, Porsche also took home the manufacturers' championship by an 80-point margin over Audi to cap a season of success that also included the 919 Hybrid qualifying on pole for all eight races, a new WEC record.

It was always going to be difficult to top that phenomenal accomplishment, but now with the prized #1 adorning its car, Porsche has returned in an even stronger position than before. The 2016 iteration of the 919 Hybrid is an evolution of the rocket-ship that beat all-comers last year, with particular emphasis placed on saving weight, improving the hybrid system and refining the aerodynamics and suspension.

They paid instant dividends in the first round at Silverstone as Jani, Dumas and Lieb took victory by a lap over Toyota. On another day, Porsche might have taken a fifth 1-2 finish with the 919 Hybrid, but for an unfortunate accident for the #1 car while leading by 40 seconds.

Pole position for Webber, Hartley and Bernhard at Spa, followed by a second place for Jani, Dumas and Lieb in the race mean Porsche once again holds the lead in both the drivers' and manufacturers' championships heading to Le Mans.

Alongside the lure of winning the most prestigious event in sportscar racing, double points are on offer for the team that best manages to combine the vital elements of speed, efficiency and reliability to conquer Le Mans. All are traits the 919 Hybrid has shown to possess in spades, although the inherently unpredictable nature of 24-hour racing means that nobody, least of all Porsche itself, will be making any bold predictions.

It's plain for all to see that the competitive instincts that made Porsche the most successful constructor at Le Mans are very much alive and well in the 919 Hybrid. Having already achieved Porsche's first WEC titles and a popular victory at La Sarthe in 2015, a bright future lies ahead for the most advanced vehicle in the marque's history.

Now the ink blotter has been readied and the next chapter is about to be written, could we be about to witness win number 18 for Porsche at Le Mans? 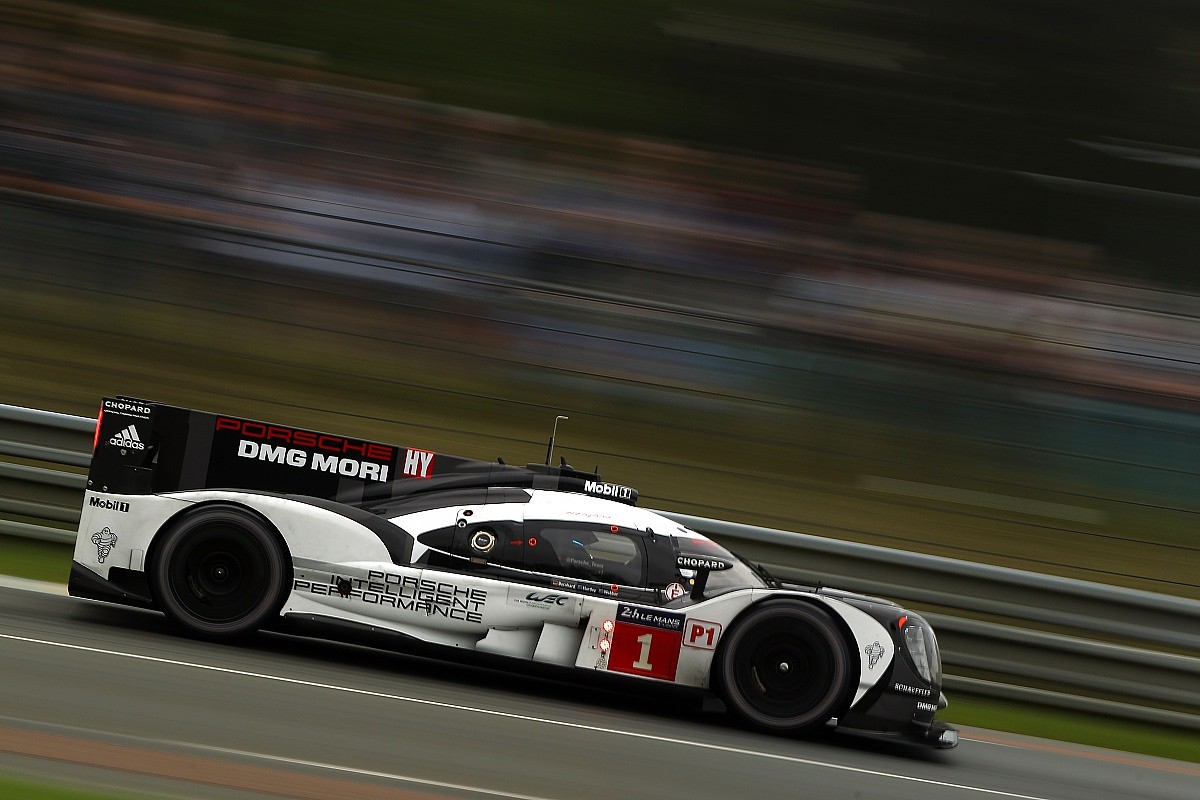