Rookie Broc Feeney has scored one of the best seats in Australian Supercars, with formal confirmation that he'll replace retiring seven-time champion Jamie Whincup at Triple Eight next season.

The 18-year-old will make a dream move to the main series in 2022 alongside Shane van Gisbergen at the crack Triple Eight squad.

He is just the second new driver to join T8 since its signed Whincup to partner Craig Lowndes ahead of the 2006 season.

Feeney is well-known to the team, having raced for T8 in both the second-tier Super2 series for older generation Supercars - in which he currently leads the standings - and GT World Challenge Australia this year.

He has a long-standing relationship with T8 boss Roland Dane through his mentor Paul Morris.

Feeney, whose experience in the main series is limited to a single Bathurst 1000 start with Tickford last year, replaces Whincup as part of major shake-up at Triple Eight that will see Whincup subsequently replace Dane in the team boss role.

The reshuffle follows an ownership change earlier this year, Tony Quinn becoming the majority shareholder in the team with a 40 per cent stake.

PLUS: Why Whincup's next move is no calculated gamble

“It’s an amazing opportunity for me to be replacing ‘The GOAT’, Jamie Whincup. It’s so surreal for me at the moment, but I think it will start to kick in at the start of next year,” said Feeney.

“To be aligned with this amazing team in my Super2 season and to be promoted into the main series is a dream come true. 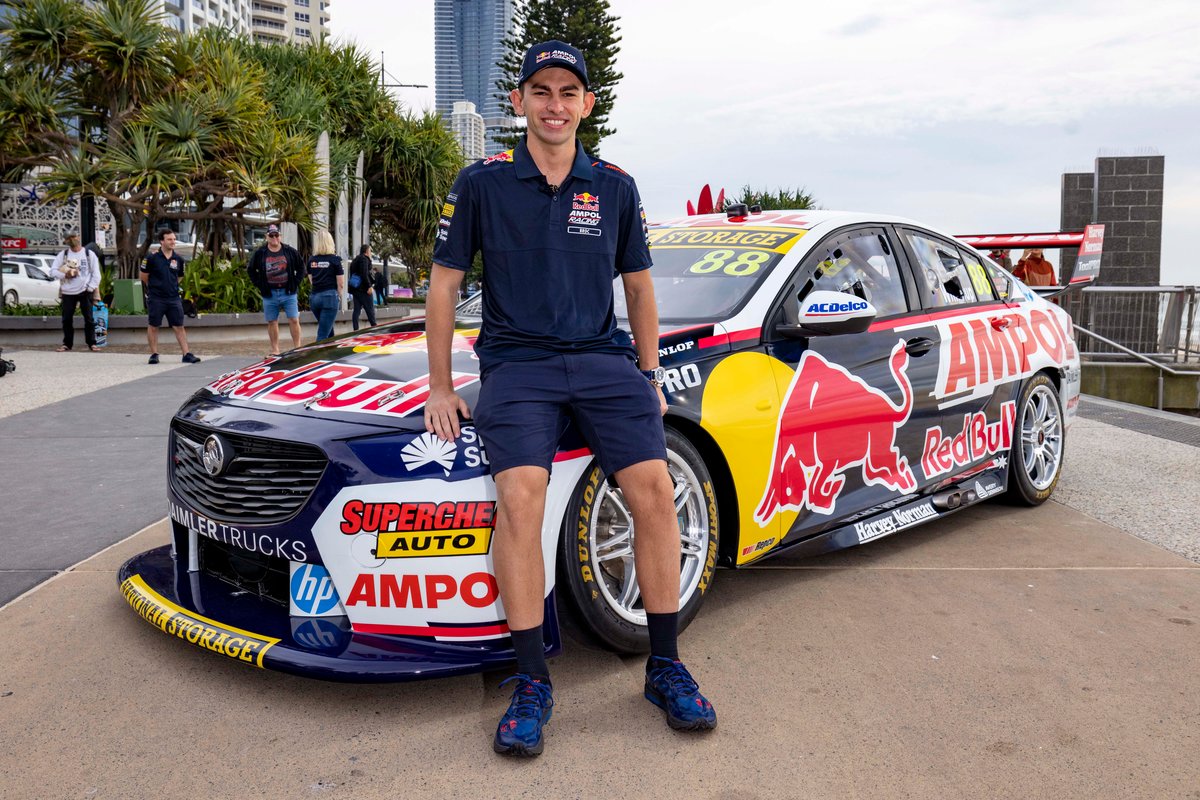 "To be honest, I always wanted to get to Supercars, but to be behind the wheel of a Red Bull Ampol Racing machine is pretty exciting.

“When [Triple Eight boss] Roland [Dane] told me the news I was in shock. He explained everything to me and basically asked how it sounded – I said it sounded bloody awesome!

"I got out of that meeting and rang my parents straight away. It was such a big relief as we’ve all put in so much effort the last few years, and it’s a day I’ll never forget.

“It’s such a good place for me to be, considering I’m a rookie coming into the Supercars series. To have the drivers that I’m surrounded by and the knowledge they have is a great opportunity. For the short eight months I’ve been with the team, I’ve learnt so much and I cannot wait to learn more in the next few years."

Feeney made his car racing debut in the Toyota 86 series as a 15-year-old in 2018. That year he was denied entry to the Bathurst round of the championship as he fell 11 days short of the minimum age, 16, to compete at Mount Panorama.

Feeney then stepped up to Super2 with Tickford Racing in 2020, as well as finishing 10th at the Bathurst 1000 alongside James Courtney on what was his 18th birthday. He is due to make his second start in Australia's biggest race in a T8-run wildcard entry alongside veteran Russell Ingall.

“I think some people will look at this decision and think we would have gone in an ‘established driver’ direction, but we’re not a team that takes things conservatively," said Whincup. 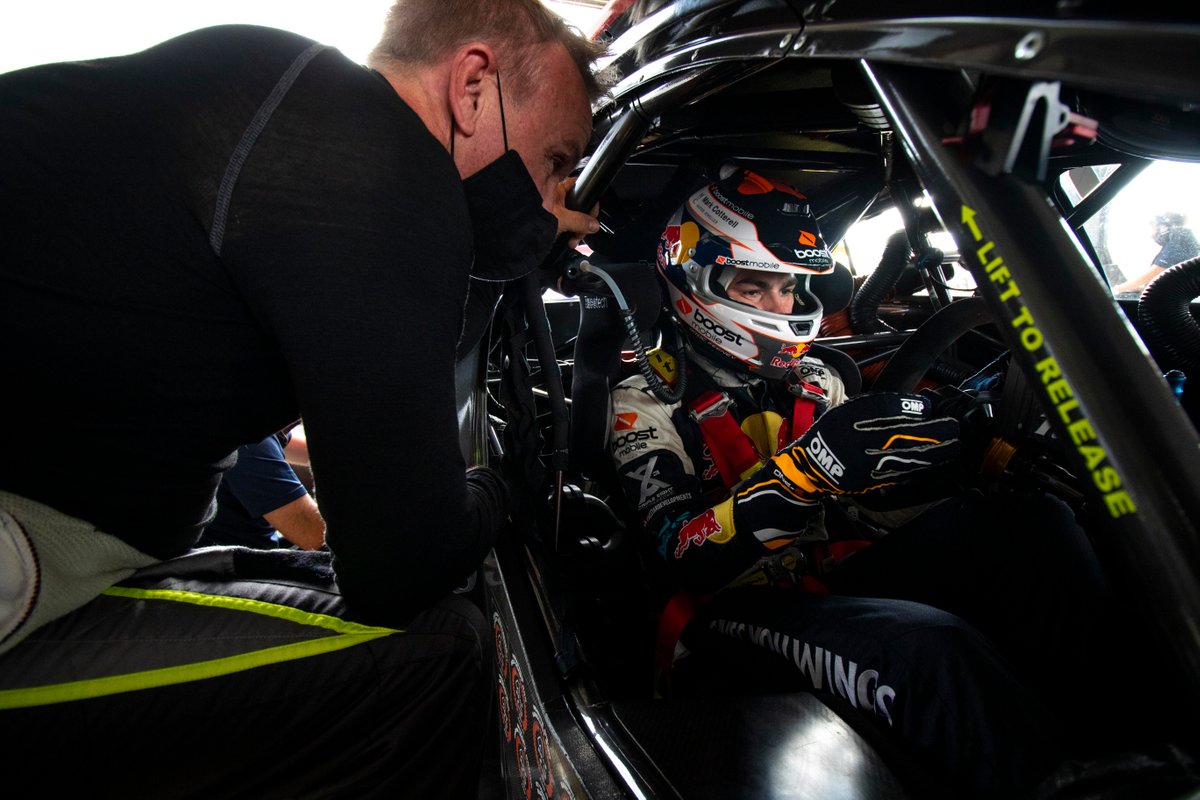 "We take risks at Triple Eight, we’re on the front foot and we have a crack and lead with our gut feel, and it seemed right to give Broc the opportunity.

"Of course, there’s an element of skill, but more importantly than that, certainly for me, is you need someone with good morals and a good attitude who knows the definition of hard work.

"Broc ticks all of those boxes, but now it’s up to us to make sure we give him a fantastic car and build a fantastic team around him.”

Feeney says he'll focus on consistency rather than outright results during his rookie campaign in 2022 and stopped short of naming any goals for next season when he joins the squad which currently holds first and second positions in the points standings.

He says his only focus is on avoiding inconsistency as he looks to settle in to Australia's premier racing category.

"The biggest thing for me next year is looking for a consistent year and learning as much as I can.

“I don’t want it to be up and down. I want to learn as much as I can, get some good results on the board and at the end of the day help the team as much as we can.” 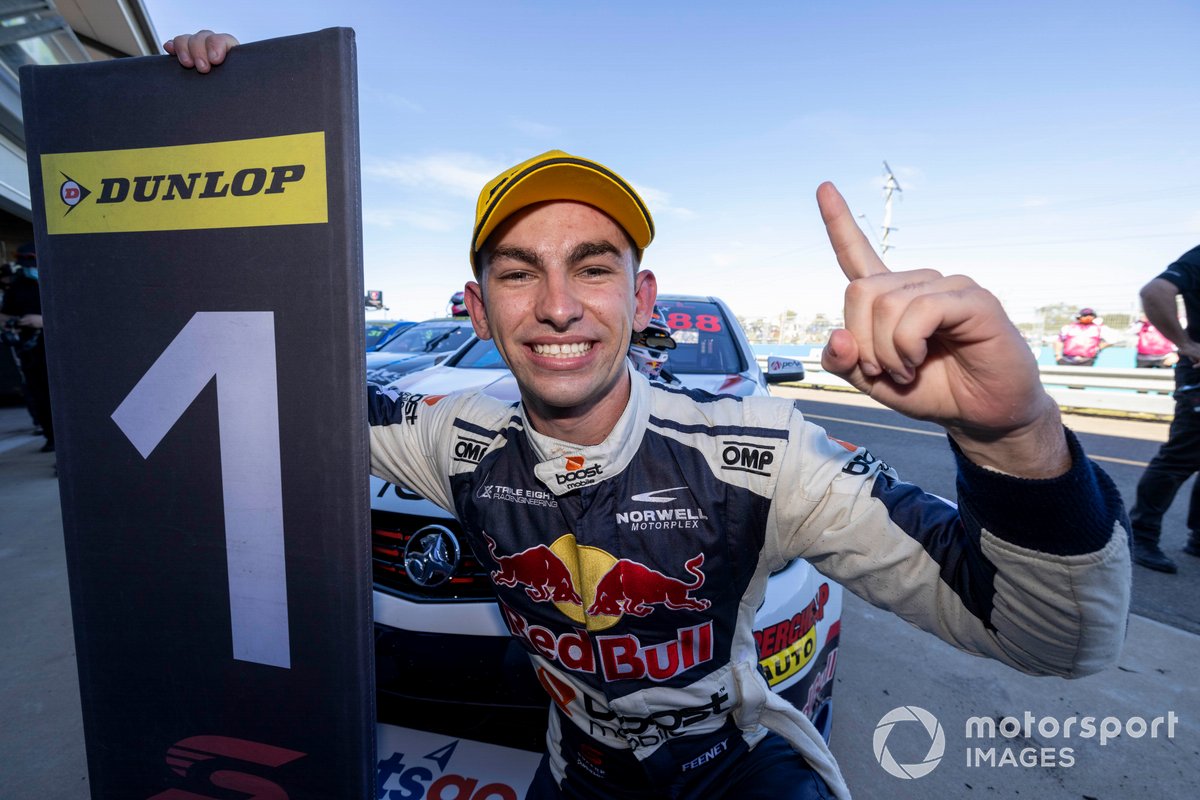 When asked if he was in any way daunted by the pressure of taking over the #88, Feeney added: "Not at all. I'm ready for this challenge, I'm looking forward to it. I've been waiting for this day for a long time."

Looking beyond 2022, Feeney says he wants to win titles and make his own name in the sport, rather than aiming for any targets set by his predecessor.

“I’m Broc Feeney; I’m not going to be Jamie Whincup or Shane van Gisbergen, I’m being myself,” he said.

“I want to look back on my career as hopefully a Supercars champion in a few years to come and I’m in the perfect team to do that.

“I know it’s up to me at this stage. I’ve got the best people around me so it’s my job to get the results on the board and hopefully look back on a successful career in a few years to come.”