Supercars will bring a three-month break to its season to an end with a night race at Sydney Motorsport Park in late October.

The Aussie series confirmed on Saturday that SMP will host an unprecedented quadruple header in October/November to get a season heavily affected by the pandemic back on track.

At the time of the announcement details such as formats, circuit layouts and supports were left out, although the revised schedule did outline that the first and last of the SMP events would be held over three days and the middle two events over two days.

Supercars has now locked in the format for the first SMP event, with three sprint races including an opener under lights.

The running will kick off on the Friday with two half-hour practice sessions.

Saturday will then feature a single qualifying session followed by a Top 10 Shootout to determine pole, followed by the opening 125-kilometre hear under lights.

On Sunday there will be two qualifying sessions, one for each race, followed two more 125-kilometre races.

Each race will feature one compulsory stop for a minimum of two tyres.

Which of the three eligible SMP circuit layouts that will be used is yet to be confirmed.

The event will take place across 29-31 October. 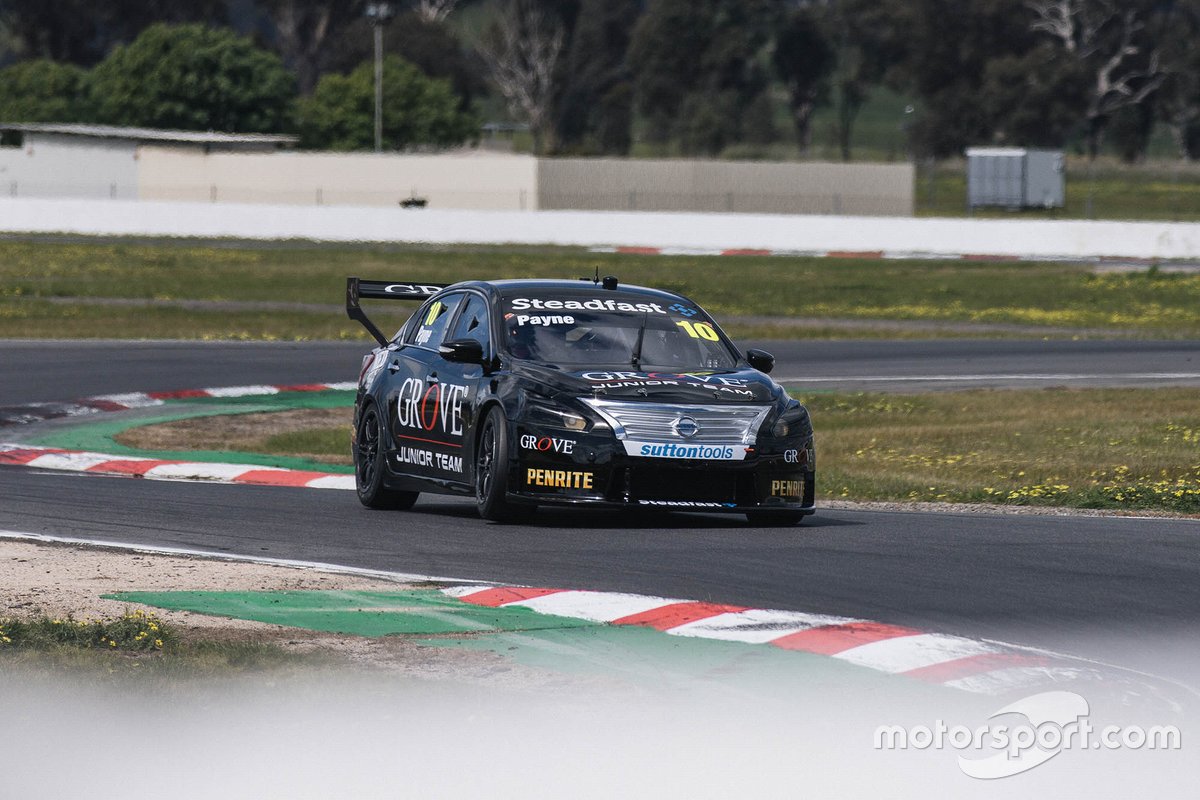 Teenage Porsche ace Matt Payne sampled a Supercar for the first time today at an evaluation test at Winton.

The Kiwi cut the better part of 80 laps of the Victorian circuit driving a Kelly Grove Racing Nissan Altima.

It was the 18-year-old's first time in an Aussie V8, his limited racing experience so far coming in open-wheelers and Porsches.

The evaluation test comes ahead of what is likely to be some Super2 outings later this year as part of Payne's role in the newly-formed Grove Junior Team.

Payne is also the front-runner to race for KGR, which will become Grove Racing at the end of the season, full-time in Supercars next year as Andre Heimgartner's replacement.

That will require an exemption from Motorsport Australia, though, with Payne falling short of the Superlicence requirements.

Speaking about today's test, Payne said the Nissan was "difficult to tame" but a lot of fun to drive.

"Obviously, there’s a bit going on inside of the car," he said.

"It’s very entertaining and pretty difficult to tame but I loved it.

"It’s a bit different to the Porsche; you don’t have to take your hands off the wheel in the Cup Car, but it all seems to have come naturally and I’ve really enjoyed it."