The Australian Grand Prix Corporation will promote the Phillip Island round on the revised 2021 Supercars schedule.

The AGPC has confirmed that it will promote the Bass Coast Festival of Motorsport at Phillip Island on October 22-24, the same date the circuit was meant to host MotoGP.

It will be the first event the AGPC has run in its entirety since the Australian MotoGP round in 2019, with the 2020 Australian Formula 1 Grand Prix being cancelled mid-way through the weekend, while both the F1 and MotoGP events were cancelled this year due to the global health crisis.

The headline act for the Bass Coast Festival of Motorsport will be a Supercars sprint round, which, as expected, fills the TBA that was left on the revised 2021 schedule for the Aussie touring cars series.

Importantly the event will be the lead-in to the Bathurst 1000.

There will be a two-wheel element as well with the Australian Superbike Championship set to share the bill.

It will be the second time this year the premier two and four wheel categories in Australia have joined forces following the Darwin Triple Crown back in June. 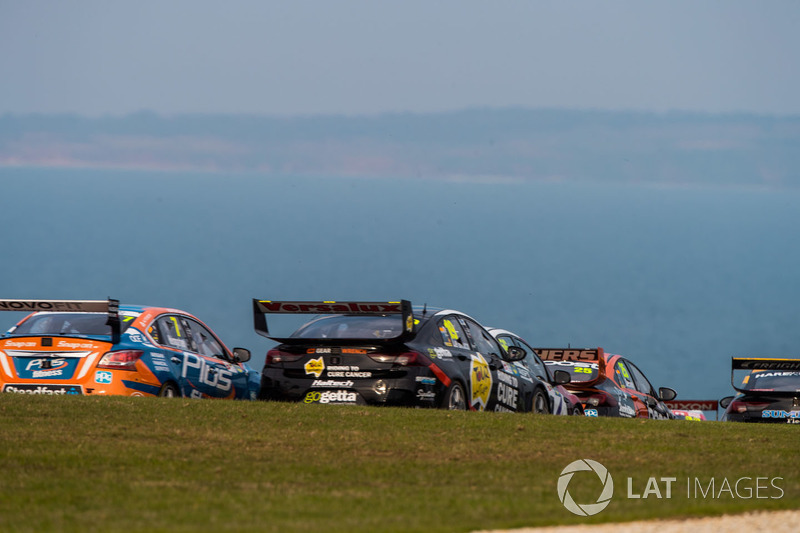 “What a bonanza to have championship rounds of Supercars leading into Bathurst and one of the final rounds of the Australian Superbike Championship," said AGPC CEO Andrew Westacott.

“Phillip Island has been starved of motorsport and this event will have something for everyone, bringing much-needed visitation to the Island and surrounding communities.

“I encourage all who can to come along and enjoy all that this region showcases, including some of Australia’s best natural experiences and culinary offerings.”

Supercars CEO Sean Seamer added: “Our fans and drivers absolutely love the Phillip Island race track so it’s exciting to be getting back there for the first time since 2019.

"I want to thank the Victorian Government and the AGPC for working with us to deliver what’s sure to be an outstanding event in October.”

The PI event will round out a Victorian double-header of sorts for Supercars, following the Winton SuperSprint on October 2-3.

The extended stay in the southern state will carry government support.

“This new weekend of motorsport action is going to be a major winner for race fans and will provide a real boost for businesses across the Bass Coast," said Victoria's Minister for Tourism Sport and Major Events Martin Pakula.

“We'll see top drivers and riders in multiple championships races on a circuit that fans love to come to.”