The Australian Grands Prix for both Formula 1 and MotoGP have been formally cancelled for 2021 due to the ongoing world health crisis.

The Australian Grand Prix Corporation confirmed that neither event will go ahead in the final quarter of this year as planned.

The F1 race had already been moved from March to mid-November.

The move follows failed talks with health officials at state and federal government level over how to bring personnel, including riders and drivers, through Australia's strict closed border.

The idea of a biosphere was floated, at least for the Albert Park F1 race, but failed.

Even bringing personnel through hotel quarantine would have been difficult due to a recent cap on new arrivals in response to the highly-transmissible Delta strain of COVID-19.

Both short-cutting quarantine and utilising the supervised hotel-based system would have been difficult sells on a PR front too, given so many Australians are still unable to return home.

“We understand this is not the news MotoGP and Formula 1 fans wanted to hear," said AGPC CEO Andrew Westacott.

“I would like to extend my thanks to the Victorian Government, Formula 1 and Dorna Sports for their unwavering resilience and support during this challenging period, and for their ongoing commitment to these two great events.

“There are bound to be ongoing challenges with COVID-19, but I want to reassure fans that while there is sadness and disappointment amongst our wonderful AGPC staff there is a tenacity and determination to make sure the next episodes of MotoGP at the Island and Formula 1 at the new Albert Park layout are sensational showcases of how we do things in Victoria.” 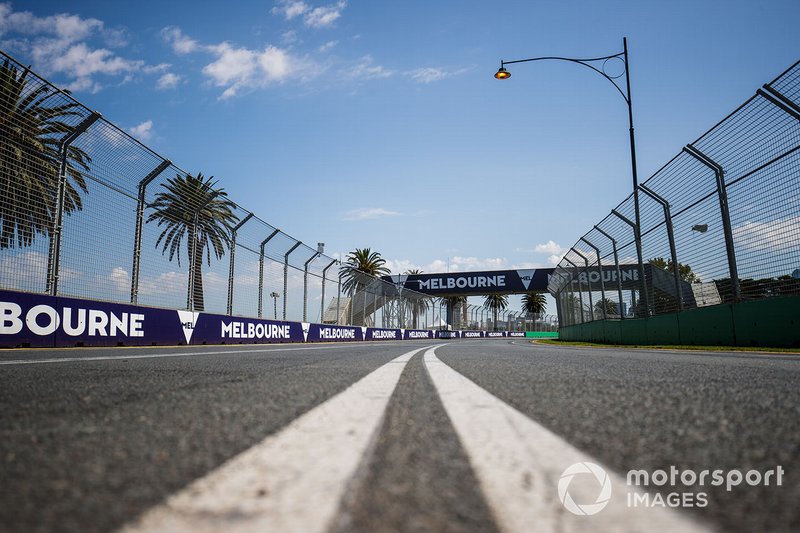 “While it is disappointing we won’t be racing in Australia this season, we are confident we can deliver a 23 race season in 2021 and we have a number of options to take forward to replace the place left vacant by the Australian Grand Prix," he said.

"We will be working through the details of those options in the coming weeks and will provide further updates once those discussions are concluded.”

Despite a slow start to its vaccination programme, Australia is expecting to have enough people vaccinated by the end of the year to begin opening its borders.

That means hopes are high that international events such as the F1 and MotoGP races can return next season.

What remains to be seen, however, is where these races will fit into their respective calendars.

There has been talk about a straight swap between the F1 and MotoGP dates, which would shift the Phillip Island MotoGP race into a potentially better weather window, and move the Albert Park race to the back end of the F1 schedule.

It's equally feasible the races will retain their current spots. 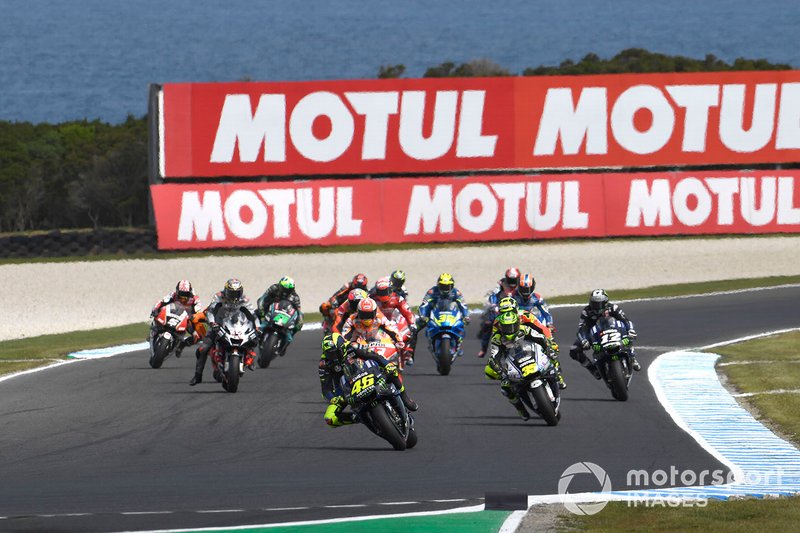 Valentino Rossi, Yamaha Factory Racing leads at the start of the race

The cancellation of the Albert Park event simplifies the back end of the Supercars schedule, with the series now not required to air freight cars back from its New Zealand round in early November.

That is unless Supercars opts to use that slot to host its postponed Winton round, a decision that may hinge on whether other events get cancelled during the course of this season to jeopardise the 12 rounds required for the broadcast agreement.

S5000 was also set to race at Albert Park as part of its Triple Crown that also included the Bathurst International and the Gold Coast 500.