Australian Grand Prix organisers, Formula 1 and the FIA have all agreed to cancel the season opener in Melbourne due to the coronavirus pandemic

Just hours after McLaren withdrew from the race following one of its staff members being confirmed as having coronavirus, F1 team bosses got together to discuss next steps.

Autosport understands that, in talks with the FIA and F1 teams, a majority of teams said they were unhappy to continue with the event.

Sources indicate that the governing body said it would accept a majority decision of the teams so would now move to call off the event.

After hours of radio silence from F1, it was unclear as to what the next step was after it looked certain the race would be scrapped.

Further confusion mounted when race organisers said they were pushing on with the event, while several drivers were reported to have already headed to the airport to fly home.

It was then announced that fans would not be allowed entry to the circuit should the race weekend continue - that news coming after gates were due to open to the public.

Confirmation of the first outright race cancellation since Bahrain 2011 came just after 11am local time. 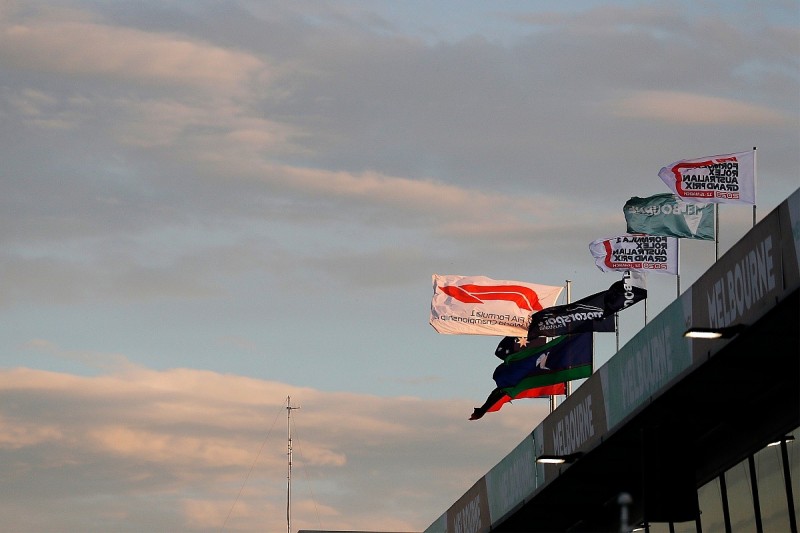 "Additionally, a ninth individual has been assessed and tested for the COVID-19 virus, with the results of this test pending. This individual is not associated with any Formula 1 team, the FIA or associated suppliers.

"Our first priority is the safety of everyone including attendees, our personnel, all event partners and members of the local community.

"Further information regarding refunds for ticket holders will be communicated in due course."

Eight F1 personnel have been tested for COVID-19 since the sport's arrival in Melbourne, with seven of the tests coming up negative.

On Thursday, McLaren announced it was pulling out from the race after the test confirmed an employee he has been infected.

Another paddock member, believed to be a local photographer, has also been tested, but the results were unknown at the time of writing.

World champion Lewis Hamilton was vocal in his criticism of the decision to hold the event, admitting he was "shocked" F1 had travelled to Australia given the coronavirus pandemic.

"I am very, very surprised that we are here," said Hamilton. "I think it's great that we have races, but for me it's shocking that we're all sitting in this room."

Later on, asked by F1 had been so determined to push on with the race, he said: "Cash is king, but honestly I don't know. I can't really add much."

Even before the official confirmation, Hamilton's Mercedes team publicly called on F1 and the FIA to call off the race.

"The Mercedes-AMG Petronas F1 Team has today sent a letter to the FIA and F1 requesting the cancellation of the 2020 Australian Grand Prix," the statement read.

"We share the disappointment of the sport's fans that this race cannot go ahead as planned.

"However, the physical and mental health and wellbeing of our team members and of the wider F1 community are our absolute priority.

"In light of the force majeure events we are experiencing with regards to the Coronavirus pandemic, we no longer feel the safety of our employees can be guaranteed if we continue to take part in the event.

"We empathise strongly with the worsening situation in Europe, most especially in Italy, and furthermore we do not feel it would be right to participate in an event where fellow competitors such as McLaren are unable to do so through circumstances beyond their control.

"Our team will therefore begin pack-up preparations at the circuit this morning."