The seven-time Supercars champion will become the new head of the powerhouse squad after a 19-year career in which he has become the most successful driver in Supercars history.

Since being fired by Garry Rogers following his rookie season in 2003, Whincup has gone on to win 122 races and four Bathurst 1000s with the Triple Eight squad he joined in 2006, initially as understudy to team leader Craig Lowndes.

The 37-year-old has been toying with the idea of retiring from driving for some time, and helped lay the foundation for a future beyond the cockpit when he bought his original 15% stake in the team three years ago.

He's yet to decide if he'll continue as an endurance driver.

"I've always said that after I retire from full-time driving, I want to keep going racing and in 2018 I made the commitment for that to be with Triple Eight by becoming a shareholder," said Whincup.

"I'm honoured that Roland trusts me to lead the family that he's built here in Australia.

"I'll certainly maximise every opportunity this year and beyond to learn from him and I'm grateful that he will still be dedicating a portion of his time in 2022 to ensuring the team and I have the best opportunity for success.

"I have to thank everyone who has supported me during my driving career - family, friends, fans and partners. I'll be giving my all to making sure we deliver the best results possible in 2021." 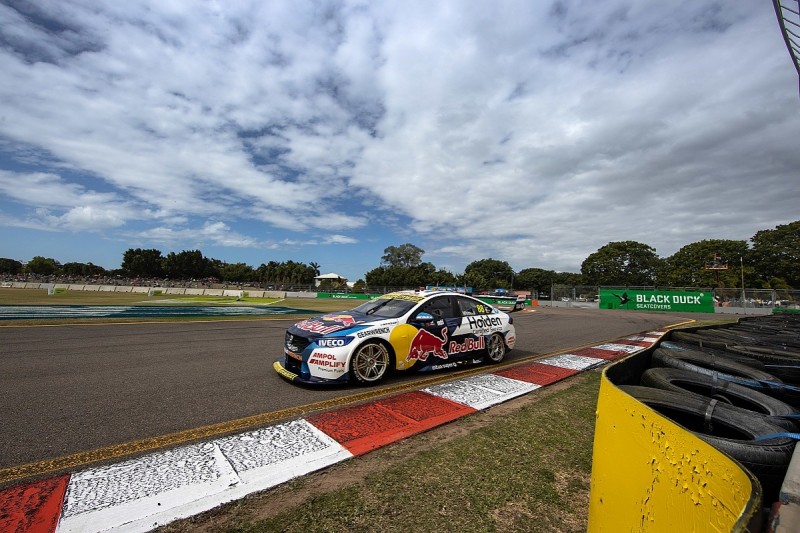 Dane meanwhile will move into a part-time advisory role from 2022, as well as continuing as an 11% shareholder and chairman of the board of directors.

As part of the organisational shakeup, amateur racer and former Australian GT championship promoter Tony Quinn will take a 40% stake in the team, with Whincup and Jess Dane each increasing their stakes to 19% and 30% respectively.

Having led the squad since it arrived in Supercars back in 2003, Roland Dane said the global health crisis has prompted his decision to move out of a day-to-day role, with plans to "enjoy different forms of motorsport" and spend more time overseas once international travel becomes easier.

"Since Jamie expressed an interest some years ago in continuing his career in motorsport with Triple Eight after he retires from full-time driving, the plan has always been for him to take the reins," said Dane, who will remain at the helm until the end of the year.

"He has proven himself to be an integral part of the Triple Eight family during his 15 years here and has absolutely nothing to prove on track.

"I have every confidence that he will approach his new role with exactly the same motivation, diligence and competitive spirit that he brings to the track at every round.

"COVID-19 has reminded me that I'm not getting any younger and I'm looking forward to having more time on my hands to enjoy different forms of motorsport in different capacities and spend more time with my elder daughter in the UK, once the pandemic permits."