Scott McLaughlin says he and the DJR Team Penske squad "silenced a lot of critics" by sealing the 2020 Supercars title with a round to spare.

The Kiwi locked in his third straight title at The Bend with a win and a second giving him a 305-point advantage over Jamie Whincup with just 300 point left up for grabs at the Bathurst 1000.

It follows an embattled 2019 season dominated by parity debates and a highly-contentious Bathurst 1000 win that saw McLaughlin's qualifying engine fail post-race checks and the team slapped with the biggest fine in the category's history for a sporting breach during the race.

PLUS: The lingering questions from the Bathurst 1000 scandal

McLaughlin said the fall-out from last year has helped sweeten this third title, achieved in the midst of the uncertainty caused by the COVID-19 pandemic which has afflicted Supercars this year, and labelled it his favourite of the three - the first coming after a heartbreaking near-miss in the 2017 Newcastle finale.

"It's been satisfying this year because we've silenced a lot of the critics from last year," said McLaughlin, who is due to make his IndyCar debut in the St. Petersburg season finale. "The people that were talking bad about the team and whatever.

"We've bounced back in adversity. It's been hard for everyone, but putting it all together in a season that's been very inconsistent, not knowing where we're all going and stuff, that's probably the proudest moment for us. 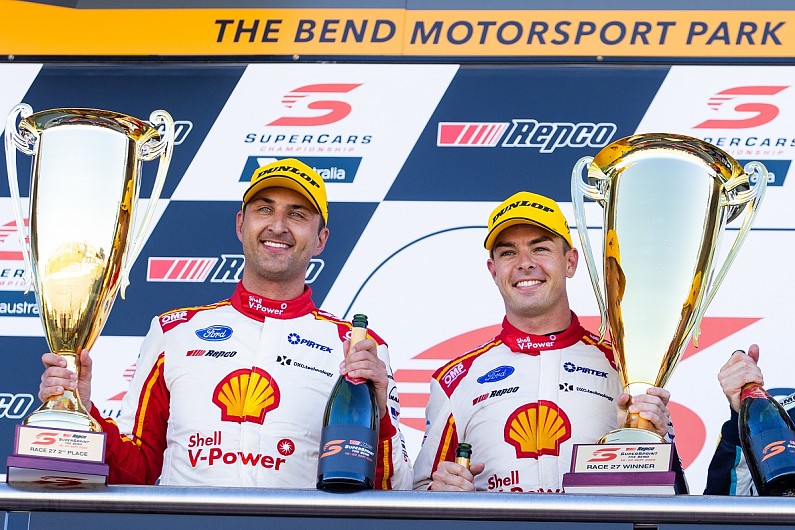 "2018 was a bounce back, a redemption. This one more like trying to go for a three-peat, something not many people have done before.

"This one, for me, I feel like this is the most satisfying out of them all. It's a privilege to win one, but to win three is awesome."

Expanding on why this is his best title, McLaughlin said the unprecedented uncertainty caused by the pandemic, which saw the calendar overhauled to include a series of double-header rounds, has shown the character of the team.

"For me this feels probably the best out of all of them because of the way we've had to bounce back from ups and downs, come back and fight the next week when everyone has raced the track the week before," he said.

"For us to come through and still win the championship with a round to go, it's a true testament to the character of the team and the people that are behind me."

Whincup has conceded that he and Triple Eight "just weren't good enough" to deny McLaughlin after conceding defeat in his quest to score an eighth title.

The early conclusion to the title fight in McLaughlin's favour is at odds to the early season form, the Triple Eight Holdens having looked the class of the field at the season-opening Adelaide 500 and the Australian Grand Prix, before it was cancelled.

But Triple Eight has seemingly failed to fire since the resumption of the season in June, inconsistency in car speed and uncharacteristic strategic and pit errors proving costly for both Whincup and Shane van Gisbergen. 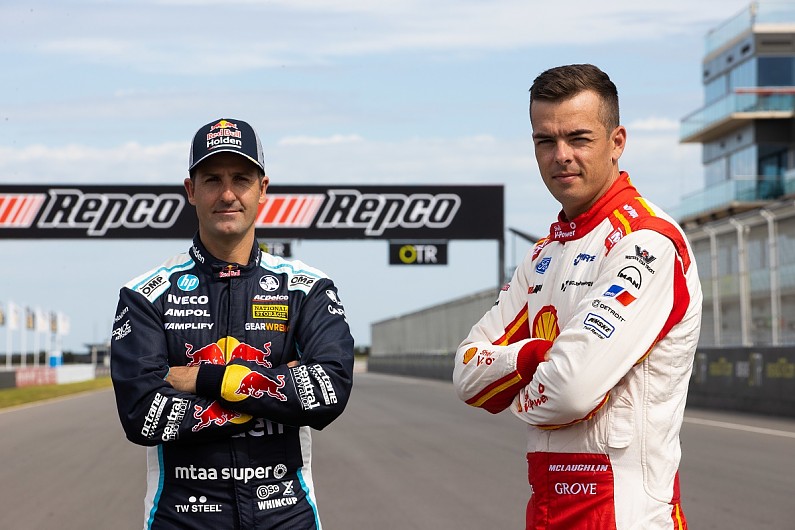 According to Whincup there was no lack of effort from T8 in the battle against DJR Team Penske, just a simple lack of execution.

"We genuinely had quite good pace at Adelaide and the Grand Prix," said Whincup.

"We pushed hard to try and improve the car's pace as the year went on, made some gains, made some losses as well.

"We certainly weren't in a position where we were just going to run around second, we did everything we could. That showed with a couple of poor results while we were experimenting with things.

"There's not much more I can really explain about that. We gave it all we had and just weren't good enough."