Supercars champion Scott McLaughlin has been belatedly stripped of his pole from last month's Bathurst 1000 and his DJR Penske team fined $30,000, after his qualifying engine failed technical checks.

As revealed by Autosport, both the engine used by McLaughlin in practice and qualifying, and the unit that was fitted on Saturday night before the race, were subjected to technical checks after the Bathurst weekend.

On the morning of the Sandown 500 in which McLaughlin sealed the 2019 title, the Confederation of Australian Motor Sport confirmed that his Bathurst qualifying engine "exceeded the maximum permitted valve lift prescribed by the [Engine Specification Document]", leading to a raft of penalties.

McLaughlin and co-driver Alex Premat were disqualified from the results of both qualifying and the top 10 shootout, which means McLaughlin loses a pole on his career tally and his record-breaking 2m03.378s lap doesn't stand.

The team was fined $30,000 and the McLaughlin/Premat car was put to the back of the grid for Sandown - from where they came through to finish ninth.

Their Bathurst 1000 win was not affected. The team had also received a fine and points penalty for a team orders breach in that race.

"One of the checks performed by Supercars technical personnel of both the [qualifying] engine and the [race] engine was of the valve lift which has a maximum limit prescribed in section 2.21 of the Engine Component Specification (ESD) for the Ford Boss 302 Engine of 0.710 inches as measured in the engine," read the stewards' report.

"The valve lift of the inlet valves in the Q engine (but not of the R engine) was measured by Supercars Technical personnel to exceed the maximum valve lift of 0.710 inches in five cylinders (highest recorded measurement 0.7135 inches).

"The measurements were undertaken on a number of occasions and were witnessed by DJRTP representatives. These measurements were not completed until after the subsequent event, the 'Vodafone Gold Coast 600' held on 23-27 October 2019."

According to the statement DJRTP argued that there was "no demonstrated performance advantage".

The statement continues: "We agree with the [deputy race director] that regardless of the cause or extent of the breach, the disqualification of the drivers of car #17 from qualifying and the top 10 shootout for race 25 is required.

"Whether the breach was deliberate or known might be relevant to the imposition of a further penalty only.

"In this case there is no evidence from which we could conclude the breach was deliberate or known.

"It is not necessary for us to make any findings with respect to the prescribed procedure for measuring valve lift.

"What is clear is that it applies to all teams and it is the standard which each team is to be assessed against. 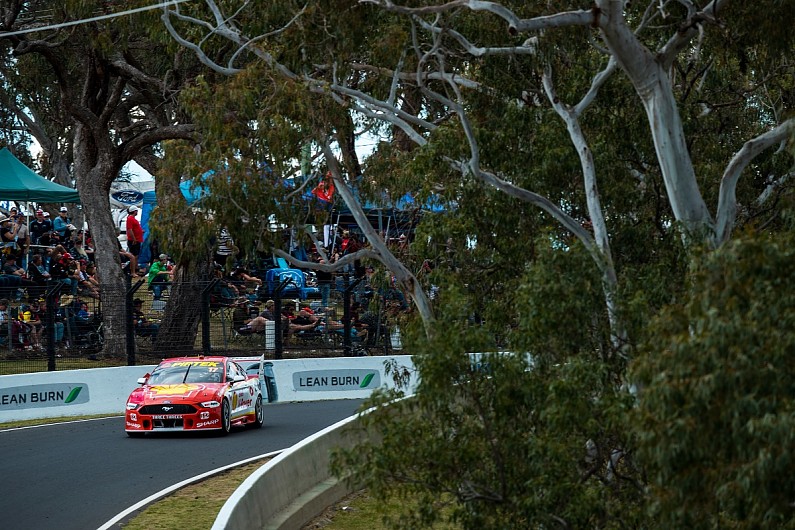 DJR Team Penske responded by underlining that its Bathurst race engines had been legal, and suggesting that the breach on the qualifying engine was the result of a measurement error by the builder.

"The engines used for the Bathurst 1000 race, in both car #17 and car #12, have passed all post-race inspections," read a team statement.

"The engine in question experienced a mechanical problem during practice and qualifying. Following the top 10 shootout, we were granted permission by the Head of Motorsport to change the engine prior to the race.

"We are confident that the build sheet for this engine indicated that it left our engine provider with measurements that were well under the allowable maximum valve lift stated within the Virgin Australia Supercars Engine Specification Document.

"It was also confirmed by Supercars that the control camshaft, rockers and all other components and measurements used in the engine were the ones permitted within our Engine Specifications Document.

"The steward's report confirmed that there was clearly no intent from our team to circumvent the rules and there was no evidence that we benefited from any performance advantage as the engine passed the Supercars power tests on their dynamometer post-event, returning results that did not exceed the Accumulated Power Number nor the Engine Power Weighted Average Number.

"As the lift now measures a few thousandths of an inch high on a few valves, we can only conclude that either the engine wasn't measured properly when it was initially assembled or the damage that occurred in the engine contributed to a change to the maximum valve lift in the forward cylinders.

"We apologise to Scott, Alex, our partners and our supporters."