The new-for-2019 Motorsport Games is set for a major expansion in season two next year.

Event promoter Stephane Ratel has said he wants to grow the concept formulated together with the FIA from the three circuit categories on the bill of this year's Games, to a minimum of six classes of racing.

But he revealed to Autosport that the plan is to have as "much as possible" on the bill in 2020, which is when the competition for national teams is expected to move to Paul Ricard.

The Games will kick off at Vallelunga in November with the second running of the GT Cup of Nations (a pro-am event for GT3 cars), TCR tin-tops and Formula 4 on November 1-3.

Ratel has talked about a prototype category, Formula 3, rallying and historic racing as potential additions for next season.

"We have announced the idea for year one and then we want to talk to more championship organisers about joining us for year two," he told Autosport.

"This event can't be achieved by the Stephane Ratel Organisation doing all the categories; we need to work with existing promoters.

"That is why we are working with Marcello Lotti [the founder of TCR] for this year." 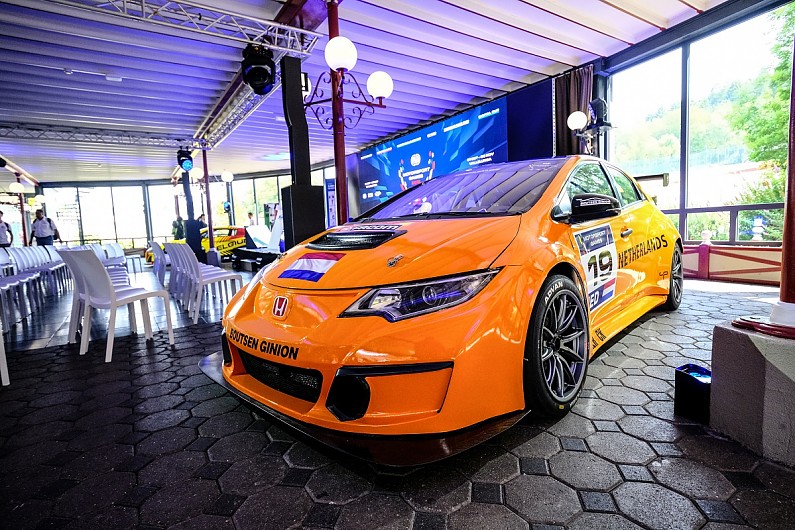 He added that he would be "very happy" if the Automobile Club de l'Ouest, the promoter of the World Endurance Championship and organiser of the European Le Mans Series, brought a grid of prototypes to the Games in the future.

Ratel explained that he favoured a move to Ricard because it would allow for different events to taking place concurrently.

"We could have one race taking place on the 3.8km circuit and another on the 1.7km circuit, and Ricard also has its rally stage and a kart track," he said.

"I don't want a long event, but something that is super-compact with lots of things happening at the same time."

Ratel explained that he also wanted to expand the karting element of the games, which will be limited to a slalom event for electric karts in 2019, and said that drag racing was another potential addition.

SRO was announced as the promoter of the Motorsport Games in June after which it revealed first deals of the event at a press conference ahead of last weekend's Spa 24 Hours.

A new hybrid Formula 4 single-seater built by KCMG, LMP2 class winner at the 2015 Le Mans 24 Hours, was unveiled at the launch, along with the link-up with Lotti.

The first running of the GT Cup of Nations at Bahrain last year was the inspiration for the Motorsport Games.

The FIA wants national sporting authorities to co-ordinate teams from their respective countries.