Porsche Sweden has signed 1997 Formula 1 world champion Jacques Villeneuve to contest the opening round of the Scandinavian Carrera Cup.

The former grand prix driver and Indianapolis 500 winner is racing in the NASCAR Euro Series this year, his first full-time programme in 14 years.

Prior to the next round at the Franciacorta circuit in Italy, Villeneuve will head to Sweden as a guest driver in the Porsche Carrera Cup Scandinavia season opener.

He will drive the series' 911 GT3 Cup car in the two races that take place alongside the Porsche Festival at Knutstorp on May 3-4.

"It's a great opportunity for motorsport fans to meet one of the all-time legends of motor racing, while for the Swedish and Norwegian drivers competing in the Porsche Carrera Cup Scandinavia, it presents a unique opportunity and challenge to line up alongside one of the most respected talents in the history of the sport." 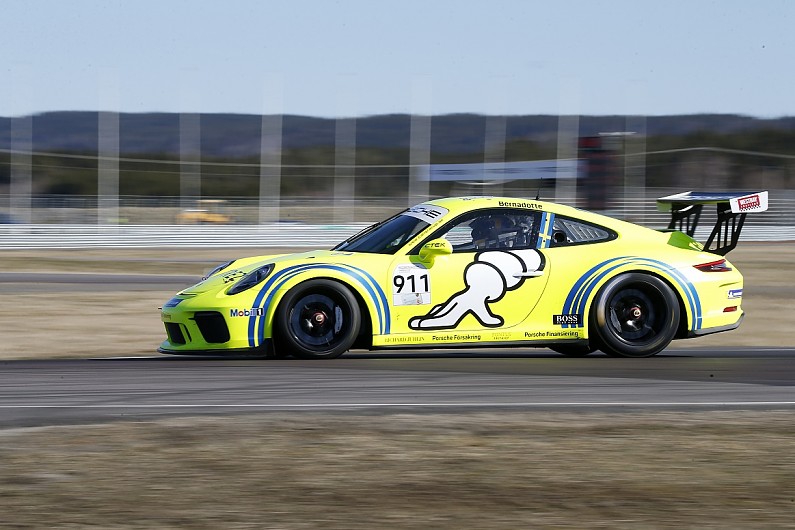 Villeneuve is 19th in the NASCAR Euro Series standings after the race two races at Valencia, where he finished 11th and 25th.

He last completed a full season driving for Sauber in F1 in 2005. Since then he has raced in all three major NASCAR series, returned to the Indy 500, aborted planned full-time campaigns in World Rallycross and Formula E, and also raced at the Le Mans 24 Hours and in categories such as Speedcar, FIA GT, V8 Supercars and Brazilian Stock Cars.

The Porsche Carrera Cup Scandinavia opener will be Villeneuve's third series of 2019, as he is also racing in the Italian GT series.

Porsche's seven-event Scandinavian series is one of nine national Carrera Cups around the world.

The prince, who is fourth in line to the Swedish throne, has a long racing history and has contested the Carrera Cup, Scandinavian Touring Car Championship and Porsche's GT3 Cup Scandinavia, which he won the GT Endurance element of in 2010.