Johnson won two of the year's first five races, but then had 26 winless starts until his October victory at Charlotte.

While safely in the Chase field on the account of those early victories, Johnson had also fallen out of the top 10 on the regular points by the time the cutoff was applied.

"It was pretty bleak at that point," Knaus said.

"It wasn't looking good. I still don't think that we necessarily had the speed that we need week in and week out.

"We've got some work to do to continue to be able to compete.

"The one thing that we have in our corner is we have Jimmie Johnson.

"He is the one that makes things happen when we don't necessarily have the race cars."

Johnson regrouped and won races in the Chase's Round of 12 and 8, and headed to the Homestead finale fighting Joey Logano, Kyle Busch and Carl Edwards.

Busch was the best of the qualifiers in ninth, one spot ahead of Edwards, with Logano and Johnson then 13th and 14th.

However, Johnson was then sent to the rear of the grid, when Hendrick made modifications to his Chevrolet after pre-race inspection. 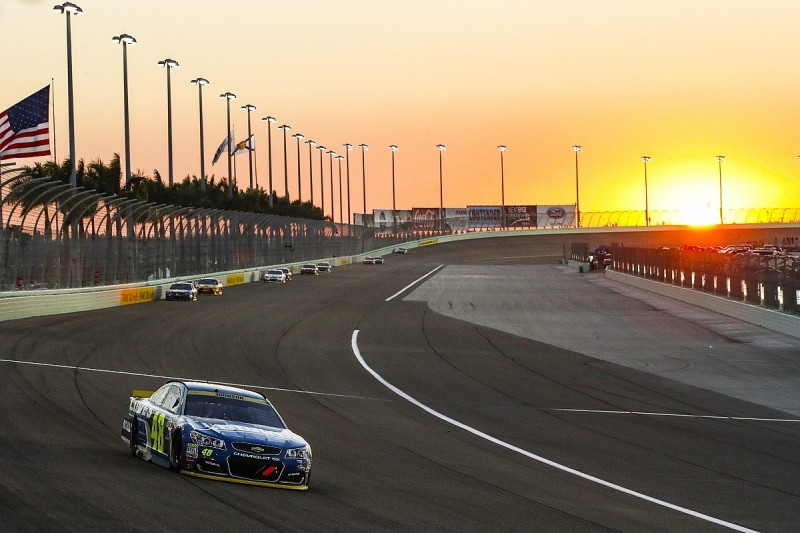 Edwards and Logano clashed and Busch finished sixth, as Johnson only led three laps all evening on his way to victory and a seventh title.

"For a while I came to grips with the reality of it being third, fourth, somewhere in there and shaking somebody else's hand and being happy for them," Johnson said.

Asked if he believed he would win the title earlier this year, Johnson echoed Knaus, replying: "This summer, no chance."

"It's special to see him tie those guys," team owner Rick Hendrick said.

"I think it's good for the sport, and I think it draws a lot of attention to our sport. I thought it was pretty cool.

"I think it's going to be a big shot in the arm for not only Jimmie but our sport".