Logano made contact with Edwards in front of the pack while trying to overtake on a restart with 10 laps to go, the impact causing Joe Gibbs Toyota driver Edwards to retire.

Edwards stopped to speak to Logano's Penske crew chief Todd Gordon on his way to the medical centre for checks, but denied suggestions he had accepted responsibility.

"First of all, that was the race of my life up to that time, that was a lot of fun. I just pushed the issue as far as I could.

"I don't want anything extra to mess with Joey. I just risked too much.

"I think it was shared [responsibility]. I feel like it was just racing.

"I don't know how he got that restart, that was a good restart.

"It was probably a bit optimistic, but I thought I'd clear him." 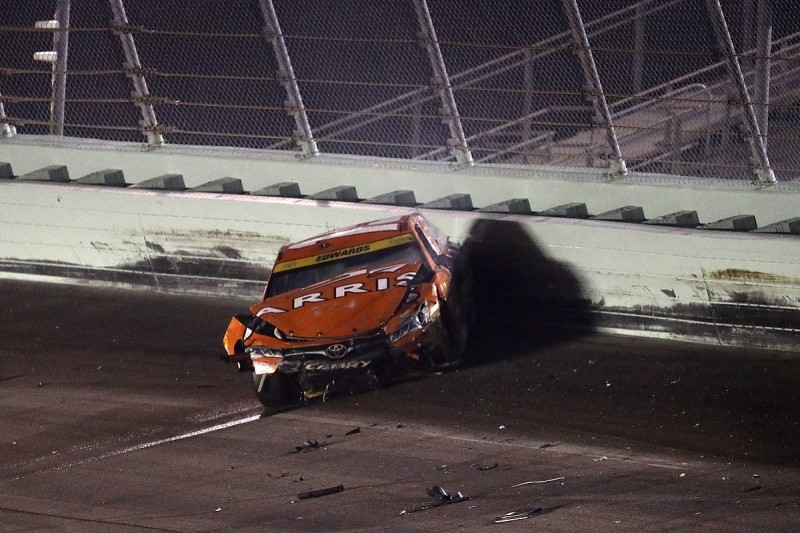 Logano restarted in eighth and ended up in fourth place as Jimmie Johnson took victory and the Cup title.

"It stinks, it hurt both of us a lot", said Logano of the Edwards clash.

"I don't blame him for running me down there.

"That's just racing, and it hurt both of us. Ultimately Carl a little bit more.

Team owner Roger Penske said he had been content to allow Edwards up into the pit box once he noticed the Gibbs driver did not seem visibly frustrated about the clash. 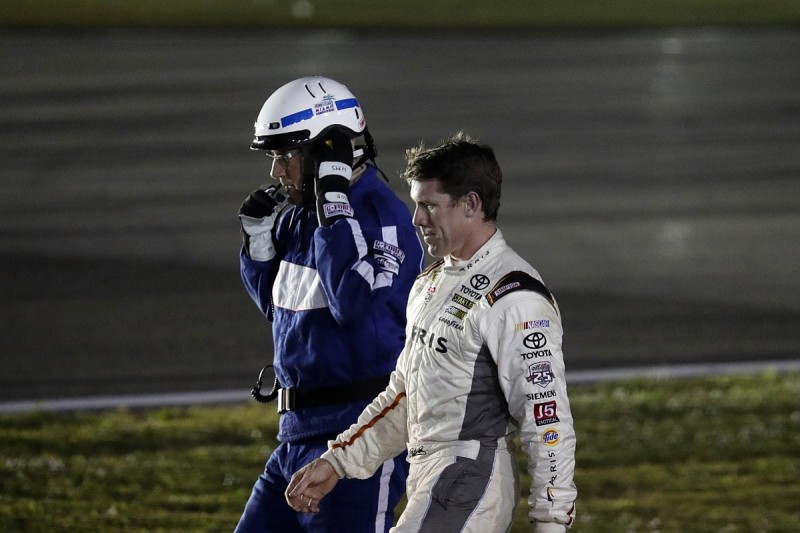