Born in Monterrey, Mexico, Suarez has become the first non-American to win a NASCAR National championship.

He is a graduate of NASCAR's Drive for Diversity programme to attract female and ethnic minority drivers to the category.

"We're very proud that it validates our diversity plan in a significant way," said France of Suarez's success.

"What we've said through the years is these things take time to find the kind of talent that can actually compete at a high level on the biggest stages, and he's done that.

France was adamant that "without the Drive for Diversity programme, with certainty, Daniel Suarez is not in NASCAR".

Asked whether his support of president-elect Donald Trump conflicted with NASCAR's diversity push, France replied: "My efforts there should never be challenged, no matter what my political views might be. That's a ridiculous thing to do.

"On diversity, nobody in this company has worked harder, done more and resourced it better than me.

"I founded the Diversity Council. I fought for every single thing that makes sense, because that's my core belief about diversity." 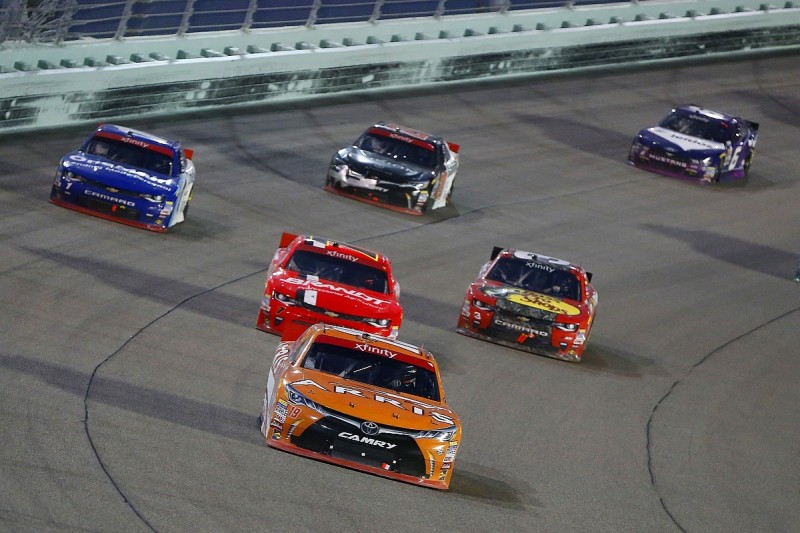 Suarez led 133 of 200 laps in the Homestead finale last month as he sealed the Xfinity title with a win.

"The very first time that I was going to move to the States, a lot of people told me it was going to be difficult because I was a Mexican driver, and nobody else made it happen in the past," said the 24-year-old.

"I was very, very close to going back to Mexico, to my country, because I just didn't feel like I was good enough. But NASCAR gave me a shot.

"So I feel like being a driver from Mexico, from Latin America, has given me more opportunities than what I was expecting in the beginning."

Suarez is expected to continue competing in Xfinity for Joe Gibbs Racing next season, though his team owner suggested he would rapidly graduate to NASCAR's top championship.

"It's going to be pretty quick we'll be going to Cup," said Gibbs.

"I think it's in Daniel's hands, but obviously he's performed so well."