Five fans were treated for minor injuries after Dillon's Richard Childress Racing Chevrolet was launched into the catch-fencing in a multi-car pile-up on the finish line.

Dillon's car landed upside down on the track with severe damage to both ends and was then collected again by Brad Keselowski's Penske Ford.

Despite the violence of the impact, Dillon escaped with bruising.

"I'm shocked that Austin Dillon is even alive," he said.

"I saw it in the mirror, and man, I expected the worst when I came back around.

"The fence and the cables, it's like a great cheesegrater to a race car and just tears it apart.

"And unfortunately all the energy as the car comes apart is carrying the debris out into the grandstands, and that's a scary thing.

"I'm happy to hear that it seems to be only a few minor injuries in the stands right now." 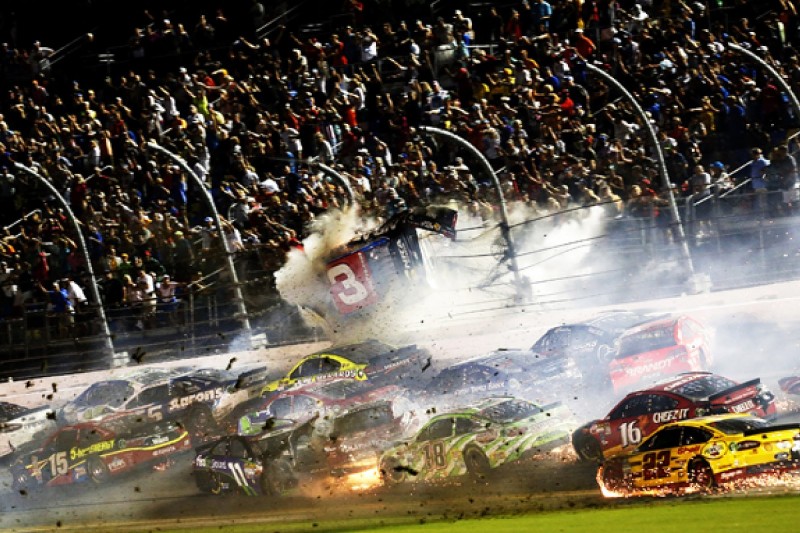 "I didn't care about anything except for just figuring out who was OK," he said.

"It was real frightening. You're just on the verge of tears.

"That car really went up in the air pretty high, and I could just see that it was a black object that hit that fence, and so I'm assuming I'm looking at the undercarriage of the car.

"I've never really seen a rollcage handle those catch fences very well, and I just was very scared for whoever that was.

"Then you just imagine the news from the grandstands is going to come in a little slower, so you start thinking about that.

Dillon does not expect to have any problems returning to the cockpit for next week's race at Kentucky.

"The safety that NASCAR has done for the race car is obviously pretty awesome," he said.

"I've got a bruised tailbone and a little bit of a bruise to my forearm, but everything else feels fine.

"I don't have a headache or anything like that, I'll ice up and go get ready for Kentucky."

Johnson is unsure what can be done to avoid similar accidents.

"I'm definitely open-minded to it and hope that we can engineer something, but I don't know how you keep a 3500-pound car at 200 miles an hour staying in the racetrack like that," he said.

"The fence held up, it did function well, but the debris going off into the stands is something I don't know how you can control.

"Keep the cars on the ground, slow us down would be the only way to do it and even then there's no guarantees." 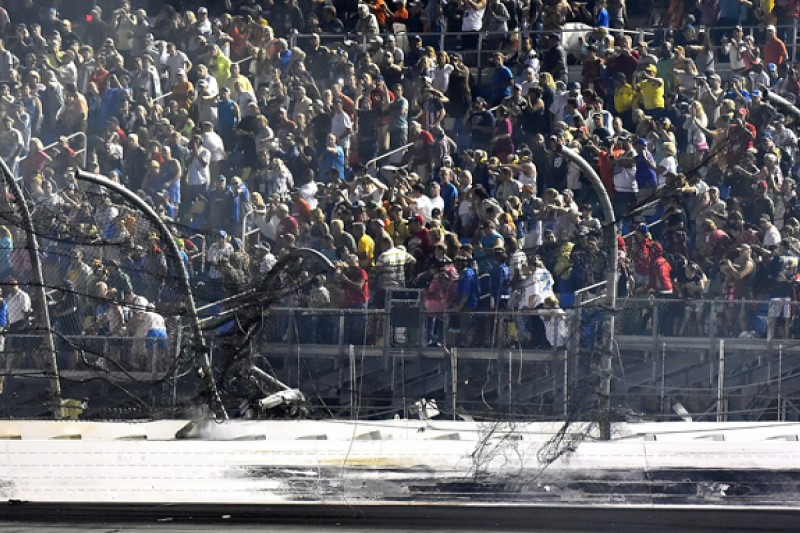