Wallace managed to avoid a series of multi-car collisions to finish runner-up in his first race as a full-time Cup driver after Austin Dillon and Aric Almirola clashed on a final restart.

That result was an almost perfect start to Richard Petty Motorsports's year, particularly after it switched manufacturer to Chevrolet and opened a new race shop ahead of the season.

Since then, Wallace managed to lead laps at Bristol before fading later in the race, but his average finishing position in 2018 is 22nd.

Wallace and RPM have been open about their financial problems, with Wallace running some races without sponsorship while RPM shouldered the costs.

But Wallace believes his struggles have not been reflected accurately.

"We were able to miss five wrecks or four wrecks or whatever it was [at Daytona], and that took out 20-something cars," he said.

"So, I always say, whoever enters into a race at Daytona or Talladega has a chance of winning.

"To go out and finish second, yeah, that was a great day. But, we knew going into [the second race of the season at] Atlanta there was no way we were going to run second.

"We had already scaled it back. But the fans, and I think some of the media, had really pushed it out. It's like, 'Oh, I'm the next best thing. I just finished second, watch-out'. And then we run 20th.

"It's the outsiders looking in, their expectations need a little reality check there. We already know, but they don't." 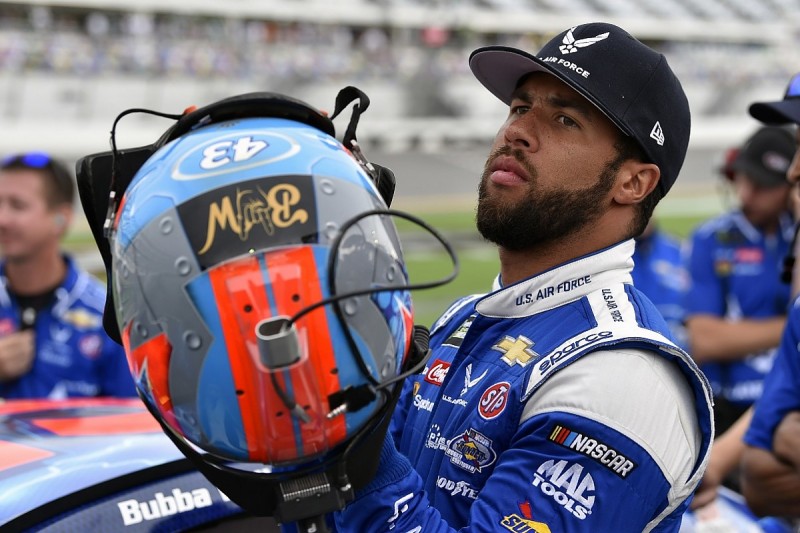 Wallace said his difficult season was to be expected because he lacks the finances of drivers at leading teams.

"And, we're a very small team with a very small budget and some things I do look back at, [I do it] maybe as a confidence-booster.

"We didn't get the finish that we wanted [Wallace finished 16th at Bristol after leading], but we still did some pretty great things. I keep saying it the last month or so, we're struggling.

"We're not going to be up there leading every lap and having a dominant car. We don't have the budget for that.

"And there's a disconnect from the fans and the media kind of portraying that. It's common sense.

"Everybody in the racing world knows it. But, people that are watching, they don't know. They just think that we suck."