A top three finish at Pocono in the NASCAR Cup series proves that Hendrick Motorsports is recovering from the slump it has endured in 2018, says driver Alex Bowman

Bowman finished third at Pocono after the race was sent into overtime following spins for Ricky Stenhouse Jr and Aric Almirola, with the Hendrick driver catching out Erik Jones when the Joe Gibbs Racing driver made a failed move for second.

Getting three cars in the top 10 for the first time this year marked an upturn in form at Hendrick, as Chase Elliott headed team-mate William Byron for sixth, while Jimmie Johnson was 17th as his winless streak continued.

Elliott had previously suggested that Hendrick was back on track after a restructuring of the team coincided with the difficult new Chevrolet Camaro's debut.

"Obviously it was a great points day for us [at Pocono], but on top of that, it's proof that we're improving each and every week and continually getting better," said Bowman.

"We're not doing it as quickly as we want to, but days like [that] make all the hard work for the guys back at the shop [and] the whole road crew worth it.

"I'm very glad, especially considering how bad we were when we started the weekend and how bad we qualified [Bowman started in 20th].

"To come out with a solid top 5 is a great day.

"Wish it would have been a little better, but I think we kind of had Pocono circled as a place that we thought we had pretty good race cars, and the #9 [Elliott] was really good, especially last race. We knew we were going to be pretty strong." 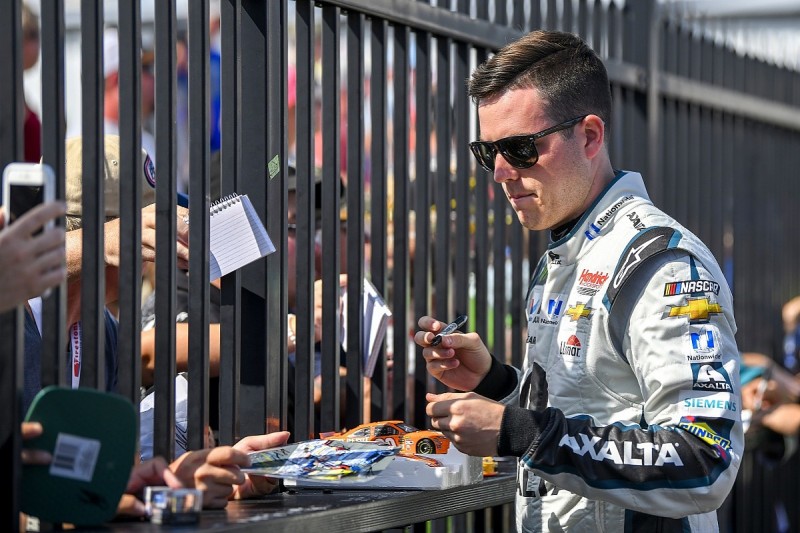 Bowman added that Hendrick has "come a long way" from where it started the 2018 season.

"For me it's more about my guys and the guys back at the shop.

"They work so hard, everybody works as hard as they possibly can, and that's 10 out of 10. Every team is like that.

"But when you start the year off like we have, we have asked a lot of people to step up and work that much harder every week, and good runs like this kind of make it worth it for them.

"Obviously a win would be much better, but to have all four of us have pretty solid days, it hopefully shows them that all their hard work is worth it because we've come a long way from where we started."