The Furniture Row Racing driver finished 18th at the season-opening Daytona 500 having briefly battled Penske's Ryan Blaney for the lead late on before falling down the order.

As a restrictor-plate race, Daytona did not give a clear insight into the competitive order although the 2018 Chevrolet Camaro won the race and Ford almost took an eighth consecutive plate-race victory.

Seven of Truex's eight Cup victories last year came on 1.5-mile tracks such as Atlanta as the then-new Toyota exerted an aerodynamic advantage over Ford and Chevrolet.

"After how we ran in Daytona, we are definitely looking forward to going to a downforce track," he said.

"While Daytona is the biggest and most prestigious race to win, the season actually starts - at least in our case - at a downforce track.

"Atlanta should give us a good indication how we fare against the competition."

Truex's average finishing position on the 11 1.5-mile tracks last year was 2.4 and he says his consistency is why he features so strongly at such venues.

"We not only had one of the fastest cars all the time, we executed well, qualified well and got those stage points early," he said.

"I just feel like across the board, from our whole team's perspective, we executed really well. We didn't make many mistakes. 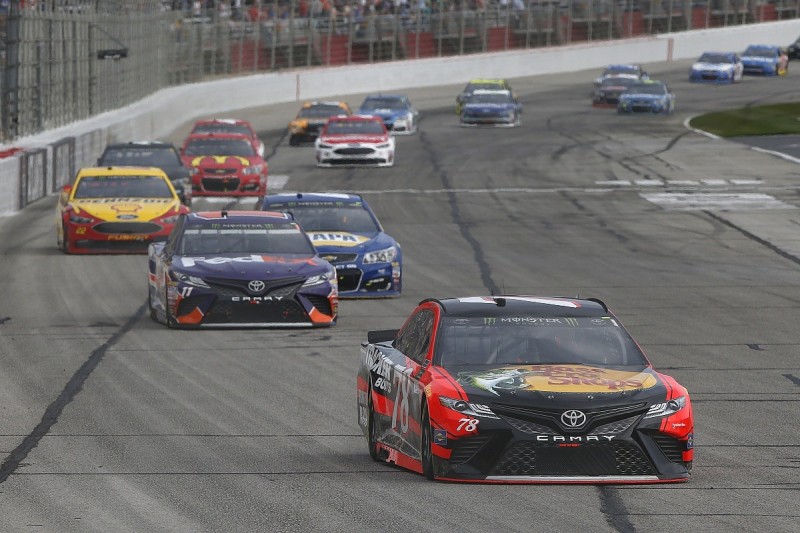 Truex's crew chief Cole Pearn agreed that Atlanta is a key race for assessing their chances of success in 2018.

"Obviously Atlanta is the first real test to know where you're at and where you stack up with everybody so it's a pretty important race," said Pearn.

"We've been close at Atlanta. We had a clutch go last year (pictured above) while running third. The year before we were running first or second most of the day but had a bad late restart.

"Overall, Atlanta has been a good track for us. But you don't know early in the year how everything is going to go. So it's very hard to predict."