Wallace finished second at the Daytona 500 after making contact with Denny Hamlin on the final lap, while Patrick's final race in NASCAR finished after she was caught up in Brad Keselowski and Chase Elliott's collision.

The new RPM driver also took part in a Facebook Watch documentary that detailed his progress from Daytona's Speedweeks through to the end of the 500.

Dale Earnhardt Jr described Wallace's build-up to the weekend as one of the most pressurised of any driver, and Harvick says Wallace has proved his promise.

"He's [Wallace] one of those guys that has the potential to take the whole sport to another level," Harvick said on SiriusXM's NASCAR Radio.

"When I talk about that mystique of the Danica Patricks of the world, she did qualify on the pole [in 2013].

"If she would have gone out and done everything that Bubba has done in basically a week and a half in Speedweeks from the performance side, her whole thing would have blown up bigger than it was."

Harvick says that only a few drivers are capable of reaching stardom.

"There are only a few of them that can take us [beyond the sport]," Harvick added.

"There's Danica, you have Chase Elliott and Dale [Earnhardt] Jr. Then you have Dale Sr. And now you have Darrell Wallace. 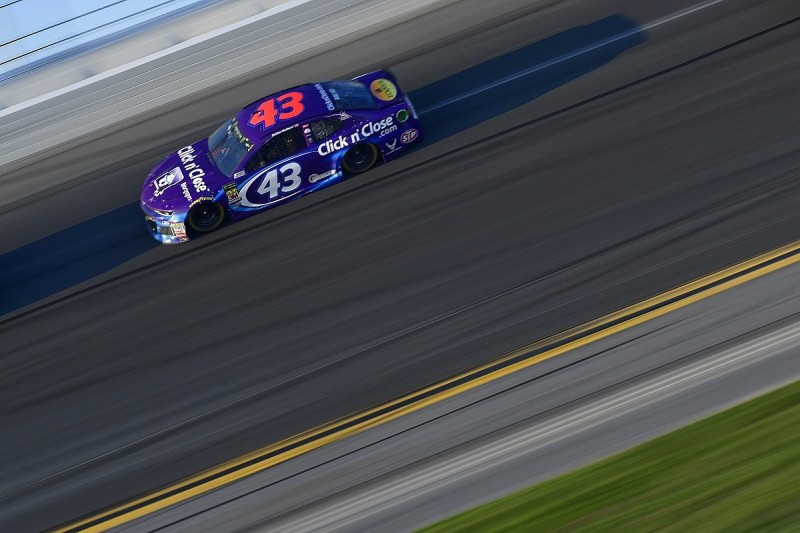 "That's not a knock on those guys, but they [Elliott and Wallace] have the potential to have the performance, the name and everything to be a megastar and also everyone piggyback on them to take the sport to a new level."

But Harvick says there has to be patience with Wallace.

"There will be some bumps in the road with some things they have to transition through and work out," he said.

"There's an experience level that Bubba is going to have to go through with the Cup cars and the racetracks and all the different things that come with being a first-year driver.

"That's the one thing I would ask the fans to be patient with.

"You see the potential that Bubba has in the things he did at Daytona. He knows how to race.

"He can go fast. He can run up front. And could have just as easily won that race as Austin Dillon did."