The manufacturer introduced a brand new Camry for 2017, a year earlier than its rivals expected, and went on to win 16 races and won the title with Furniture Row Racing's Martin Truex Jr.

Truex's nearest challenger was also a Toyota driver - Joe Gibbs Racing's Kyle Busch - as Chevrolet and Ford lagged behind with 10 wins each.

Chevrolet has introduced a new Camaro to the Cup series in 2018, which Austin Dillon drove to victory in last Sunday's Daytona 500 season opener.

Ford has also responded to criticism from its affiliated teams and made changes ahead of a new car likely being introduced for 2019.

David Wilson, president of Toyota's motorsport in the USA, expects the 2018 season to be tougher.

"In many sports, not just racing, the biggest challenge is coming off a championship season - how do you push yourself even further?" said Wilson.

"Sometimes it's easier to chase than being chased, because you know there's a target; when you're the target you have to approach a little bit differently.

"But that's a good position to be in frankly." 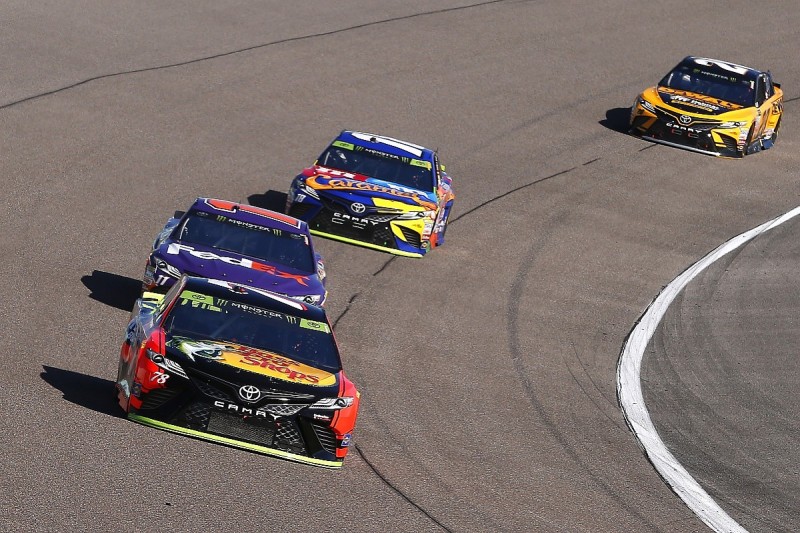 Toyota was accused of dominance akin to Mercedes' stranglehold on Formula 1 by Ford and Penske driver Brad Keselowski, but Wilson said the fact it only won two of the first 10 races in 2017 shows that viewpoint is too simplistic.

"Our performance last year certainly was good," he said. "We started off a little slow to be fair, we only won two of the first 10 races or something like that.

"The funny thing is that of course, everyone said 'well they're struggling with that new Camry'.

"You get two-thirds of the way through the season and the narrative is 'we've got a big advantage with that new Camry', and you're kind of like 'guys which is it? Which is it going to be?'"

Toyota had an affiliation with reigning champion Truex's Furniture Row outfit, Joe Gibbs Racing and BK Racing in 2017, and the manufacturer believes its success was largely down to the teams maximising the Camry.

"We'd love to pat ourselves on the back and put all of the credit on this new Camry that's just not the case," said Wilson.

"So it's the strong team organisations and partnerships that we developed last year that [meant] a three-way partnership between Joe Gibbs Racing, Furniture Row Racing and BK Racing is very powerful.

"Teams work with each other and teams learn from each other and having us there to help facilitate that, I think really played into our performance in 2017."

Denny Hamlin was the best placed of the Toyota contenders at Daytona last weekend, finishing third, while Truex ended up down in 18th and Busch was classified 20th.