Maverick Vinales will remain sidelined for next weekend’s MotoGP British Grand Prix as Yamaha will not allow him to race at Silverstone, Autosport has learned.

Vinales has been suspended by Yamaha following the Styrian GP, in which he attempted to deliberately damage his bike’s engine in the closing laps.

Yamaha announced on the eve of last weekend’s Austrian GP that Vinales had been suspended and withdrawn from the second Red Bull Ring race.

Vinales publicly apologised to Yamaha on Saturday in Austria, admitting his actions in the Styrian GP were driven by frustration at his situation during the race and within Yamaha in general.

The relationship between both parties broke down irreparably across the 2021 season, with Vinales requesting his two-year contract to be terminated at the end of the current campaign.

On Monday Aprilia announced it had signed Vinales for the 2022 season.

Yamaha said last week any decision on Vinales competing in further races this year would be subject to discussion.

“At the moment, everything is possible,” Yamaha team manager Massimo Meregalli told BT Sport last weekend in regards to the possibility of Vinales racing again.

“The decision [to suspend him] was made here, it was made by us [in Europe]. We had some talks with Japan, but the first step was to suspend in view of this race. 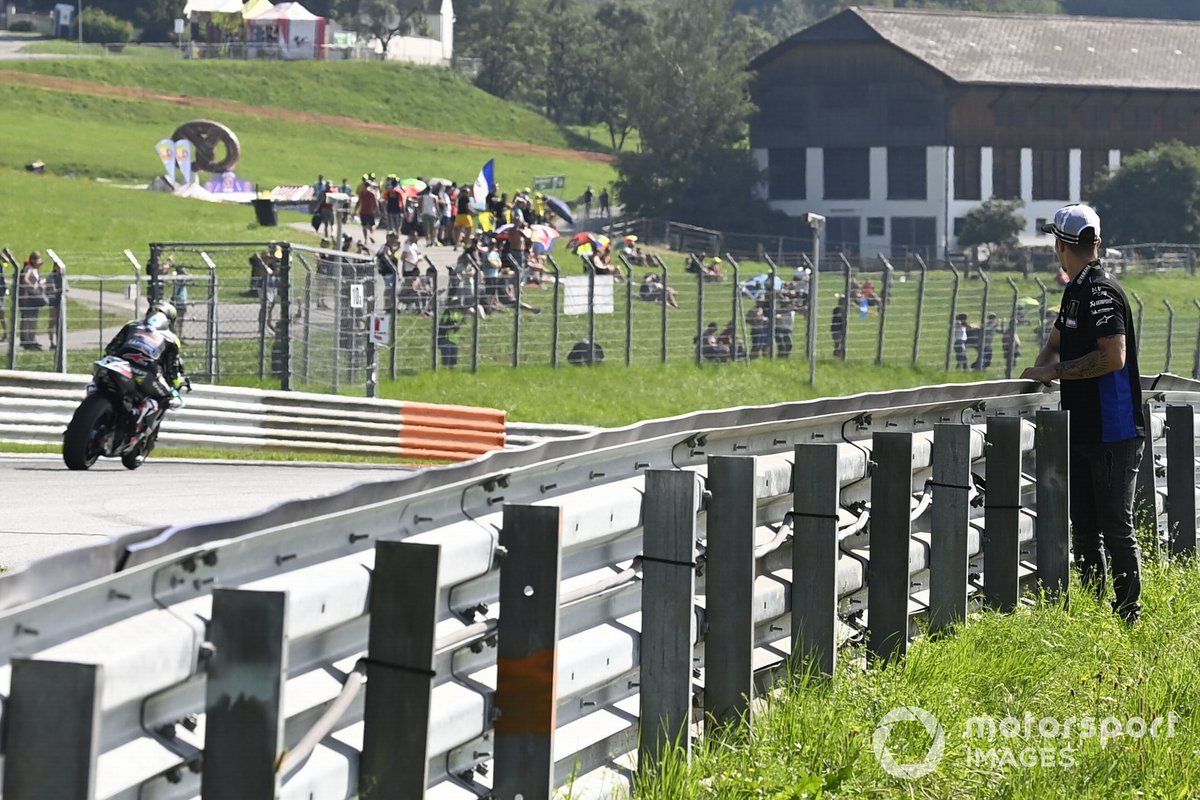 “Then we will see what happens.”

Autosport can now confirm Vinales will not race at the British GP, with Yamaha test rider Cal Crutchlow set to take over the second factory M1 alongside Fabio Quartararo for his home event.

OPINION: Why Vinales may never ride a Yamaha in MotoGP again

Crutchlow, who retired at the end of 2020, has been deputising for the injured Franco Morbidelli at Petronas SRT for the Austrian double-header and was due to do the same at Silverstone.

His place at SRT for the British GP will be taken by SRT Moto2 rider Jake Dixon, who will make his MotoGP debut in front of his home crowd.

SRT will use the British GP outing to evaluate Dixon as one of its options for the 2022 season, with the team’s search for a new line-up in the wake of Morbidelli’s promotion to the factory squad in 2022 in place of Vinales and Valentino Rossi’s retirement becoming complicated in recent weeks.

Last Sunday Petronas announced it would be ending its title sponsorship of SRT for 2022, while Yamaha is set to only supply it with ‘B-spec’ machinery next year.

With limited options, SRT looks set to promote Darryn Binder straight from Moto3 to MotoGP next year, with the South African testing a Yamaha Superbike at Brno on Tuesday.

At this stage, it’s unclear whether Vinales’ suspension will extend only to Silverstone or if his days at Yamaha have come to a premature end.