Petronas Sprinta Moto3 rider Darryn Binder will test a Yamaha Superbike bike at Brno on Tuesday as he looks set to make his MotoGP debut in 2022 with SRT.

Binder has emerged as the leading candidate to take one of the two vacant SRT Yamaha’s for next season, the younger brother of double MotoGP race winner Brad Binder set to be promoted directly from SRT’s Moto3 team.

Analysis: The Moto3 rider set for the great leap to MotoGP in 2022

Its first choice was star Moto2 rookie Raul Fernandez – who took his fourth win of his maiden campaign at the Austrian Grand Prix last Sunday – but the Spaniard has been locked into a two-year KTM deal to join Tech3.

Rossi protégé Marco Bezzecchi was its next best option, but the young Italian now looks set to make his MotoGP debut in 2022 with the VR46 Ducati team.

With options already slender, Petronas’ decision to end its title sponsorship of SRT in 2022 – as first reported by Autosport – has only further complicated matters for SRT.

With limited budget to snare big names, SRT is having to look at alternate solutions to fill its vacant Yamahas in 2022.

SRT has confirmed it will make an announcement about its 2022 plans during the British GP next weekend.

Should Binder be signed by SRT for 2022, he will be the first rider to make the leap directly from Moto3 to MotoGP since Jack Miller in 2015. 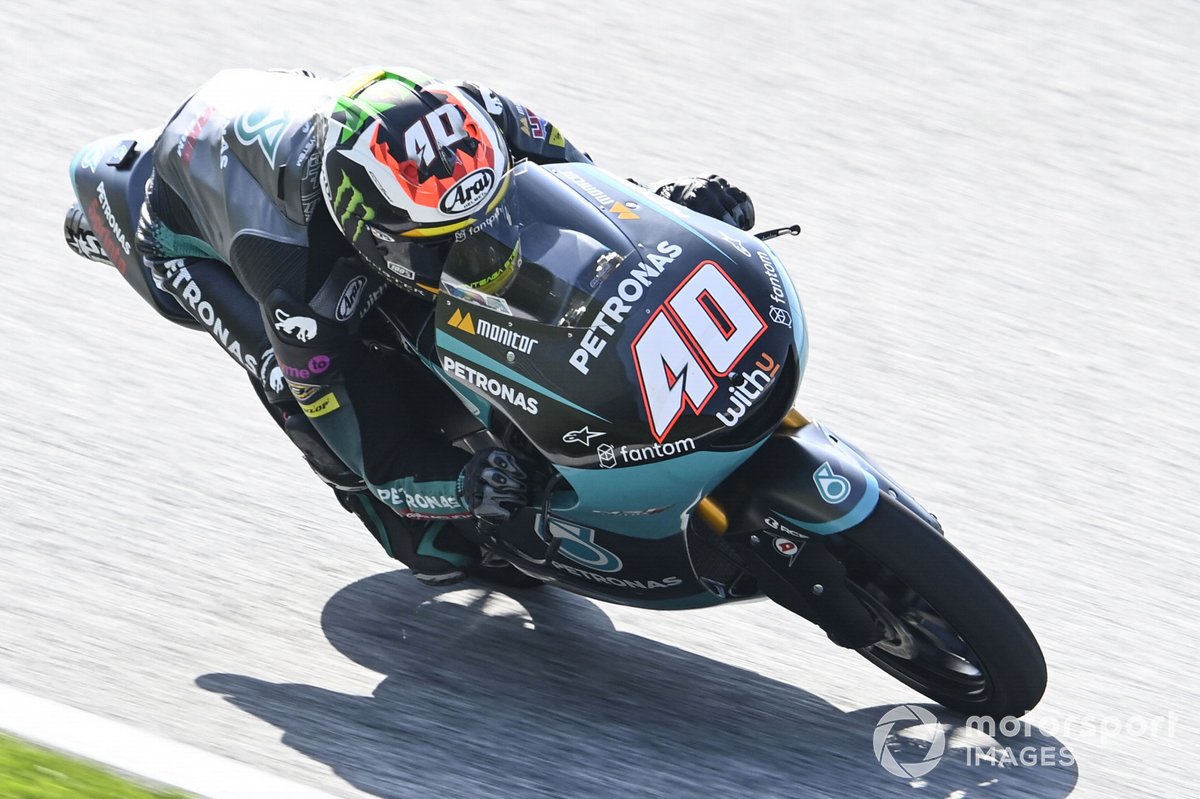 A number of names have been linked to the second SRT bike for 2022, with the team’s Moto2 line-up Xavi Vierge and Jake Dixon in the frame.

Briton Dixon has also been linked to making his MotoGP debut at Silverstone next weekend with SRT, should Yamaha decide not to field Vinales again following his suspension last week for trying to blow up his bike’s engine in the Styrian GP and put test rider Cal Crutchlow in his place at the factory squad.

SRT is expected to have two ‘B-spec’ Yamahas in 2022 under its new agreement with the Japanese marque, having for the last two years enjoyed full factory support for one side of its garage (Fabio Quartararo in 2020 and Rossi this season).

The Malaysian outfit is also set to withdraw its Moto2 and Moto3 teams at the end of 2021.