Rabat had a low-side fall at the final corner during the morning, with his GP17 Ducati bursting into flames as it rolled through the gravel trap.

The final corner is now taken at higher speed following the restoration of the previous bend, what used to be known as Turn 12, for MotoGP races after a new chicane was put in place ahead of last year's race.

Rabat was taken by ambulance to the circuit's medical centre after his crash and was subsequently taken to the Dexeus Clinic in Barcelona for further checks.

Avintia announced he had escaped without any broken bones. 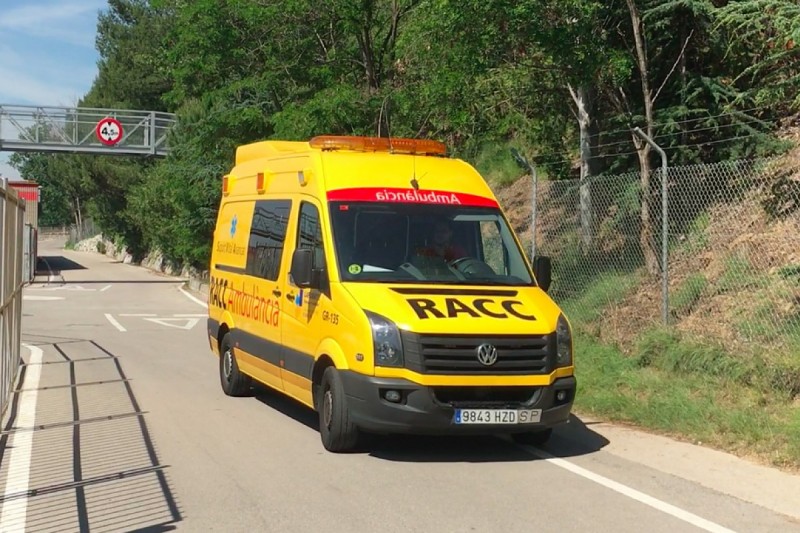 A tweet from the team read: "The first tests carried out in Barcelona ruled out fractures. An MRI [scan] is being performed to rule out ligament injuries in the left elbow."

A total of 20 riders are in action on Wednesday at Barcelona to help Michelin evaluate the new surface at the circuit ahead of this year's Catalan Grand Prix.

Marc VDS Honda team is absent following the fall-out of Michael Bartholemy's dismissal as team boss, with Pramac and Nieto also sitting the day out.

The test was scheduled for Tuesday but was called off due to rain, with only the three manufacturers that are allowed an unlimited amount of testing - Suzuki, Aprilia and KTM - taking part in that day's running.

Andrea Iannone set the fastest time of the day for Suzuki with a 1m40.422s, ahead of Pol Espargaro (KTM) and Aleix Espargaro (Aprilia).

The morning session on Wednesday was led by LCR Honda's Cal Crutchlow with a best time of 1m39.642s, fractionally ahead of works rider Marc Marquez and Iannone.