Redding has scored only five points in as many races so far in 2018, and said at Jerez earlier this month he felt time was "running out" to prove himself worthy of a new contract at Aprilia.

Despite taking part in two days of testing at Mugello week prior to the French GP, he could not improve at Le Mans either as he qualified 22nd and crashed out in the race.

Redding admitted afterwards that he was struggling to deal with the ever-increasing pressure, but said he "cannot show anything" with the current Aprilia RS-GP.

When asked if the French GP was a bad weekend for his future, he said: "I don't know, but fuck, I can't do anything about it.

"I fucking lost my mind [in qualifying], I come in and I have pressure to show results but I cannot show anything. When I try to show [something], I crash.

"It is not easy because it is always in your mind, and you think 'OK, now this weekend will be better, you're in the safe zone.' I'm even more in the shit than I was before the weekend.

"The fucking thing doesn't work for me at the moment. We tried, the bike is inside out from Jerez, completely opposite." 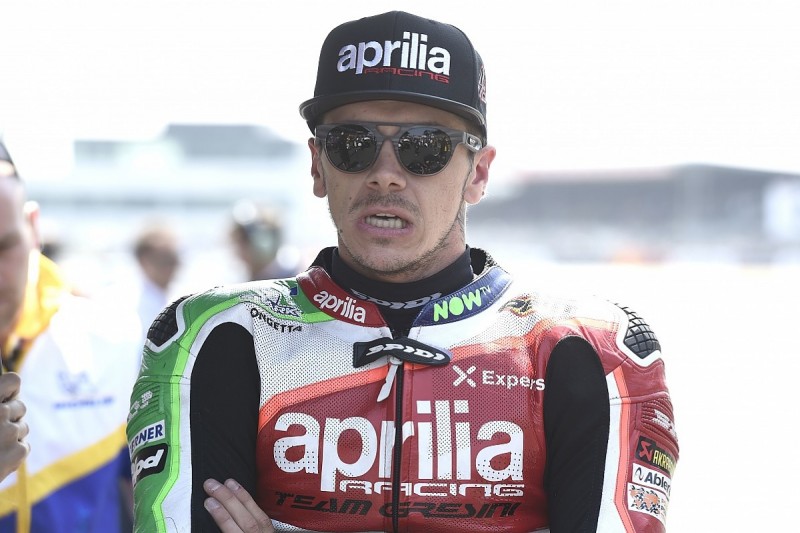 He said the Le Mans frustration was particularly difficult to cope with as pre-race testing at Mugello had felt "good" but then the French GP proved to be "a fucking waste of time" that made him think it "makes no sense to go testing".

Redding added he would be "pissed off" if Aprilia announced another rider for 2019 and then subsequently found a fix that would allow him to achieve good results.

But he added that if Aprilia does not improve his bike for the remainder of 2018, he would not want to stay with the team anyway.

"If it is like this, I cannot show myself," he said. "What do you want me to do? I cannot work miracles.

"The thing that would annoy me is if they replace me with another rider, then they bring some new parts, and I can show my potential. Then I'll be pissed off.

"If it is like this until the end of the year and I cannot figure out the problem, hey, I anyway wouldn't want to stay on again for another year if I'm struggling like it."

Among the candidates to replace Redding are Andrea Iannone, who looks certain to lose his current ride at Suzuki, and Danilo Petrucci, who is targeting a move up to Ducati's works team but also has an offer from Aprilia on the table.