Francesco Bagnaia followed up his maiden MotoGP win in Aragon by taking pole for the San Marino Grand Prix at Misano. Here’s how and when you can watch the race.

Factory Ducati rider Bagnaia took the top spot in qualifying for the second race in a row, snatching a new Misano lap record to lead team-mate Jack Miller - who says he's happy to play blocker to defend his team-mate in tomorrow's race - and championship leader Fabio Quartararo on the factory Yamaha.

Quartararo fell on his last qualifying lap trying to topple Bagnaia from the top spot, the Frenchman one of six drivers to crash during an eventful qualifying that also saw Marc Marquez, Enea Bastianini, Takaaki Nakagami, Brad Binder and a "very frustrated" Valentino Rossi hit the turf.

On his first outing as a Yamaha factory rider in place of newly-signed Aprilia rider Maverick Vinales, Franco Morbidelli qualified 16th, while Andrea Dovizioso brought up the rear of the 24-rider field on his return to MotoGP with Morbidelli's old SRT Petronas bike. 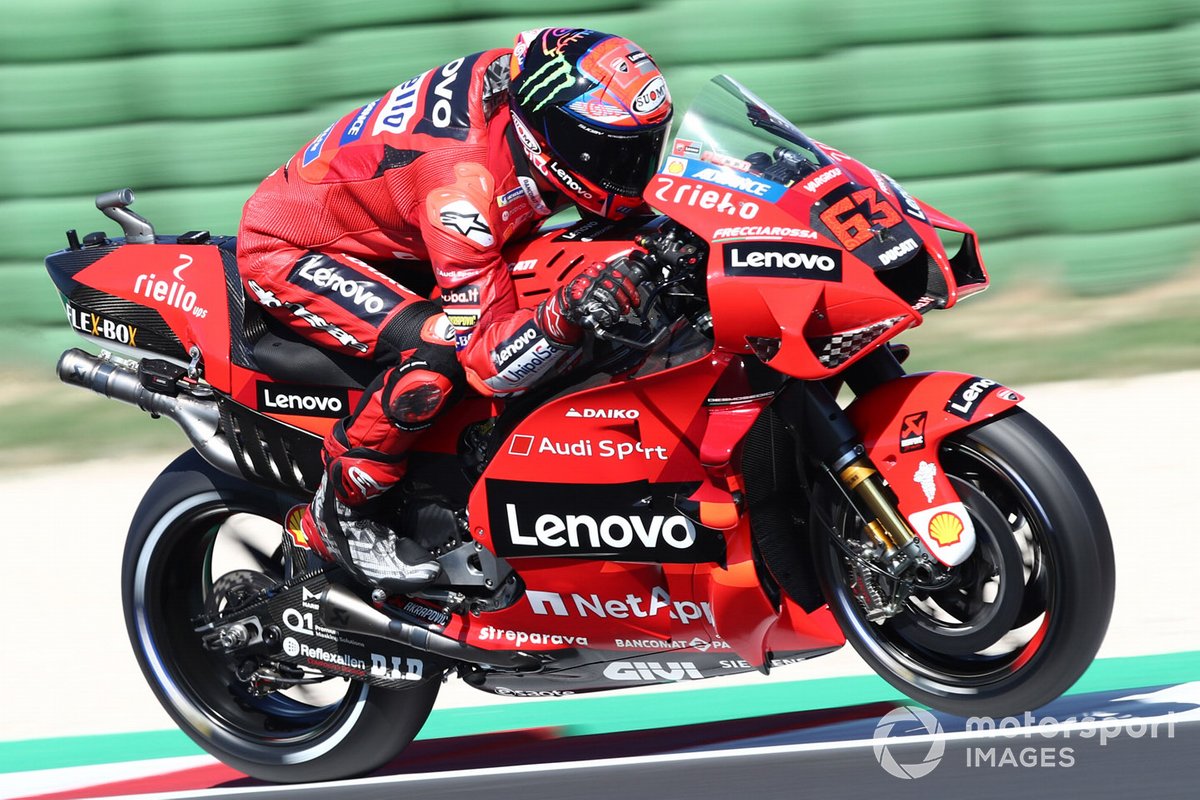 How can I watch the Misano MotoGP?

In the United Kingdom, the Misano MotoGP race day will be broadcast live on BT Sport, which has live broadcasting television rights for the 2021 MotoGP season. The race will be shown live on BT Sport 2, with race coverage starting at 12:30pm BST, directly after the Moto2 race. 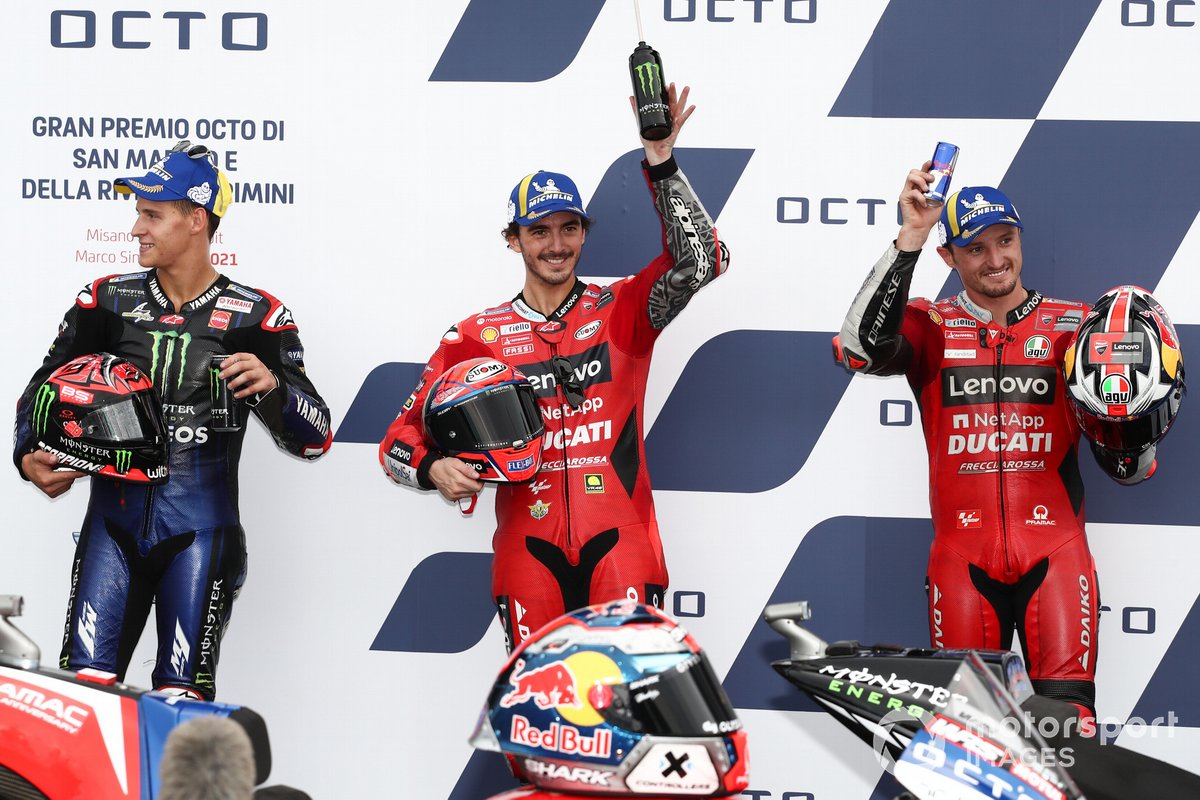 How can I watch the Misano MotoGP highlights?

Dry and sunny weather conditions are forecast for the San Marino Grand Prix at Misano on Sunday afternoon, with a low chance of rain, and highs of 26 degrees Celsius for the start of the race – three degrees cooler than the Aragon GP last time out.