World champion Joan Mir is critical of Marc Marquez using other riders as a reference to make lap times behind during the MotoGP San Marino Grand Prix weekend.

Marquez got out of Q1 on Saturday at Misano by using Honda test rider Stefan Bradl as a reference for most of the session – a plan devised by Marquez, which was greenlit by HRC.

In Q2 Marquez got his hooks into the back of eventual poleman Francesco Bagnaia in both of his runs in the session, though crashed chasing the Ducati rider late on and was left in seventh as a result.

Earlier on Saturday in FP3, Marquez was captured on camera expressing frustration at his team’s tardiness in getting him back on track late on for a time attack as he’d hoped to exit behind the Suzuki of Mir to help his bid to make it straight into Q2.

Marquez has spoken previously this year about his need to follow other riders owing to his physical condition, and says it’s not something he likes to do.

But Mir was once again critical of his tactics, saying: “Well, about Marc, all the riders know what Marc needs, no?

“He always needs a wheel to be, I think, strong. I don't know, it's something that it's difficult to understand for me how an eight-time world champion cannot make his job on his own and all this and always needs [to follow] someone’s wheel.

“But yeah, it's the game that always Marc loves to play and that's it.

“Today was me [he tried to follow], so I tried to make my job, I don't care about if I have someone on the back and this, I try to give my 100% and to fight for and to work for the race.” 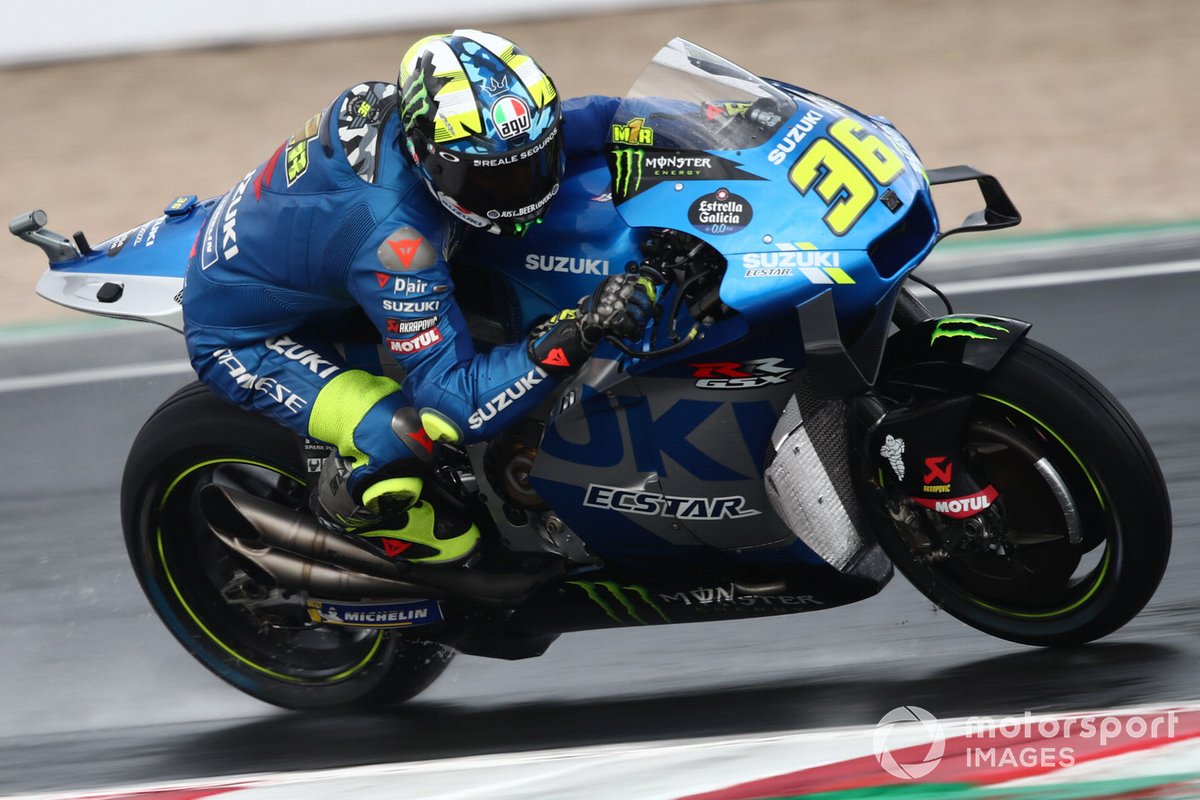 Marquez says he’d already spoken to Mir in the television set after qualifying and says the Suzuki rider conceded that what Marquez did was simply part of the game.

“First of all, in the qualy I didn’t follow Mir,” Marquez said.

“I followed Stefan Bradl, basically we did a really good job.

“It was my idea and HRC accepted it. He just pushed in front and I was able to do a good lap time behind Bradl and progress to Q2.

“About Mir, I already speak with him in the media and he said to me ‘don’t care what they ask to you because I’m not pushing like they will say’.

“He said that it’s normal that a slower rider tried to find a fast rider to follow. About this it’s natural in motorbikes, always if you don’t disturb the others of course.”

Mir only qualified 11th after encountering an issue with his front tyre in his first run, before a box call on his dashboard was mistakenly given to him by Suzuki.

This forced him back into the pitlane late on, leaving him with just one lap at the end – but couldn’t complete this as he had to abort his final effort when Fabio Quartararo crashed in front of him.

“It's a message that the team put on the bike and they didn't realise that it was there,” Mir said.

“It's a shame because it's not... like, one rider is following you, you don't have any problem, you go.

“But in this case, normally, when they [tell you to] box, it's because you have to go to the box, and it was a shame, but I think that also the team are disappointed about this mistake and I understand completely this situation, because obviously it's not my fault but I trust that we will have a solution.