Jack Miller says he is "happy to play blocker" for Ducati team-mate Francesco Bagnaia in Sunday’s MotoGP San Marino Grand Prix, should the poleman breakaway at the front.

Bagnaia stormed to his second-successive pole with a new lap record at Misano, while Miller shadowed him in qualifying in a repeat of Saturday at Aragon last weekend.

The poleman appears to be one of the strongest on race pace coming into Sunday’s race and could give his title hopes a bit more of a boost with a victory having reduced the deficit to Fabio Quartararo – who will start third at Misano - to 53 points with his Aragon win.

Miller – who said last week he’s happy to see any Ducati win races – says he is happy to help defend his team-mate on Sunday if that situation arises, but concedes it’s too early to draw up any tactics.

“I mean, it’s always a Jack race in my mind, but we will see how the race unfolds,” he said when asked if he went into the race playing a team game.

“For sure Pecco I think on paper and from history is probably the strongest one of the grid.

“So, if he wants to check out I’m quite happy to sit in his wake and play blocker as much as I can.

“But I think talking about that kind of thing now is pointless.

“I think we need to wait till the lights go out tomorrow and when that happens understand where you are, understand the race, how you’re feeling, how the bike’s reacting and go from there.” 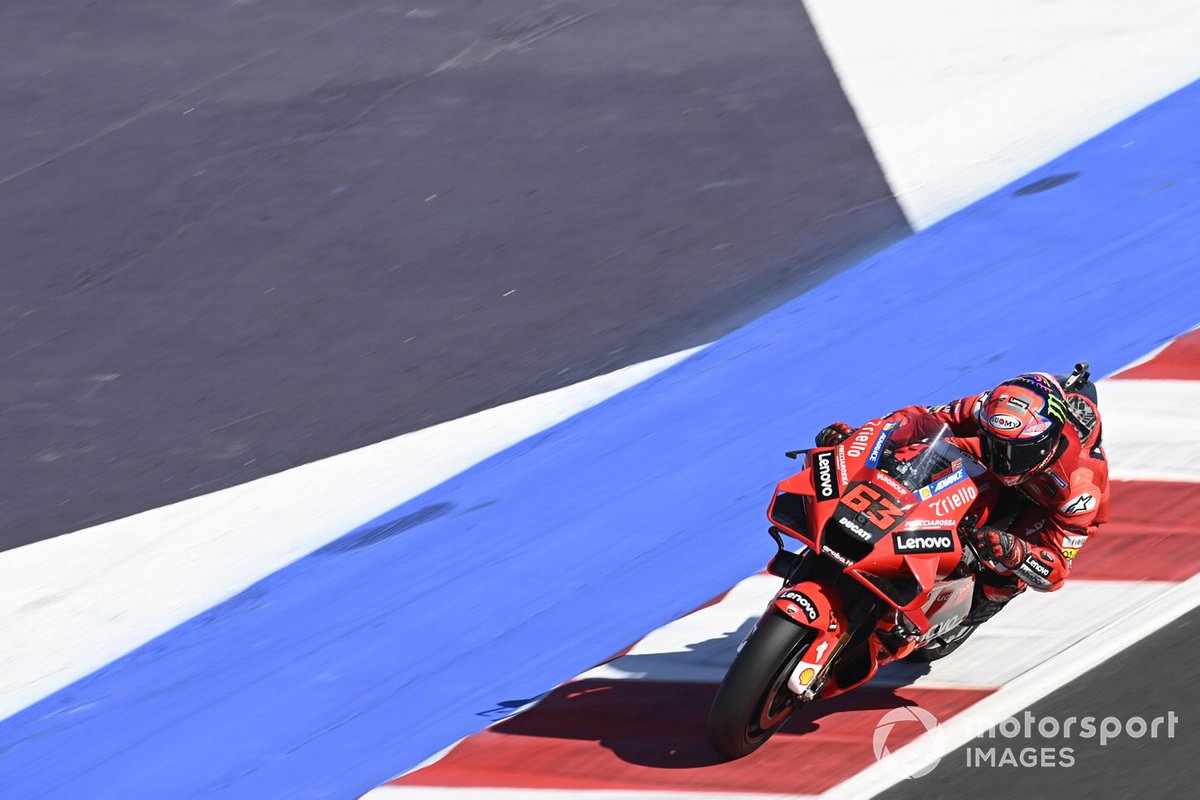 Bagnaia says his motivation coming to Misano was “higher” following his Aragon win, while noting his training laps on a street bike at the circuit with the VR46 Academy has helped him to transform the venue into one of his favourites on the calendar.

“For sure, the motivation was higher after my first win, but also it’s always special to come here at my home grand prix,” Bagnaia said following his third pole of 2021.

“So, it’s a mix of the two things that have helped me to arrive here with a lot of motivation.

“I did a lot of laps this year with the Panigale bike and every time I enjoy a lot to ride here.

“It’s not an easy track, it’s one of the worst for me before coming to practice with the Academy.

“And now it’s one of my favourites, so I really like to ride here, not just because I like the track but because it’s a really technical track, but because we are in front of our fans.

“So, the motivation was very high and I was ready to arrive here and to be fast like we are doing.

“So, I’m just very, very concentrated on the race of tomorrow and I would like to try to let the people in the grandstand enjoy cheering with us.”