Just as it was one week ago at Aragon, Bagnaia headed Ducati team-mate Jack Miller to claim his third pole of the season, while championship leader Quartararo held onto third despite a late tumble at Turn 1 in a crash-strewn qualifying.

Suzuki’s Joan Mir set the initial benchmark with a 1m33.151s, though this was immediately bettered by Francesco Bagnaia on the factory Ducati with a 1m32.844s.

Over the next few minutes provisional pole went to Quartararo, Aleix Espargaro, Jorge Martin and Marc Marquez, before Bagnaia returned to top spot with a 1m31.664s.

The home hero’s second stint at the top lasted just seconds, as Quartararo moved the goalposts again with a 1m31.367s on the factory Yamaha.

Bagnaia lit up the timing screens with two minutes to go to produce a new lap record of 1m31.065s that would be enough to keep him on pole in front of his home crowd.

Miller was able to dodge the late yellow flags to guide his factory Ducati to a 1m31.314s for second.

Quartararo looked like he would be the only rider able to challenge Bagnaia’s pole, but slid off his Yamaha at the first corner at the start of his final flying lap. 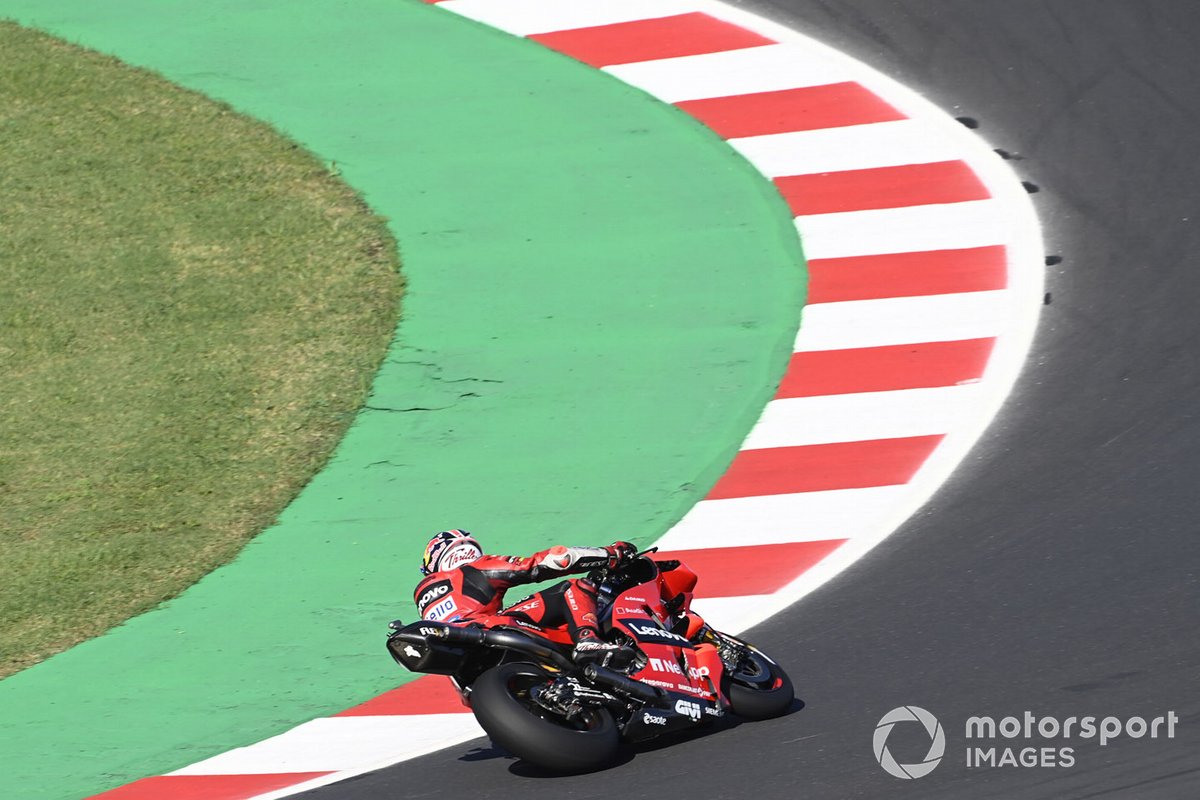 But his 1m31.367s was good enough to keep him on the front row for Sunday’s race, while Jorge Martin heads row two on his Pramac Ducati.

Martin beat team-mate Johann Zarco by 0.173s, with Pol Espargaro the leading Honda runner in sixth after team-mate Marquez – who had to come through Q1 – crashed at the Tramonto right-hander late on while trying to shadow Bagnaia.

Marquez ended up seventh as a result from Aprilia’s Aleix Espargaro, who found himself directly into Q2 after he had a lap reinstated following FP3 to ensure his safe passage.

The sister Suzuki of Mir endured a nightmare session, an issue with his front tyre forcing him into pitlane ahead of his final lap – while Quartararo’s crash just ahead of him meant he could do nothing to improve on 11th.

Avintia’s Enea Bastianini sailed through Q1 – though did have a low-speed crash at the end of the session – but could do no better than 12th on his two-year-old Ducati.

Takaaki Nakagami was denied a place in Q2 after the LCR Honda rider crashed late on at the Tramonto right-hander late on in Q1.

He heads Ducati wildcard Michele Pirro, Avintia’s Luca Marini and Franco Morbidelli, who qualified 16th for his first race as a factory Yamaha rider and his first since June’s German GP. 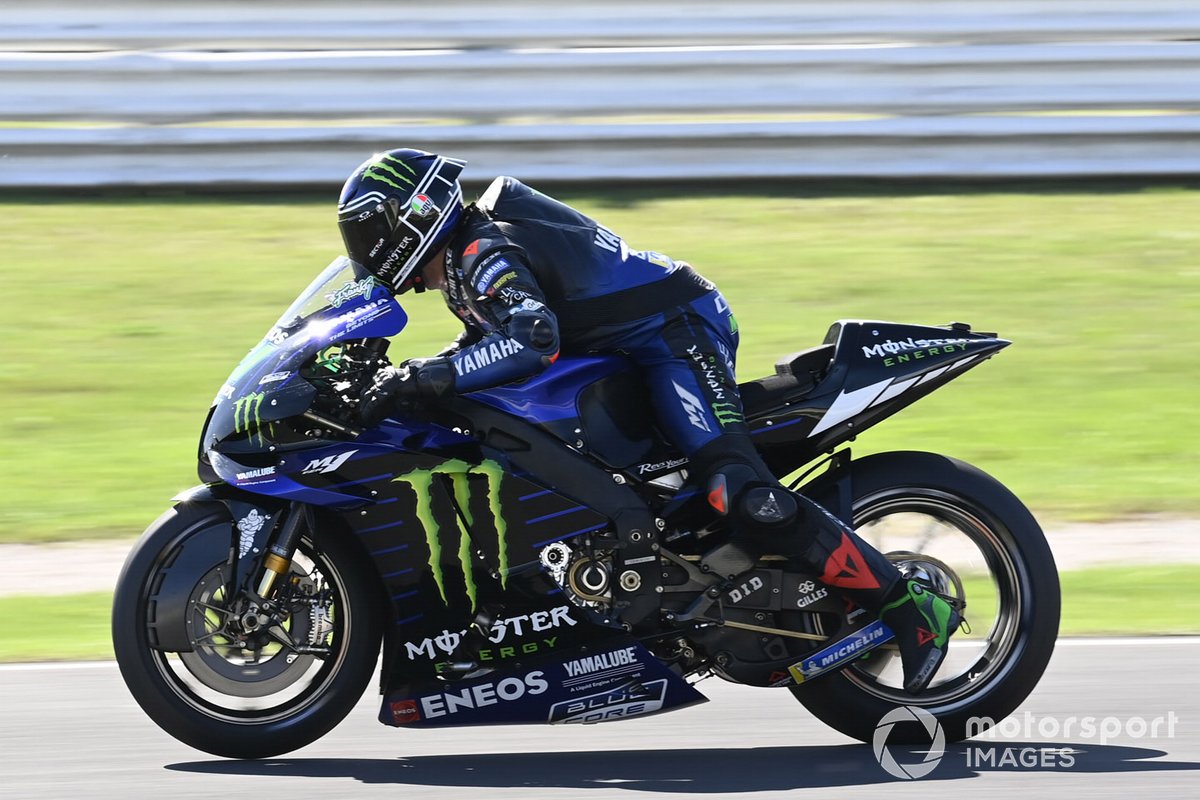 Brad Binder also crashed late on in Q1, compounding an already tough day for KTM, with the South African consigned to 17th ahead of Honda wildcard Stefan Bradl – who was deployed by HRC as a tow for the Marquez brothers to help their bids for Q2.

It didn’t work out for Alex Marquez, who had to abort a fast lap due to Nakagami’s crash and was left in 19th as a result ahead of Tech3’s Iker Lecuona and factory KTM counterpart Miguel Oliveira.

Danilo Petrucci heads an all-Italian final row of the grid on the sister Tech3 KTM, with Petronas SRT duo Valentino Rossi – who crashed early in Q1 – and the returning Andrea Dovizioso on the two-year-old Yamaha completing the field.