Ducati’s Jack Miller says he has a “score to settle” with Le Mans after an unavoidable mechanical issue ruled him out of victory contention in 2020’s MotoGP French Grand Prix.

Miller qualified on the front row for last year’s Le Mans race, but rain just before the start forced everyone to change to their second bikes.

Unfortunately for Miller, his second bike had developed mechanical issue in warm-up and wasn’t due to be run again for the rest of Sunday.

But with the weather forcing him onto it, Miller knew he would ultimately not see the chequered flag.

Fresh from his redemptive Jerez victory two weeks ago, Miller is looking to make amends for last year’s misfortune this weekend at Le Mans.

“It makes you more eager for the next one,” Miller said of his Jerez win.

“At the end of the day bike racers, we’re always looking for what’s next and what we can try to do and we always want more.

“So, for sure, looking at coming here and doing a strong weekend like we did in Spain.

“But it’s been a pretty calm week to be honest, I’ve just stuck to what we’ve been doing in the last few.

“I think we’re prepared for all conditions coming this weekend.

“I mean, I’m normally pretty good in the wet, so if that comes it comes.

“I feel like I’ve got a score to settle with Le Mans after last year, so I’m looking forward to being back here.” 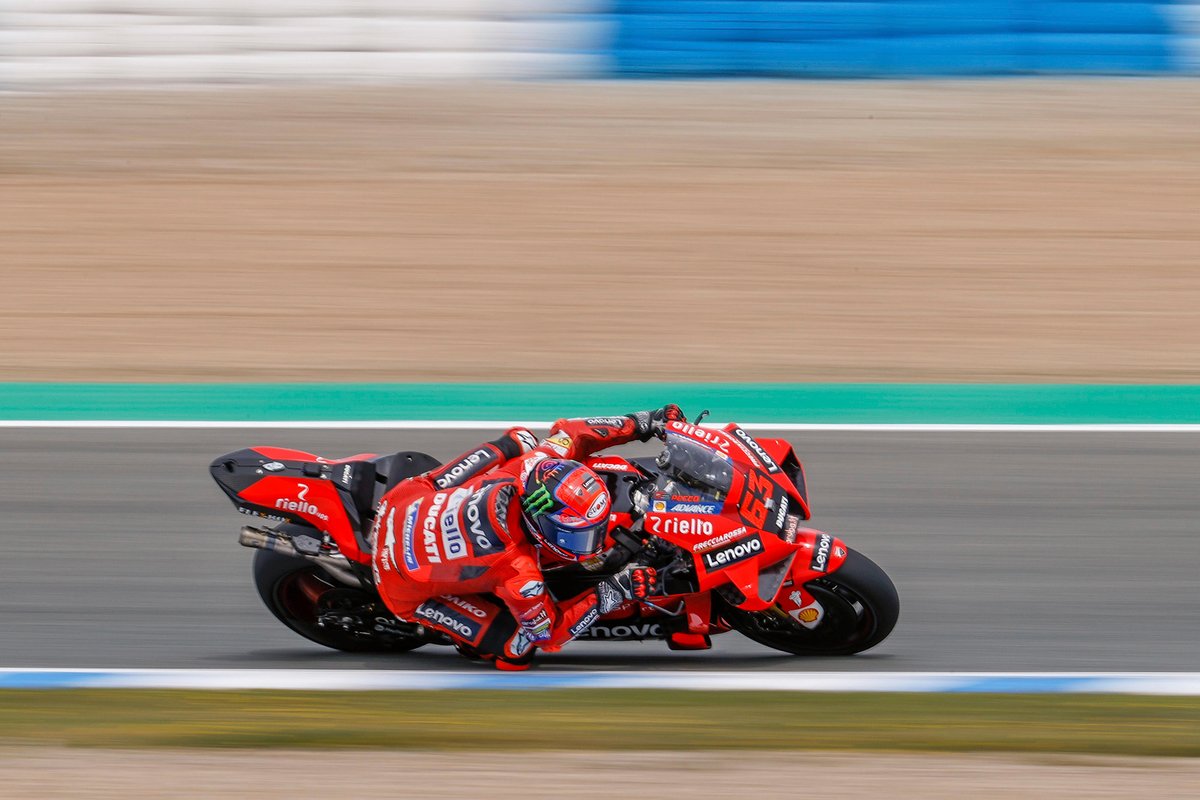 Miller’s Ducati team-mate Francesco Bagnaia leads the championship ahead of the French GP, but admits it’s “too soon” to start thinking about the title.

With wet weather forecasted for the weekend, Bagnaia also admitted his racing experience in those conditions is severely lacking.

“So it’s too soon to think on it. We’ve just to think race by race, it’s a track that I like.

“We did three podiums here: one in Moto3, victory and second position in Moto2.

“So, it’s a track that I like and it’s very suitable for our bike.

“So, I’m prepared to ride here, but we have to see the forecast and the weather because it looks like it will rain and in the wet I think I’ve done just six races in all the categories in my career in MotoGP.”