Valentino Rossi says he wants to prove 1993 500cc world champion Kevin Schwantz’s comments about still having fight left in him right as a decision on his MotoGP future looms.

In an exclusive interview with Autosport’s Tank Slappers Podcast, Schwantz admitted he was “concerned” about Rossi but was sure he “still has some fight left in him”.

This was in response to the miserable start to 2021 Rossi has endured on the Petronas SRT Yamaha, having scored just four points from the opening four rounds.

Rossi is expected to make a decision on whether he continues racing or not into 2022 in the coming grands prix and hopes to prove Schwantz’s assumptions correct.

“I don’t read nothing never, for 15 years,” Rossi said ahead of the French Grand Prix when asked if he paid attention to any negative comments about him.

“But sometimes I see because on Instagram I have [those riders making the comments] and I saw that somebody speaks well, somebody less.

“I see good words from Kevin and [Carl] Fogarty and also Pol [Bertran, SRT press officer] say to me everything more or less before the interview.

“I have to say thank you to the ex-champions that speak well. 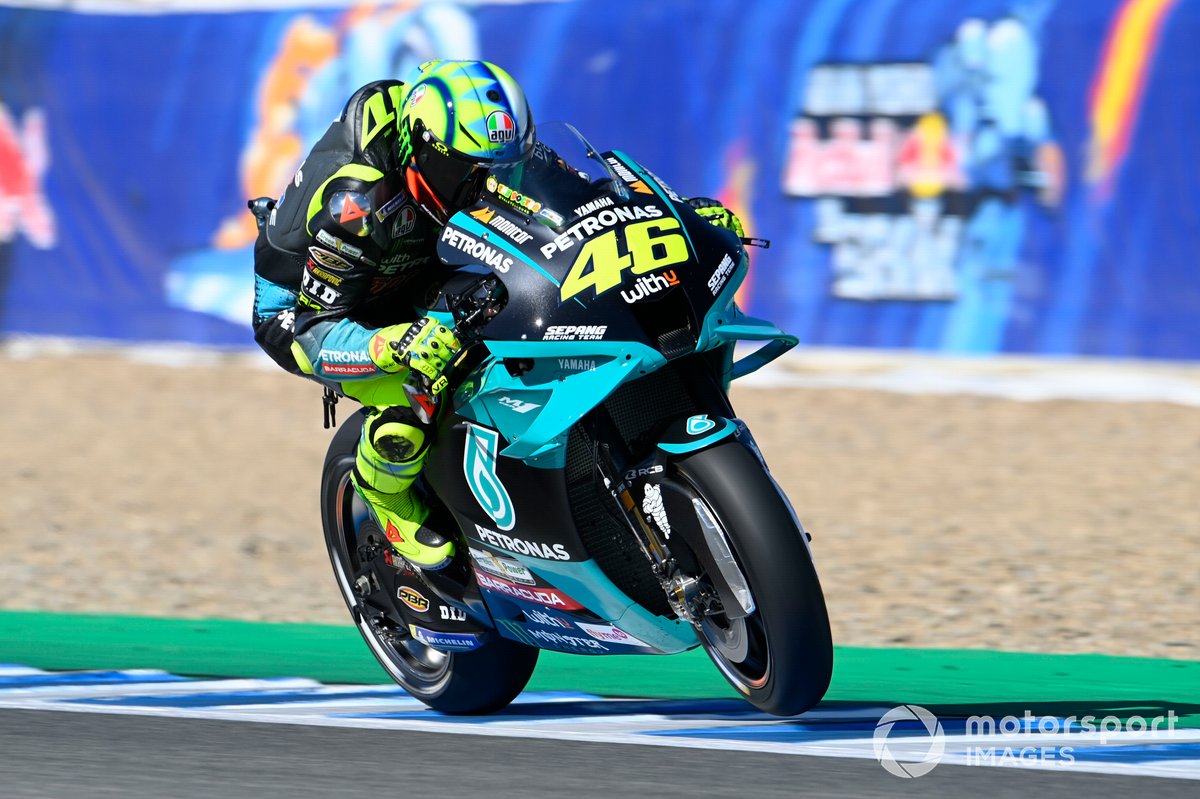 “What I like is Kevin said he still trusts in me and he said that I still have some fight or some power inside or some strength.

“So, I agree with him and I will try to demonstrate. So I have to say thanks to Kevin.”

Ahead of this weekend’s Le Mans race, it was announced that the following Italian GP at Mugello will be held without fans due to the ongoing COVID-19 pandemic.

Having been struck from the calendar in 2020, Rossi admits of all the races held behind closed doors, Mugello without fans is “a bigger problem”.

“I think that Mugello is the place where having no fans is a bigger problem because the track is a natural stadium,” he said.

“Maybe Jerez is like this, or Assen. But Mugello you see the people when you ride, it’s one of the only tracks.

“So, it’s a great shame not to have any fans this year.”