The Austrian manufacturer is making its full-time debut in the premier class this year, following an extensive testing programme and one-off race appearance in 2016.

It will field Pol Espargaro and Bradley Smith this year, with test rider Mika Kallio expecting to make wildcard starts, and CEO Stefan Pierer says KTM's sights are set on an expanded presence for its second campaign.

The latest agreement between MotoGP promoter Dorna and teams aims for a 24-bike grid made up of six manufacturers, each running two works and two satellite bikes.

Along with KTM, Suzuki and Aprilia only field works machines, while Ducati accounts for eight of the 23 bikes on this year's grid through its factory outfit and the Pramac, Avintia and Aspar teams.

"We are focusing on the factory team in the first year," said Pierer.

"We have a five-year contract with Dorna, we already have agreed that in the second year we are also providing material and bikes for a private team.

"That's the plan for the next two for years.

"I think the priority is to get ready with the factory team and to get ready for providing [bikes] to a second team." 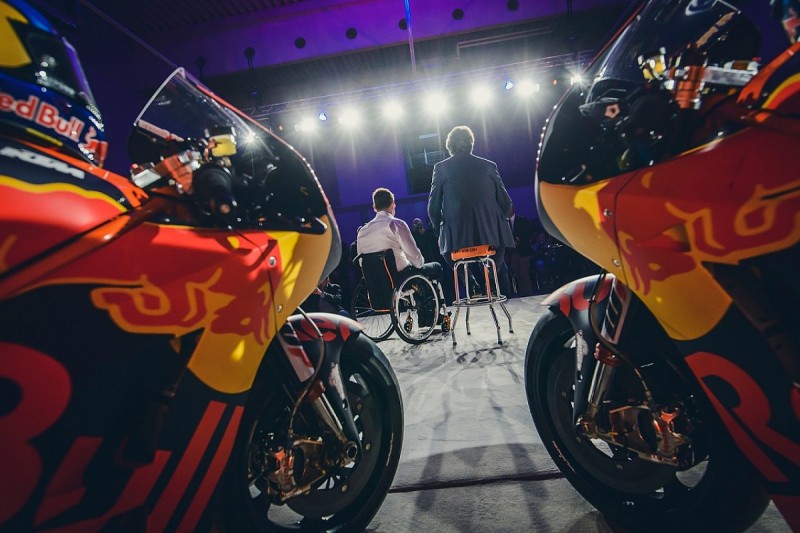 Pierer described KTM's testing progress as "motivating", with Espargaro finishing 1.308 seconds off the pace at Phillip Island last week, and views Suzuki - which won a race last year, in its second season back - as its point of reference.

"I'm always telling my colleagues, as a benchmark, Suzuki has done a great job," continued Pierer.

"The first tests for us were difficult, because we were testing different set-ups. We don't have a platform like the others.

"But it's going very well, and Phillip Island was very motivating that we are in the right direction.

"In the Dakar [Rally] it took seven years [for KTM to become a winning team].

"Throughout these [first] three years we want to come close to the podium and touch the podium."