Kiefer Racing's deal to run KTM bikes in next year's Moto2 season has fallen through after the pull-out of an investor, rider Dominique Aegerter has revealed

Following the sudden death of team co-founder Stefan Kiefer during the Malaysian Grand Prix weekend, an agreement was reached for the German outfit to be purchased by former racer David Pickworth.

Contracts were supposed to be signed on Thursday and Friday this week, but Aegerter and his manager Robert Siegrist have been left searching for financial backing to save the deal after an investor pulled out at the eleventh hour.

"The investor who was supposed to give Pickworth the money has left and as a result the KTM deal was annulled," Aegerter told Autosport.

"We thought everything was alright two weeks ago and today and tomorrow it was planned to sign the deal between team and rider and team and investor. But it fell through.

"We now need to have a look how to proceed. For us this is also a complete new situation, but we've made a plan B two, three weeks ago already.

"We'll now see that everything gels together and that we can work with Kiefer and - of course - KTM." 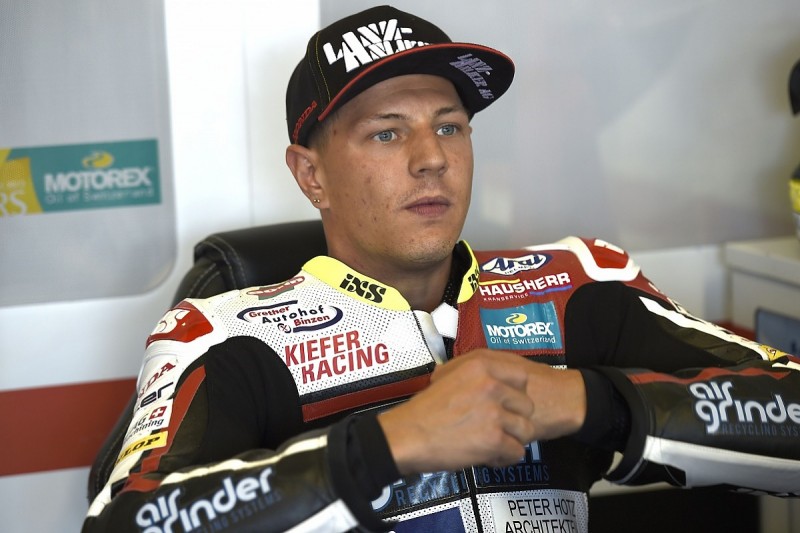 Aegerter said he was doing everything he could to rescue the deal himself.

"We need to find money," he said. "I'll be investing myself and relinquishing my salary too.

"It is a shit time, it is three days before Christmas and it is additional stress when everyone is stressed anyway already.

"But I won't give up and my clear target is to race Moto2 on a KTM chassis and for Kiefer Racing."