Iannone made his MotoGP debut with Ducati at the Pramac squad in 2013 and graduated to the works team in '15 before winning his so far only premier class race in Austria in '16 - ending Ducati's six-year win drought.

The Italian switched to Suzuki for '17, but struggled for form after selecting the wrong engine pre-season, and would lose his place at the end of the following season.

In a Q&A on Instagram with four-time 250cc world champion Biaggi last month, Iannone says he "shouldn't have gone away from Ducati".

Iannone was actually ousted from Ducati at the end of '16 - a decision partly made for his part in wiping out Andrea Dovizioso in Argentina at the last corner and costing the team a double podium.

"In hindsight, you would always change something from your past," Iannone wrote.

"In my case, I shouldn't have gone away from Ducati.

"The bike in particular was frightening in acceleration and braking, while suffering on entry to corners.

"I switched to Suzuki [in '17] and found the opposite.

"Today we need a compromise to make well a bike that brakes and has traction."

Iannone moved to Aprilia last year, and though he scored the team's best result of sixth and put an Aprilia in the lead of a race for the first time in Australia, he endured a low-key campaign.

Having been under suspension following a failed drugs test during last year's Malaysian Grand Prix weekend, Iannone was handed an 18-month ban by the FIM last month.

An FIM disciplinary ruling found Iannone did ingest the offending steroid through contaminated food, but this wasn't enough to fully acquit him.

Iannone is set to appeal the decision, with Aprilia fully backing him. 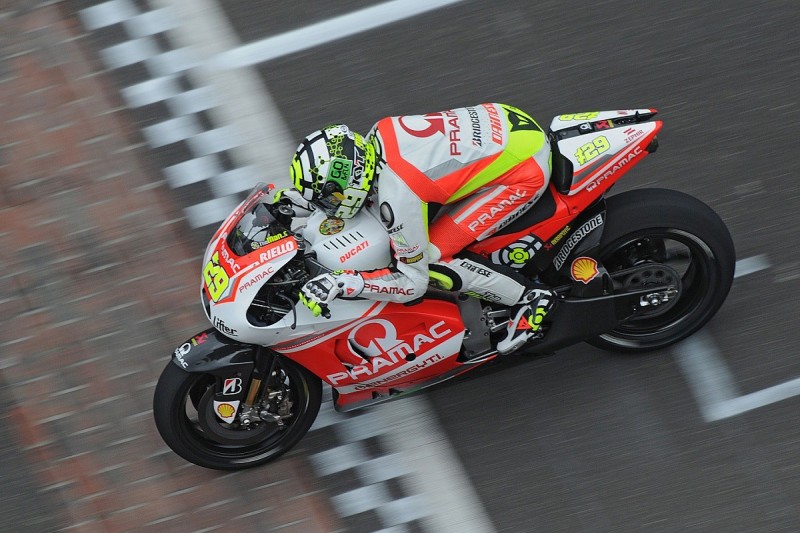 Door open for a Ducati return?

In a recent interview with Sky Italia, Pramac boss Fracesco Guidotti didn't rule out the possibility of a Iannone return to the team.

"There is a very strong emotional bond between us, because we have spent two intense years together," Guidotti told Sky Italia.

"Who knows, maybe if the occasion came up again we would discuss it for sure.

"It's clear that with him, unlike with others, we didn't reap the benefits of our work because in the two years he was with us we were in a very difficult technical situation. Ducati wasn't as competitive as it is today.

"It would be nice to close the circle with Andrea. He took his own path, but there's still a bond."

Ducati sporting director Paolo Ciabatti is also open to the idea, though admits it would go against the ethos of the Pramac set up.

"It is clear that on the one hand the main task of the Pramac team is to raise promising young riders to be a kind of 'nursery', as was the case for Iannone, [Danilo] Petrucci, [Jack] Miller and [Francesco] Bagnaia," Ciabatti told Sky Italia.

"From this point of view Iannone is 30 years old and would not be perfectly positioned in such a programme.

"Having said that, why not? Never say never.

"I think Iannone has great talent, he is a very fast rider.

"He has lost his way a bit for a lot of reasons; I think he is perfectly aware that he made mistakes in his career at decisive moments."

Tank Slappers Podcast: Why Suzuki has pinned its hopes on youth