Cal Crutchlow has defended rider Sam Lowes in the wake of pressure from his Aprilia MotoGP team, saying the rookie deserves more time to prove himself

Moto2 graduate Lowes is in the first season of a two-year with Aprilia, but has faced growing scrutiny after a tough start to his debut season.

He recorded a best qualifying of the season last weekend in Assen, making it out of a wet Q1 session and starting the Dutch TT 10th, but crashed out of the race while running 15th.

Aprilia racing manager Romano Albesiano said earlier in the month the team was in talks with possible replacements for Lowes, with Alvaro Bautista and Danilo Petrucci both admitting discussions had taken place.

When asked by Autosport about Lowes's situation, Crutchlow said he felt his compatriot had not been given enough of a chance to show his potential - and that comparing his situation to his fellow rookies would be wrong.

"[Lowes] hasn't had a fair crack of the whip," said Crutchlow.

"He's sat in the garage more times than he's been out on the track most of this year, not through his fault.

"He's had mechanical issues, and he's not been able to prove himself.

"The [Yamaha] that Zarco's on, you have no idea how easy that thing is to ride.

"If you put him on the Aprilia or the Honda, he would not be anywhere near where he is right now.

"He's a good rider, don't get me wrong, but you can't look at that and compare." 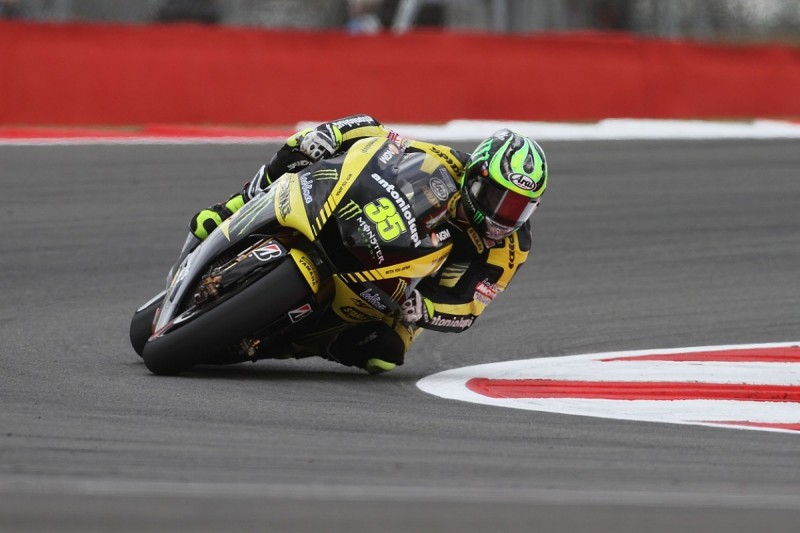 Crutchlow likened Lowes' situation to his own as a MotoGP rookie in 2011, when he made the switch from World Superbikes to join the Tech 3 Yamaha team, and believes the Aprilia rider is making the same errors as he did then.

"I think Sam will get a lot better, he just needs time," added Crutchlow.

"What he's doing with the bike is not completely wrong, but it's wrong.

"It's exactly how I rode when I came here, and look where I finished, I was shit as well.

"I had arguments with Herve [Poncharal, Tech 3 boss] the first year that I came.

"The next year, I went straight and got two podiums and was fourth at the first race. It's just the way it is.

"You need to take the experience and take the time and improve, but they need to give him the time."

Ducati can be competitive at every MotoGP circuit, says Dovizioso