LCR has been a one-bike operation for the majority of its time in MotoGP.

But LCR has been given the option by MotoGP bosses to add a second bike when it is ready, with the 24th and final grid slot in the premier class reserved for that purpose.

Japanese rider Takaaki Nakagami has emerged as a contender to join Crutchlow at LCR on a second bike next season, with Honda and series promoter Dorna both believed to be eager to promote the Moto2 frontrunner.

Crutchlow said that was a situation he would prefer for 2018, having grown tired of carrying sole responsibility for the team's performance on his shoulders.

"I want a team-mate next year," said the British rider.

"I'm sick of being the only rider. It puts the emphasis of the whole weekend on me.

"I'd rather them look after and concentrate on someone else.

"I know that sounds stupid, but in the end, the whole thing is on you.

"The guys in the garage are standing for one rider when it's better to stand in there for two.

"It's more stress to prepare, to create, but I think it's better."

Crtuchlow recently signed a factory Honda deal that will keep him at LCR for the next two years. 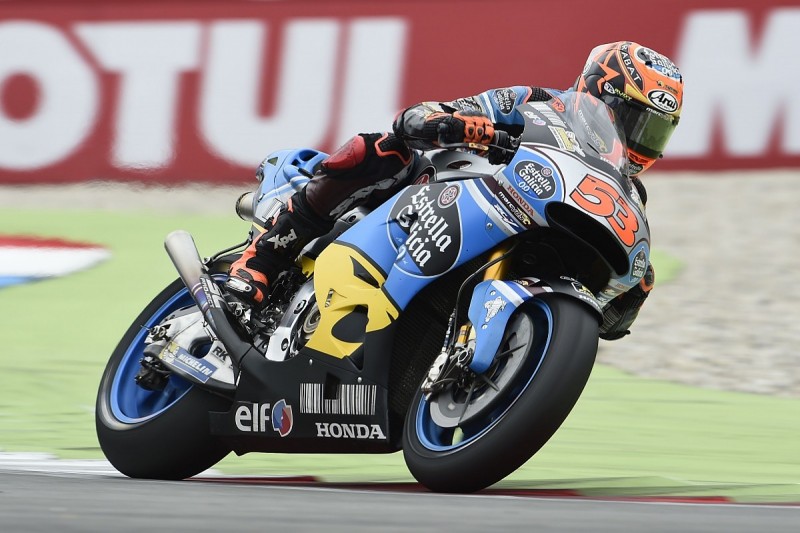 Pointing to 2015 Moto2 champion Tito Rabat, who has struggled since graduating to the premier class with the Marc VDS Honda squad last year, Crutchlow said he could help make the RC213V a more manageable bike for a rookie to ride.

"The bike is so particular to ride," added Crutchlow.

"When did you see a guy come from another manufacturer and come into Honda and do well? Casey [Stoner], sure, did that sort of thing.

"Tito scored the most amount of points ever in a Moto2 season, he's fast.

"Now all he's doing is trying to follow people because he can't get a laptime. He's changed crew chiefs three times, he's lost.

"I'll try and help my team-mate if he's a rookie like I did with Jack [Miller], but it's not as easy as that, they need to build a bike that's capable of anyone riding it.

"Maybe that's one of my jobs, to build a bike that's easier to ride.

"When we go and take some of these younger riders in some years, hopefully, they'll find it easier to adapt to this bike."