Oliveira has led the Ajo KTM team in its first season in Moto2 this year, and is currently third in the standings with four podium finishes.

The Portuguese rider is in his second year in Moto2, having graduated to the intermediate class after finishing runner-up in Moto3 in 2015 to Danny Kent - a feat he also achieved with KTM.

"The goal was not that I was to get really fast but it was a test for myself to enjoy the day," said Oliveira.

"I had this opportunity that I think every rider would like to have in his career at least one time but I'm really pleased to have had the chance to try that bike.

"So all in all it was a very good day to do a few laps and enjoy a MotoGP bike. Thank you KTM." 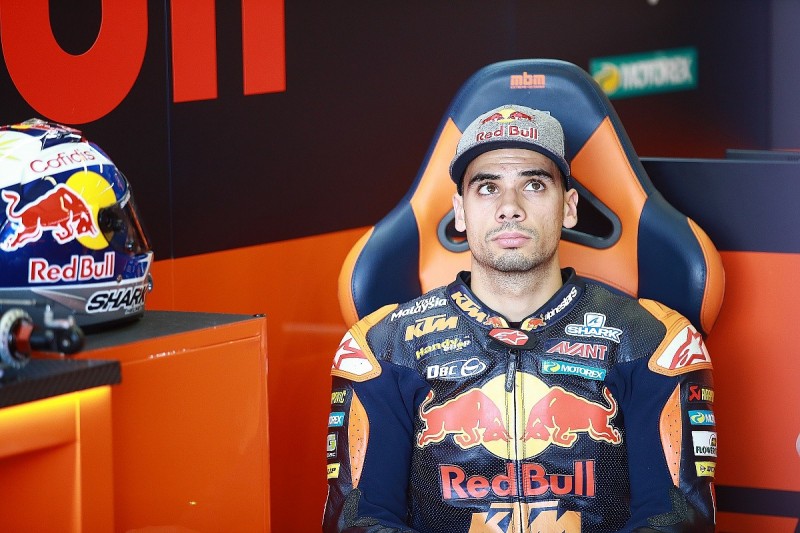 Oliveira was one of four riders taking part in the Aragon test, alongside MotoGP regulars Espargaro and Smith and the manufacturer's test rider Mika Kallio.

KTM completed the first half of its maiden MotoGP season with a best finish of 11th at Assen, and is 18 points behind nearest rival Aprilia in the manufacturers' championship.