The Italian is just points from championship leader Fabio Quartararo ahead of Sunday’s 16th round of the 2022 season at Motegi.

But a wet qualifying on Saturday saw Bagnaia struggle massively, the Ducati rider 2.1 seconds off the pole time down in 12th – while Quartararo and fellow title rival Aleix Espargaro were sixth and ninth.

Bagnaia – who struggled to 15th in the rain-hit Indonesian GP in March - was at a loss to explain his deficit in wet conditions.

“I think that something is not working, because last year I was always competitive in the wet and this year not,” Bagnaia said.

“I’m always struggling. The one time we raced in the wet was in Indonesia, I finished 15th. And then all the practice in wet I was struggling.

“So maybe in this moment on this bike I’m not in my best moment on wet.

“But we have to check the data. I know that for sure something happened because it’s not possible to be two seconds [off the pace].

“I was slower than this morning in a better situation and better condition.

“So, in this moment this result is not acceptable and I need to discover why.” 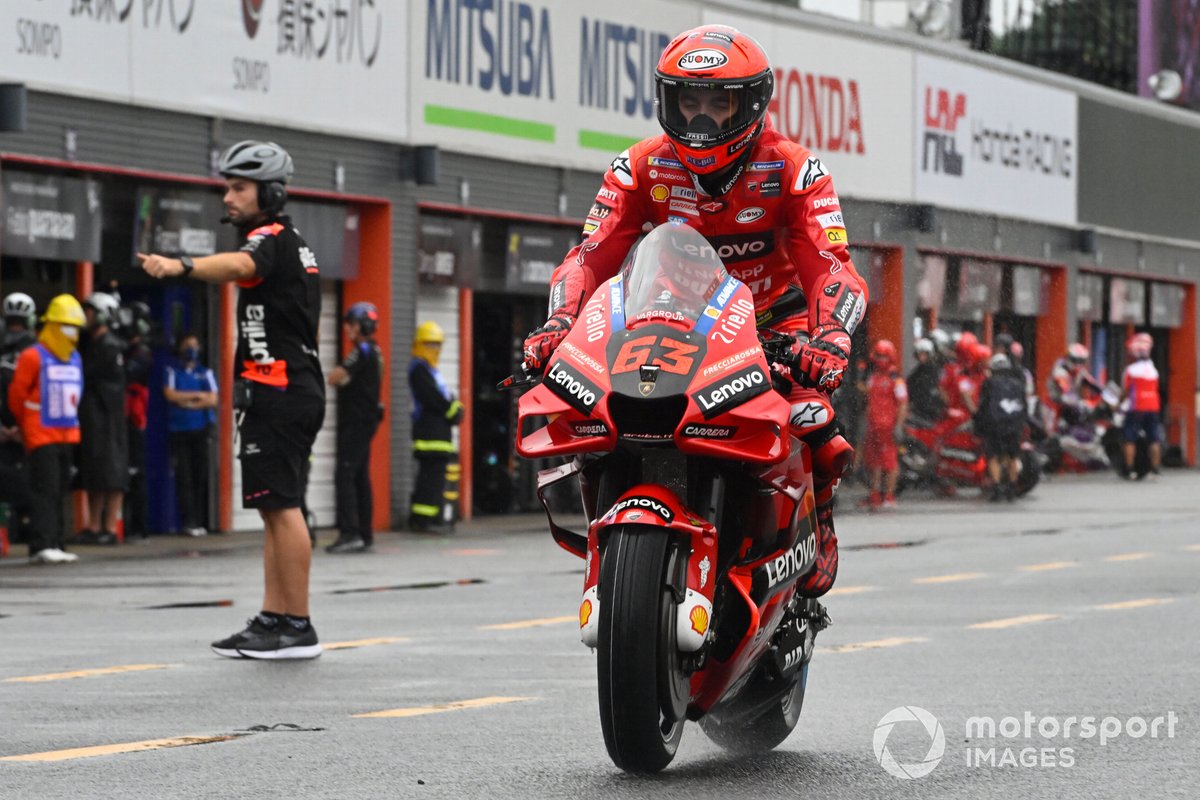 Bagnaia’s 1m57.373s would have put him 21st on the grid had he not made it directly into Q2 at the end of practice on Friday, which he concedes was his saving grace on Saturday having gone slower in qualifying in better conditions than he managed in a soaked FP2 this morning.

“Sincerely I’m not having feeling on my bike, so it’s difficult to know the limit,” he added.

“Normally I’m good in the wet, so it’s strange to be last.

“The only good thing was to be in the top 10 already [at the end of practice], and with my lap time I think I would have been last today.