The Honda rider returned to action two weeks ago at Aragon after a three-month absence following a fourth major operation on the right arm he badly broke in 2020.

Topping this morning’s wet FP3, Marquez carried that form into a rain-lashed and delayed qualifying to claim his first pole since the 2019 Japanese GP – 1071 days ago.

Due to heavy rain, qualifying was delayed by over an hour as the preceding FP3 session was cancelled to try and make space in the schedule.

Though Q1 started as the rainfall intensified again, it had eased somewhat for the pole shootout session.

Marquez set the early pace with a 1m56.955s, but was immediately bested by Ducati’s Jack Miller and then championship leader Fabio Quartararo on the factory Yamaha.

Marquez would return to the top of the order with a 1m55.810s with around eight minutes of the 15-minute Q2 remaining, improving to a 1m55.698s moments later after Pramac’s Johann Zarco – who came through Q1 – briefly took over at the top of the pile.

Though a number of riders would threaten Marquez’s pole, he would cement it with a 1m55.214s in the final three minutes to take his 91st MotoGP qualifying success by 0.208 seconds from Zarco. 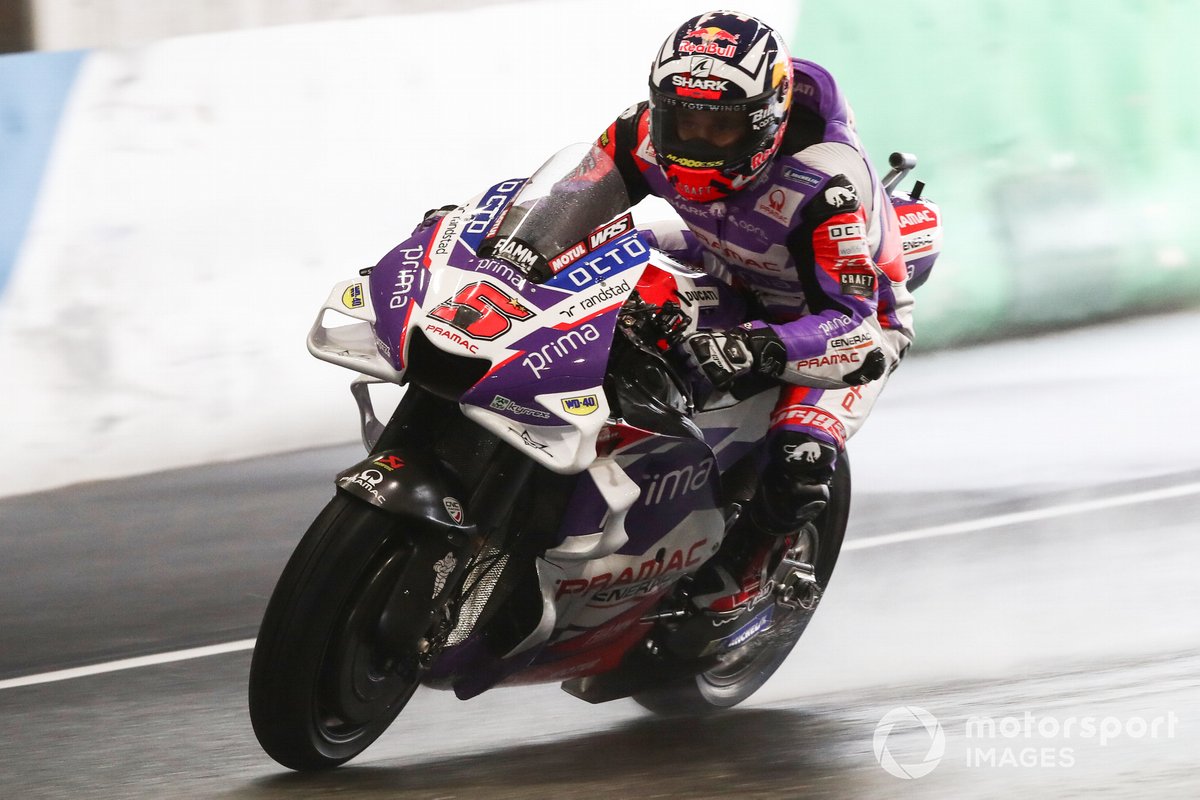 A big rear-end moment late on in Q2 would stop an angry Quartararo from improving on ninth, while his nearest title rival Francesco Bagnaia was 2.1s off the pace down in 12th on his Ducati.

Though he came into Motegi as an outside title bet, Enea Bastianini’s chances of boosting his remote hopes took a severe battering as he failed to get out of Q1 after a late crash left him 15th on the grid.

Jack Miller could only manage seventh on his factory team Ducati, while a late crash while on a lap that would have challenged for pole left KTM’s Miguel Oliveira in eighth.

Between Quartararo and Bagnaia came Luca Marini on his VR46 Ducati and the sister factory Honda of Pol Espargaro.

VR46 Ducati’s Marco Bezzecchi was just 0.139s outside of a place in Q2 as he lines up 13th from the factory Yamaha of Franco Morbidelli. 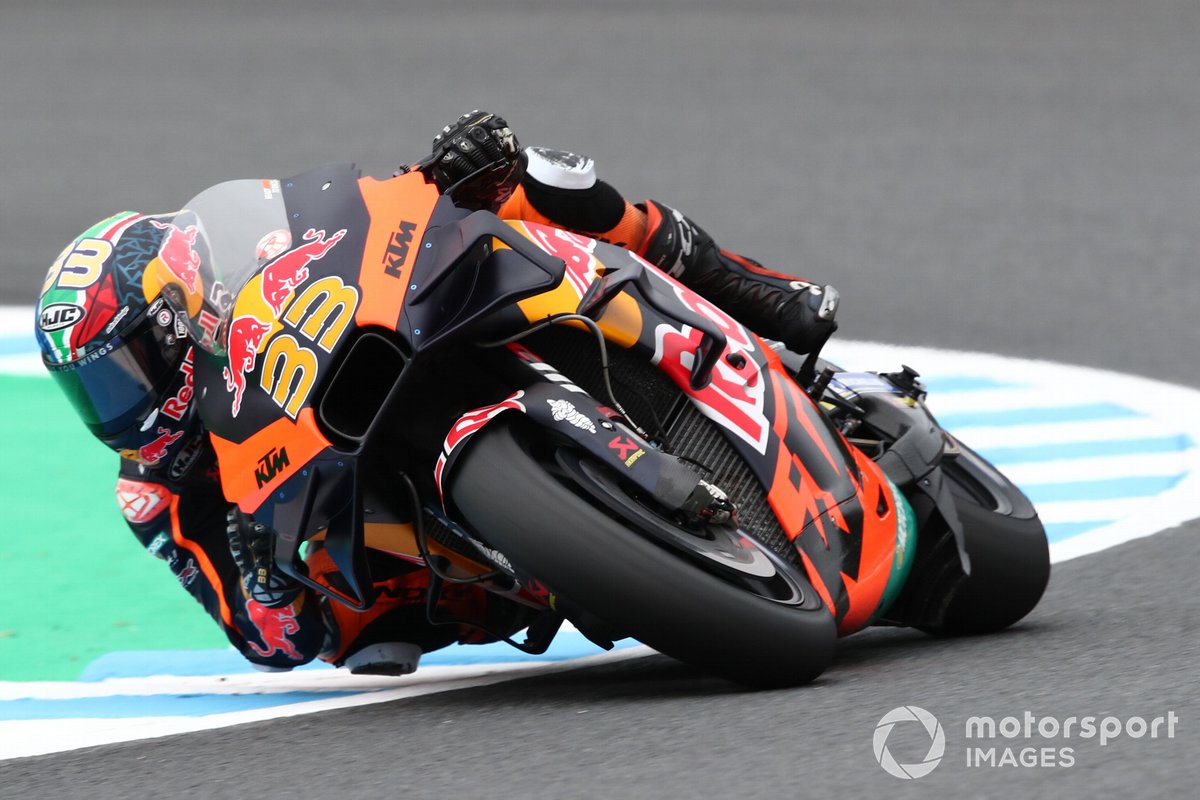 Numerous yellow flags caused havoc for Suzuki’s Alex Rins, who had several laps cancelled and was unable to advance on 18th. Honda wildcard Tetsuta Nagashima will launch from 19th on his MotoGP debut on Sunday.

Remy Gardner was the faster of the Tech3 KTMs in 20th as team-mate Raul Fernandez was 22nd after a crash.

Joan Mir’s Suzuki replacement Takuya Tsuda slotted in between the pair, while Cal Crutchlow headed RNF Racing team-mate Darryn Binder – who also had a late crash – and the sister LCR Honda of the injured Takaaki Nakagami, who slid off early in Q1.