The #7 Toyota was fastest in the Le Mans 24 Hours warm-up as Glickenhaus Racing and Corvette Racing were among those to hit trouble in an incident-packed session.

The #709 Glickenhaus 007 LMH of Franck Mailleux had not even logged a single lap during the 15-minute session before hitting trouble, as the French driver appeared to spin exiting Mulsanne corner before coming to a stop on the right-hand side of the track.

It was later revealed by marque boss Jim Glickenhaus that it had been caused by “a sensor issue that kicked out the traction control”.

“There was a connector that hadn’t been properly attached, so it was a kind of rookie mistake that we’re not worried about,” he explained.

Moments later, another one of the American favourites, the GTE Pro pole-sitting #64 Corvette C8.R of Nick Tandy was also seen cruising at reduced speed between Mulsanne and Indianapolis, albeit making it back to the pits.

There was further drama when Nico Muller beached the #10 Vector Sport LMP2 ORECA 07 in the gravel, which combined with Alexandre Cougnaud suffering an off at the Dunlop chicane in the #3 DKR Engineering LMP2 meant there was a full-course yellow period.

This meant many cars did not set a representative lap, with those that did so generally only getting one or two clean tours of the Circuit de la Sarthe on the board.

Splitting the two Japanese cars to go second overall was Rene Rast in the LMP2 pole-sitting WRT ORECA 07, 1.941s slower than Conway but four tenths up on Buemi. 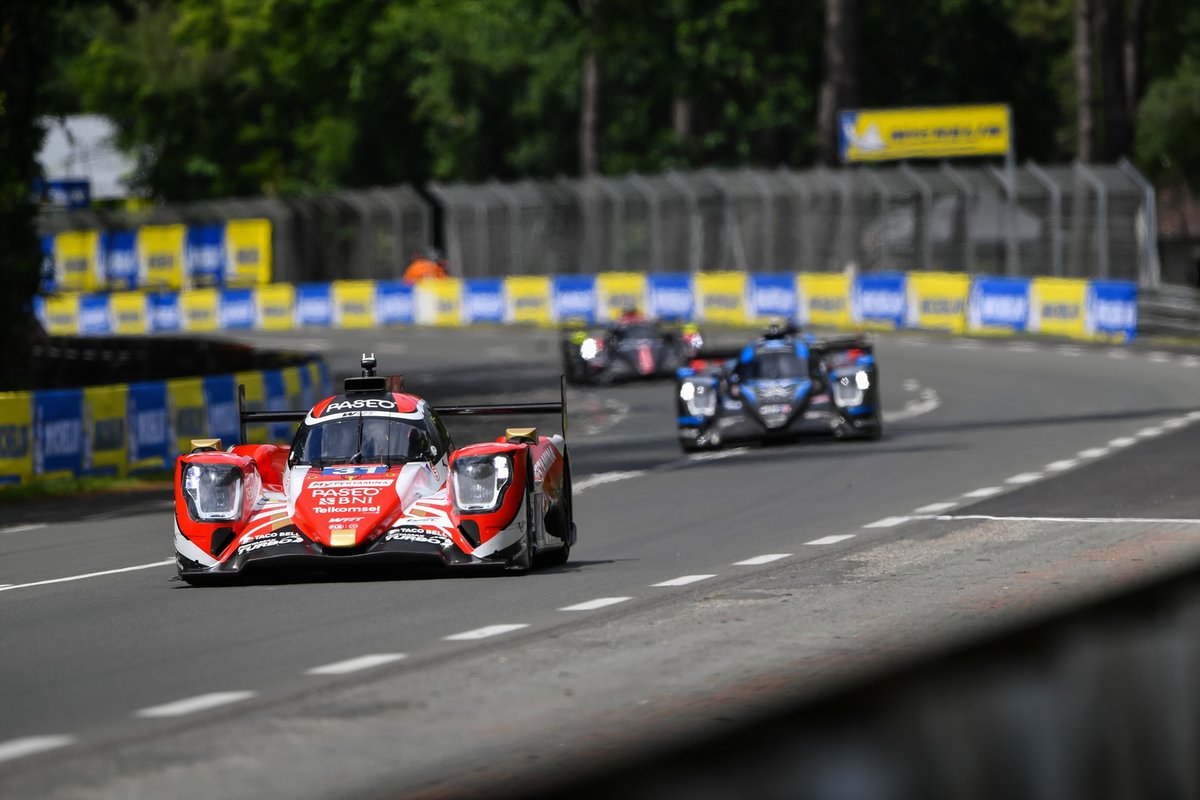 Romain Dumas was eighth-fastest in the only Glickenhaus to set a representative lap, behind two more LMP2 runners, the #48 IDEC Sport car of Paul-Loup Chatin and Alex Brundle in the #34 Inter Europol Competition machine.