Pato O’Ward scorched to his first IndyCar victory in the second race of the Texas double-header, as the Arrow McLaren SP driver passed Josef Newgarden to win.

O’Ward was in swaggering form all day, and looked set to take the lead of the race for the final 50 laps of the race when team-mate Felix Rosenqvist brought out a caution moments after the front runners had conducted their final pitstops as his right-rear wheel fell off.

But Newgarden had performed a pit overcut at the right moment, instead assuming the net lead of the race – behind the off-cycle trio of Takuma Sato, Ryan Hunter-Reay and Marcus Ericsson, although the latter two eventually made stops under the safety car.

Once the race had restarted for the final 50 laps, Sato kept the lead for the first couple of tours and attempted to defend from Newgarden, but was powerless to avoid the Penske driver’s overtures for the lead – and the Rahal Letterman Lanigan driver had to also concede to O’Ward on the following tour.

Newgarden was unable to shake off O’Ward over the next laps, however, and although the two-time IndyCar champion staved off the Mexican at the start of Lap 226, O’Ward kept the throttle planted and steamed past moments later.

With an abundance of pace, O’Ward was able to build a break over Newgarden and opened the lead out to 1.3s - which proved to be enough to reward the 2018 Indy Lights champion with his first IndyCar win.

Newgarden finished the race with a healthy buffer over Graham Rahal, who had been in the mix for the lead earlier on having battled with reigning champion Scott Dixon for control, but ultimately secured third place ahead of the Chip Ganassi Racing driver. 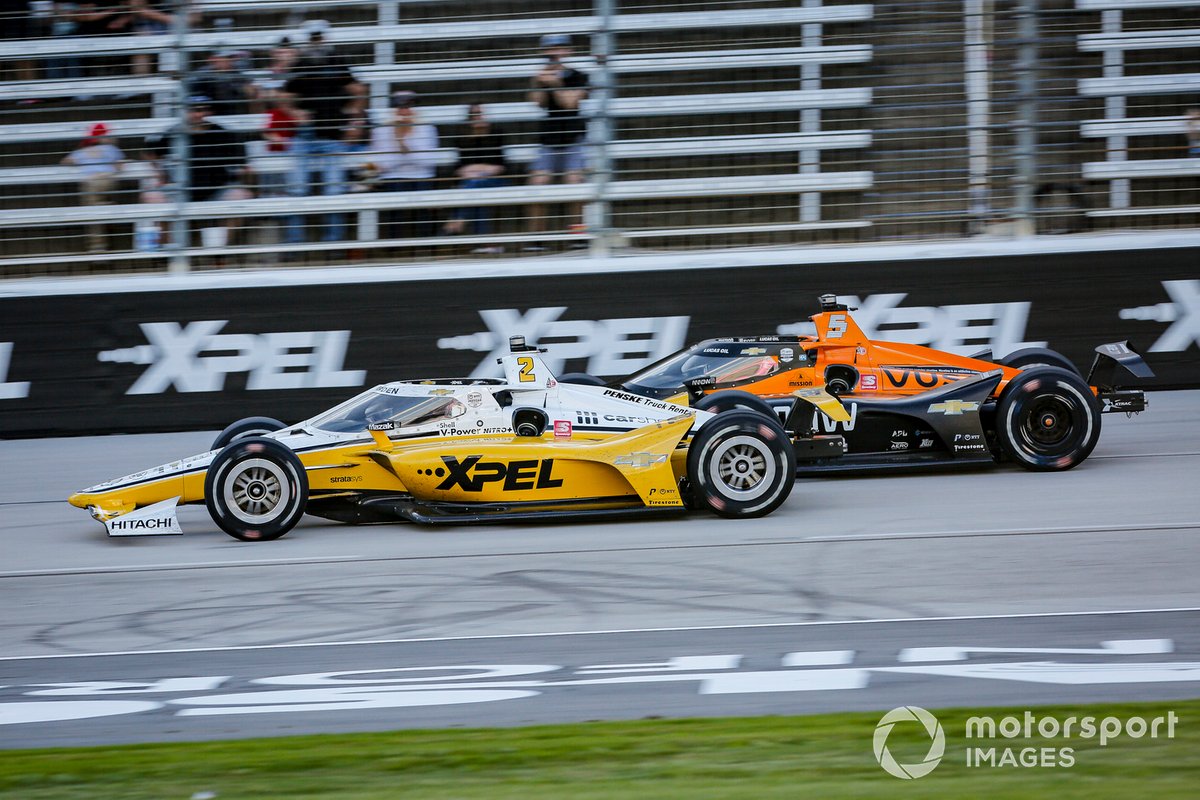 Rahal had been able to factor at the front following an earlier caution as the first half of the race was drawing to a close; a wheel bearing failure for Jack Harvey left the Meyer Shank driver having to retreat to the pits and retire – with suspected oil on the road producing a caution.

This allowed the likes of Will Power and Rahal to jump a number of other cars in the pack - including Newgarden - as the field collectively pitted, but O’Ward then rounded both Rahal and Newgarden in an audacious move around the outside of Turn 1.

But after Rahal moved back past the eventual race winner, he duelled with Dixon – who had led the full first half of the race after starting on pole.

The two came in do their final stops before the Rosenqvist-instigated caution, with Dixon narrowly holding the advantage off the pitlane, but Rahal cleared the Race 1 winner moments before Rosenqvist’s wheel bolted for freedom.

Colton Herta put in a strong drive to claim fifth, making good progress up the order after his final pitstop and passing Simon Pagenaud at the final restart.

Pagenaud finished over a second ahead of Alex Palou, who had spent most of the race behind his CGR team-mate Dixon and tracking him closely, before losing a glut of positions in the pitstop following Harvey’s mechanical failure.

Scott McLaughlin followed up his Race 1 podium with eighth place, well ahead of Rinus VeeKay and Ryan Hunter-Reay, who completed the top 10.

Power had been in the battle at the front earlier on, but having dropped back slightly by the time of the final restart, but came off worst in the three-wide battle as Herta passed Pagenaud. 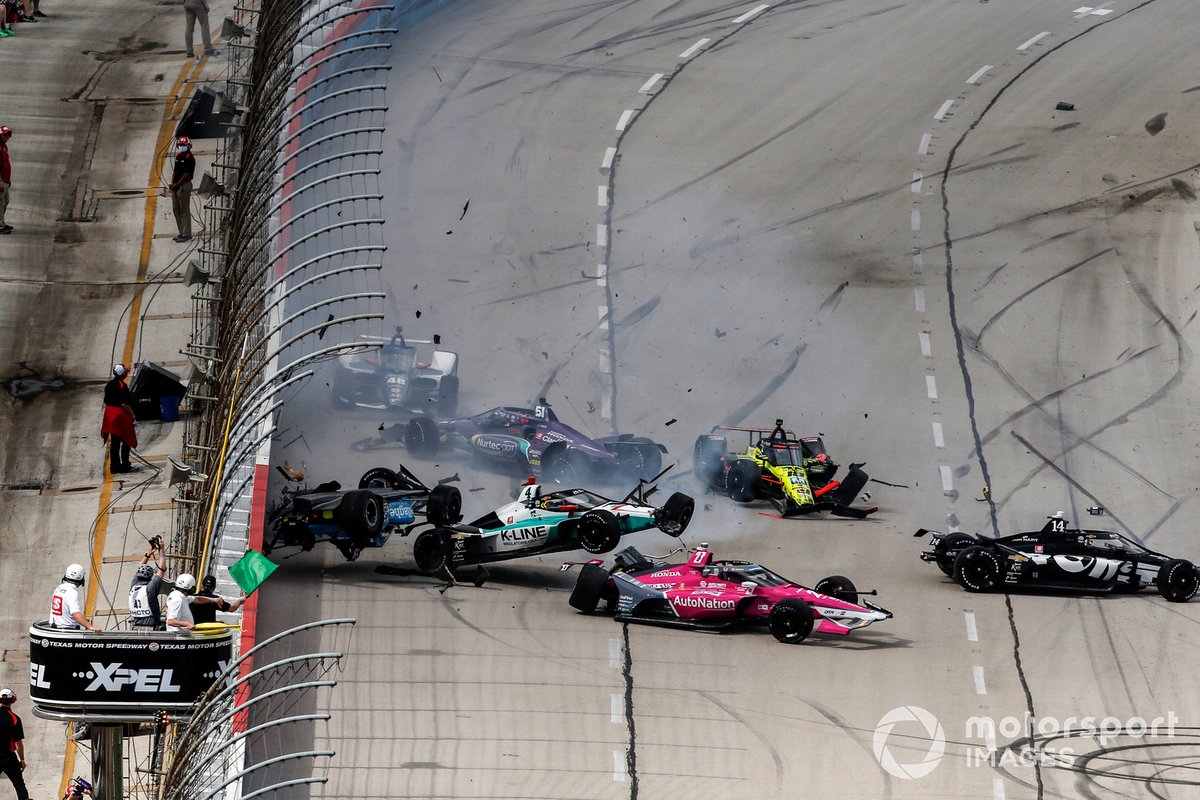 Power then slid up too high, hitting the wall and having to pit after sustaining a vibration to finish 13th behind Ed Carpenter and Marcus Ericsson - while Sato finished 14th after having to pit late on.

A first-lap pile-up began as soon as the race got underway, as Pietro Fittipaldi nudged the rear of Sebastien Bourdais which put the French driver into the side of Alexander Rossi.

The fracas also collected Bourdais’ AJ Foyt team-mate Dalton Kellett, the second Dale Coyne car of Ed Jones, and the sole Carlin of Conor Daly – who was turned upside down before coming to rest the right way up upon the grass verge.

Tony Kanaan, the oval stand-in for multiple NASCAR Cup champion Jimmie Johnson, was also collected amid the chaos by Fittipaldi, but managed to escape with nothing more than a broken front wing – although he was unable to remain on the lead lap.

Fittipaldi left the incident with a sprained finger, but there were no further injuries.