Pato O’Ward will hold McLaren boss Zak Brown to his promise of a post-season Formula 1 test after his maiden IndyCar win at Texas, but won't push to switch series.

The Arrow McLaren SP driver passed Josef Newgarden late on in the second of the series' two races on the 1.44-mile Texas oval on Sunday to secure the first win of his IndyCar career and the first for the team previously known as Schmidt Peterson Motorsports since its partnership with McLaren was formalised prior to the 2020 season.

It was also the 29th win for the McLaren brand in IndyCar, coming over 40 years after Johnny Rutherford won both rounds of a double-header at Atlanta Motor Speedway in 1979.

After O'Ward took pole for the IndyCar season opener at Barber Motorsports Park, Brown promised the Mexican a run in F1's Abu Dhabi 'young driver' test in December if he could win a race this season.

Brown reiterated that he would uphold his end of the bargain on Twitter, writing: "A deal’s a deal @patriciooward - what a win! See you in Abu Dhabi later this year!"

O’Ward, who previously raced in Formula 2 and Super Formula during a short-lived spell as a Red Bull junior in 2019, said that although he was excited by the opportunity to test a current-spec F1 McLaren, he wasn’t angling for a seat in the team which currently has Lando Norris and Daniel Ricciardo on its driver roster.

“My heart's with IndyCar,” said O’Ward who became the series’ first Mexican winner since Adrian Fernandez at Fontana in 2004.

“It's just great racing and it's so, so competitive.

“I think for a driver there is nothing harder in the world. I think many drivers can agree with me that have come from Formula 1 to IndyCar…. 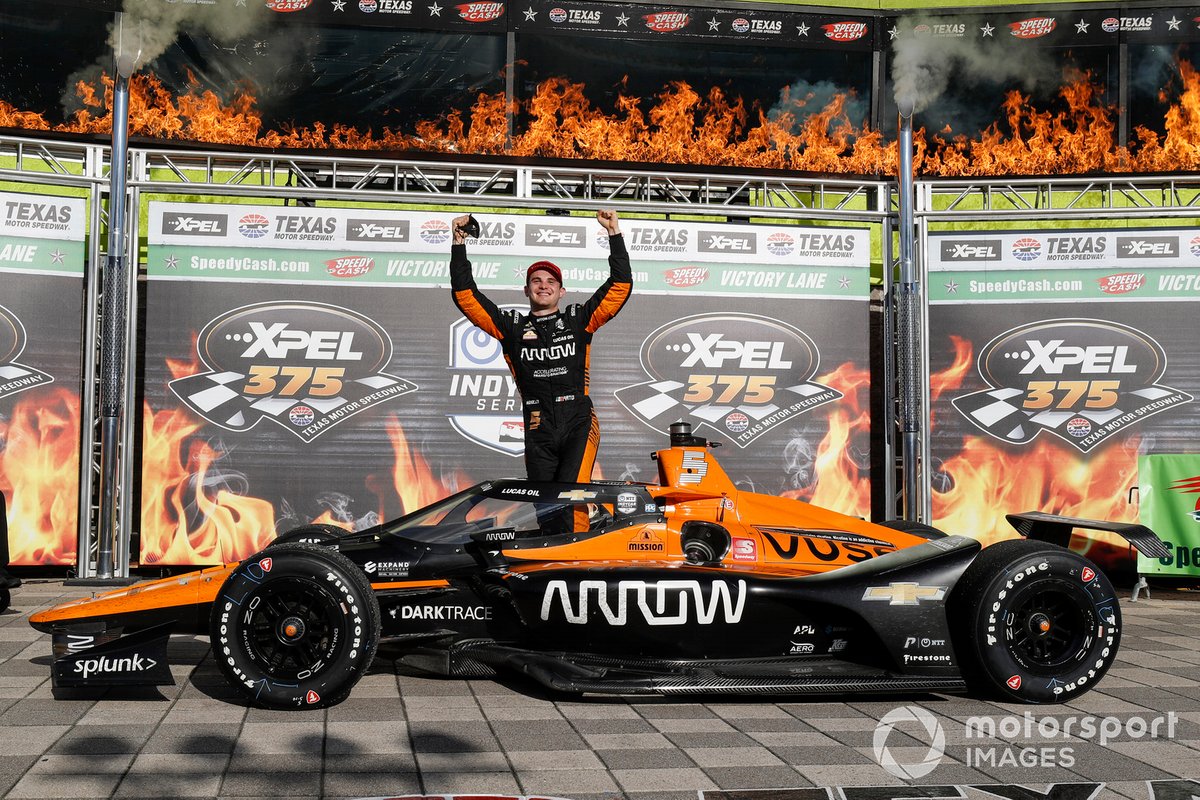 “You know what, Formula 1 is the peak of technology. Everybody wants to go there.

“If the opportunity ever came by, [if] Zak said, ‘There's a seat open, I want you in my team,’ I'd be pretty dumb not to take it because it would just be a crazy opportunity. They don't come often.

“Right now I'm focused on the job that I have in IndyCar. I want to make the best of it.”