Herta scored a pole position at Road America and won at the Circuit of the Americas earlier in the season, and is considered one of the championship's hottest prospects after his impressive rookie year.

Herta declined to comment on talks for next season but said a return to his current team "doesn't seem like that's going to happen", with the outfit believed to be needing additional funding for next season.

"There's a lot of talks about what I'm going to do next year, none of which I really want to say yet," said Herta, son of IndyCar and CART race winner Bryan Herta, who now manages Colton's career.

"I think it would be great to stay with the same team next year but it doesn't seem like that's going to happen, I can tell you that.

"Obviously if there's something better on the table, you can't wait, especially when you're this young, you might not get another shot, you might get spat out like a lot of drivers do.

"If there's an established team that's available, I think I have to take serious consideration into it.

"As of right now I don't like thinking about contracts for next year, I prefer to get through the season.

"My sole focus is on Harding Steinbrenner right now." 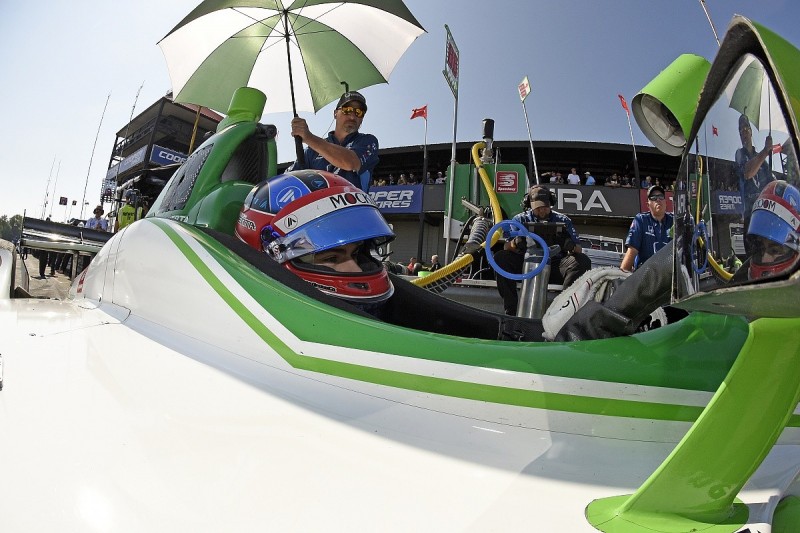 Harding Steinbrenner Racing is affiliated to Andretti Autosport, and it is understood that neither team owner Michael Andretti nor Honda want to lose Herta from its stable with talks between the three parties believed to be ongoing.

The difficulty would come in where to place Herta as Andretti's main seats are taken for 2020.

Sam Schmidt - who's team will merge with McLaren to run a two-car team in IndyCar next year - has confirmed his interest in Herta, but that move appears unlikely.

Herta - who spent some time in Europe earlier in his career - said he hasn't given up on reaching Formula 1, but that he would be equally as happy securing a top seat in the United States.

"I think you always have to look at Formula 1," he added.

"Either way I'm not going to complain."