Daly lost his full-time IndyCar seat with AJ Foyt Racing at the end of 2017 and made an Indianapolis 500 one-off attempt before he replaced Chaves for Toronto.

A 13th place finish on the Toronto street course meant Daly gave Harding its best result of the year before he and Chaves both conducted testing at Mid-Ohio.

The team has now confirmed that Daly will continue in place of Chaves as Harding evaluates its 2019 driver line-up while attempting to expand to become a two-car outfit.

"After the progress made during the Toronto race weekend, we had another successful outing in Mid-Ohio with Conor Daly," said team president Brian Barnhart. 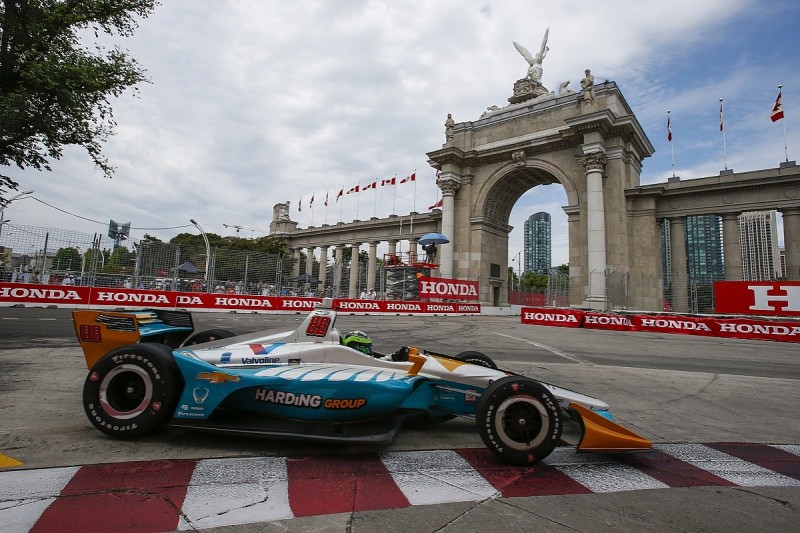 "Based on that and in the interest of continuity and moving forward, we are going to run Conor again this weekend for the Honda Indy 200.

"We still appreciate Gabby's cooperation and interaction because he is still very much involved with downloads, team debriefs and dialogue.

"In our search for more information and improvement, this will be our direction for Mid-Ohio, with an eye towards the future."

Daly added:"I'm obviously excited about another chance to work with the Harding Racing team at Mid-Ohio since we were able to test there just last week.

"Every lap I do in the car, I learn more and we make progress as a team on the technical side.

"I can't wait to get back out there and give it all I've got for these guys, as they are an incredibly hard working group of people."

Chaves has a contract in place for 2019 and Daly is unable to complete the remainder of the current season due to his planned NASCAR Xfinity series debut at Road America on August 25, which clashes with Gateway.

How an unloved device created 'the greatest motor race'