Leaving Honda for Chevrolet was a "big negative" in Schmidt Peterson Motorsports' partnership with McLaren in IndyCar, but the deal was a "no-brainer", according to team boss Sam Schmidt

Schmidt's team will merge with McLaren for a full season of IndyCar next year under the Arrow McLaren Racing SP banner with Chevrolet power, in what will be McLaren's first full season in the top tier of American single-seater racing since 1979.

It became clear as McLaren evaluated its IndyCar plans that a Honda engine supply was not an option, following the end of the parties' difficult Formula 1 relationship.

SPM has been a long-term Honda team in the IndyCar series and currently runs a two-car squad. When asked how difficult it would be to part with the engine manufacturer, Peterson said: "Extremely difficult, you know, because there is that loyalty.

"There is that length of time and a lot of success, and at the end of the day, they are a great motorsports and OEM operator.

"When they aren't winning, they do everything possible to win, so we wanted to stay in that camp.

"When you draw the line down the centre of the paper and you put your pros and cons on each side, that was definitely a big negative to doing this deal.

"On the other side of the page, there was so many positives that it really was, you know, a no-brainer.

"At the end of the day, it's just unfortunate, but it's ultimately their decision." 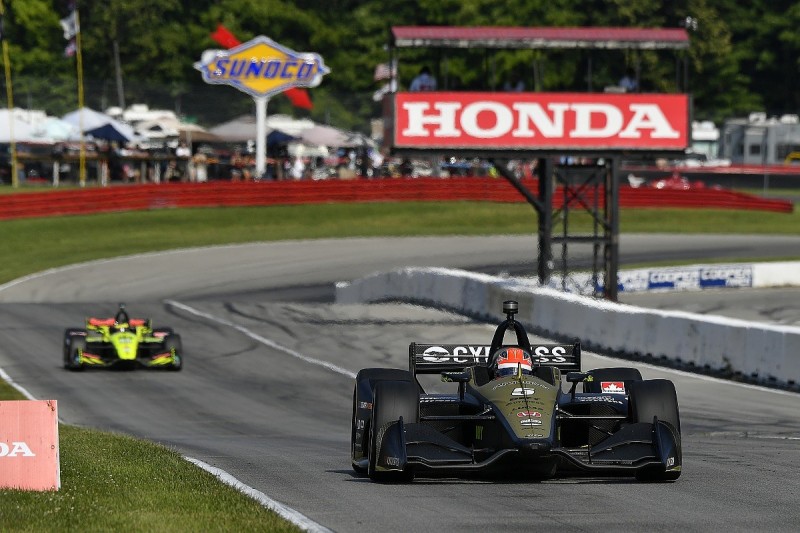 Following the announcement of the McLaren deal and the split with Chevrolet, Schmidt immediately moved to affirm his commitment to James Hinchcliffe, the driver having a close relationship with Honda as an ambassador and often appears in Honda's national TV commercials among other commitments.

Zak Brown - who was present at the press conference announcing the deal but confirmed double CART champion Gil de Ferran would oversee the team's involvement in IndyCar - said that his phone had been "very active" after the news broke with drivers enquiring about the team, but that any driver decisions would be made jointly with Sam Schmidt.

McLaren SP will run a full-time two car next year, but both Schmidt and Brown confirmed the plan was to run a third car for the Indianapolis 500.

McLaren has attempted two recent Indy 500s with Fernando Alonso. A one-off partnership with Andretti Autosports in 2017 ended in an engine failure, while the team failed to qualify after linking up with Carlin this year.

Brown said he would discuss the chance of an IndyCar return with Alonso at the Italian Grand Prix in August.