Aside from his shock victory in the 100th Indy 500, ex-Formula 1 driver Rossi's first IndyCar campaign featured only one other top five finish.

In Toronto last weekend he qualified eighth and benefited from pitting just before the race's second caution, then chased winner Josef Newgarden to the finish.

"It's a huge relief to finally get a podium and get it off our back," said Rossi.

"Something we've been close to and searching for, for a long time, and it hasn't happened.

"Finally we made the right calls and made it."

The result came despite Rossi struggling in Friday practice.

"We were staring into the bottom of the barrel Friday afternoon," said Rossi.

"We were really lost. We were the slowest.

"We had a lot of soul searching Friday night. We stayed quite a bit later at the track than in a long time.

"We just really analysed everything that we could and made some pretty solid changes overnight that suited me really well." 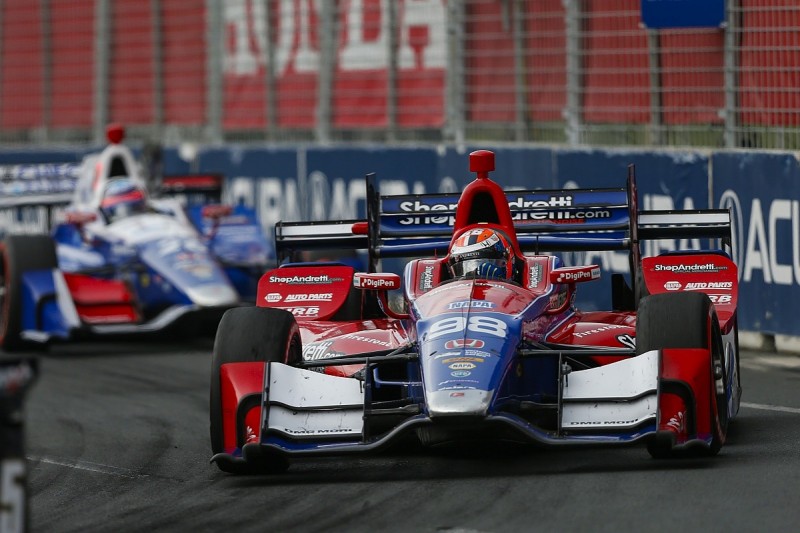 It also marked a turnaround for Andretti Autosport in Toronto, where last year the team's highest qualifier had been Carlos Munoz in 15th and Marco Andretti was its top finisher in 10th.

"If you look at where we were last year, to having three cars in the top 10, really having something to fight for, it's a testament not only to this weekend and the strength the team has shown, but also this off-season and how much better 2017 has been for us and has been for Honda," said Rossi.

"I think things are starting to finally come together. We've been looking for a breakthrough this year - I think this is it.

"Hopefully we can climb up and get that win."